To be honest, Gemini Man is the kind of film I’d really have a better time with if John Woo had directed if twenty years ago. Like some bizarre Face/Off jigsaw puzzle, the film’s central premise, in which an ageing, post-I Am Legend Will Smith is pitted against a Fresh Prince Of Bel Air-era Will Smith in a technical exercise from “visionary” director Ang Lee, a director whose currency in modern film-making leans heavily towards the expensive auteur end of the spectrum. For better or worse. Yes, the man who brought us films as disparate as Hulk and Brokeback Mountain gives in to the pressure of a paycheck and serves up Gemini Man, a highbrow action thriller that depends a great deal on the success of its incredible visual effects, effects I might add that play a huge part in why this film was ultimately unsuccessful. The film should have played like gangbusters in cinemas, because it offers a crowd-pleasing idea shouldered by one of cinema’s most bankable modern stars, and yet it foundered badly and slunk out of the multiplex circuit almost as fast as it entered. 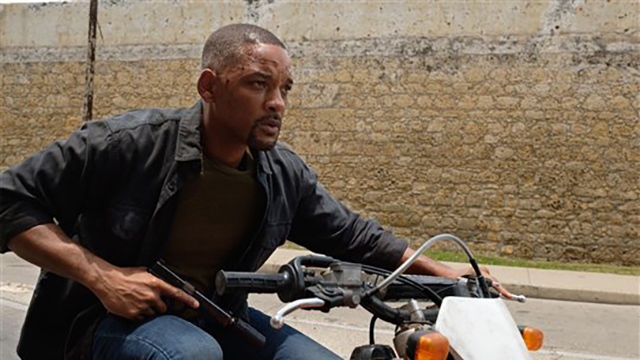 Too-old-for-this-shit government assassin Henry Brogan (Smith) is looking to exit the business, finalising one last job before settling down in this Georgia, USA home in peace. This doesn’t last long, however, when Clayton Varris (Clive Owen), the ruthless director of a secretive Government programme known as GEMINI, sends a kill-squad to take him out. Naturally, they fail, but Brogan, together with a DIA Agent Dani Zakarewski (10 Cloverfield Lane’s Mary Elizabeth Winstead) and Brogan’s old army buddy Baron (Benedict Wong – Doctor Strange) go on the run to find out exactly why Varris wants him dead. It has everything to do with a cloned assassin of a much younger Brogan (again, Will Smith and some mind-blowing CGI) who pursues him vigilantly. 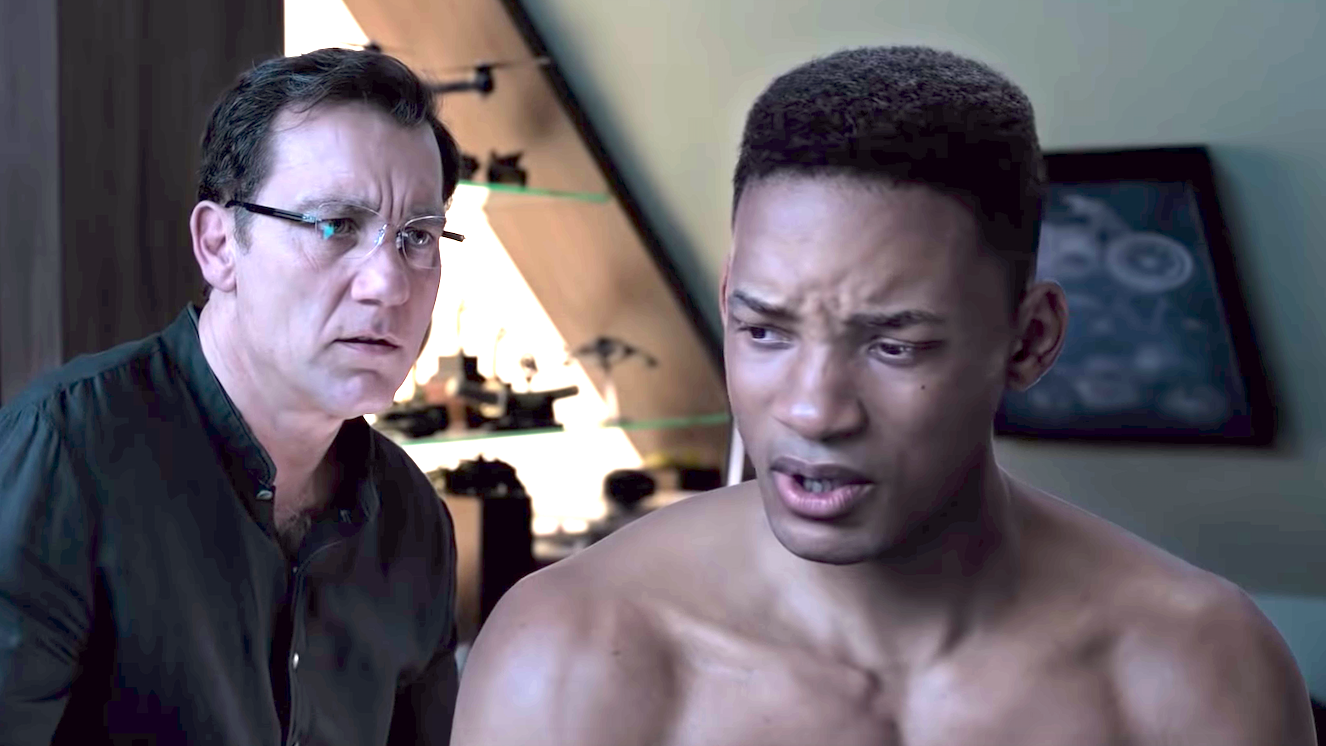 High-concept techno-thrillers don’t come more arthouse than Ang Lee’s Gemini Man, an action film masquerading as a Rembrandt painting featuring a committed if ill-suited Will Smith performance and some truly remarkable CG. Before getting to that, let’s tackle the traditional stuff. Story: Gemini Man is co-written by one half of the Game of Thrones maestros in David Benioff, and consequently the script sucks asshole. I mean, it’s not really all that clever, a bog-standard spy-vs-spy assassin flick buried behind some competently directed action sequences and a flurry of paper-thin espousing on the nature of humanity. You’ve seen this film before, in a hundred other similarly backdropped genre pieces, although admittedly watching a young mid-1980’s Will Smith lay the smack on today’s older, slightly greying senior version is a blissful joy even if the film makes far too little use of the concept. So your mileage on the story itself, and even the vagaries of the associated character archetypes within, will vary depending on your vintage with this class of movie. It’s not a particularly interesting character piece, nor is it even a competently written piece, shackled by tone-deaf moralising and hackneyed plot twists as it is, so it has to do a lot of work to maintain your interest.

Ang Lee’s style as a director isn’t, in my opinion, one best suited to the kind of action film Gemini Man so desperately wants to be. As I alluded to, this is the kind of film John Woo would have absolutely killed in the 90’s, back in his Broken Arrow, Face/Off heyday, and I felt a tinge of regret watching Lee try to ape his contemporary’s joie de vivre behind the camera. Lee’s films tend to be beautiful studies in humanity’s rawness and society’s melancholy, not bullet-shredding explosion-fests that are meant to gobble up popcorn and box-office receipts. His work in the action sequences of Gemini Man are to be applauded for their technical merit, although too often the old “shaky cam” close-ups ruin otherwise exciting moments of tension. An overuse of CG when it’s really not required, particularly all-CG body-doubles at crucial times, jar the eye away from the story and/or characters, whilst the overuse of frantic, higgledy-piggledy editing to heighten suspense actually does the opposite. It’s hard to be tense for the story when you’re half expecting to have a seizure from the discombobulation. 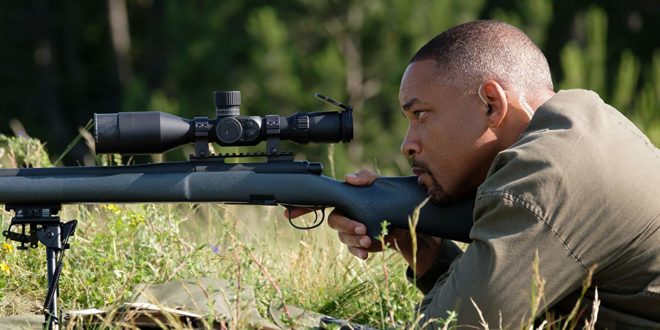 Gemini Man has some standout moments – a rooftop pursuit and motorbike chase through a Colombian town is a highlight – and some pretty dreary and nonsensical ones (such as the entire third act), resulting in a film of tonal imbalance and propulsive expediency at the expense of dramatic weight. All the careful work Lee does in setting up the premise, from the legitimately exciting opening assassination gambit (torn right out of a James Bond film) to the eventual realisation by Smith’s Brogan that he’s up against his own clone, is magnificently done, if not peppered with wonky character work. The film’s finale, your typical Hollywood showdown featuring a bazillion faceless goons and more weaponry than a standard Michael Bay movie, is an orgy of silliness and poorly executed genre tropes, most of which are somewhat salvaged by Smith’s committed work in front of the camera. Mary Elizabeth Winstead is affecting as the non-romantic lead for the film, even if her character is as bland as a wooden plank, whilst Benedict Wong seems to have a blast in his limited-capacity extended-cameo role of a former army buddy of Brogan; he’s the smartass wisecracker in the film, designated as such by his Hawaiian shirts and constant snide remarks. Of course, Clive Own overplays the bad guy role but when has he ever not, to be honest. 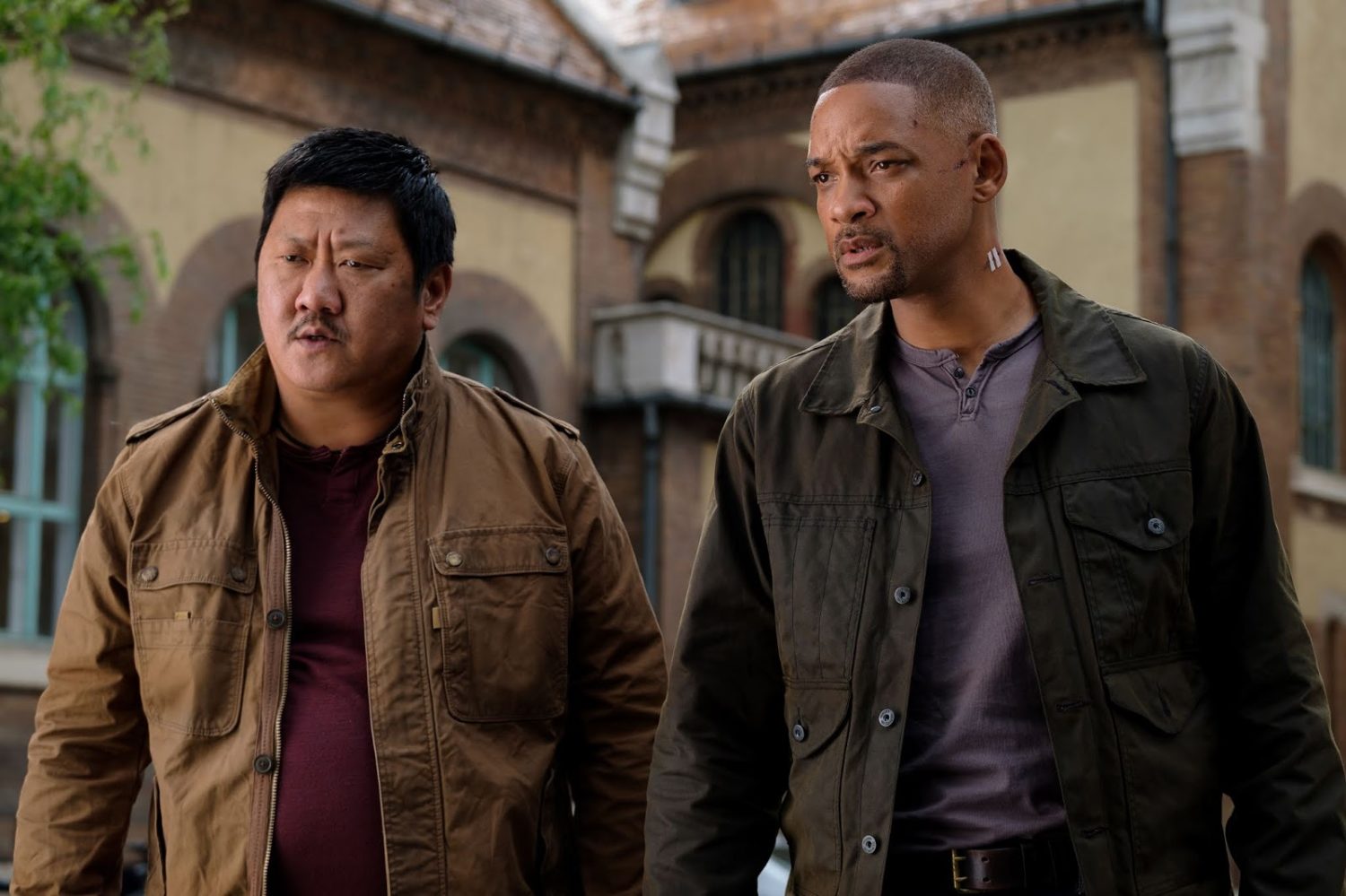 It’s the film’s defining aspect which creates such a fractious film, however. You so desperately want the film to be so much cleverer and better than it is in order to support the exorbitant amount of money thrown at the digital de-aging of Will Smith back to his early 20’s in order to play his own clone. For 90% of the film the effect is seamless, at times bordering on breathtaking, but there’s a really iffy 10% stuck in various places (a scene at the very end of the film is ghastly uncanny valley shit compared to the bulk of the rest of the movie) that unglues your attention from the story and sticks it onto the film’s technical proficiency. The performance of “young” Will Smith in this is largely excellent, mo-capped from the real actor and Deepfaked into looking for all the world like Lee and his team travelled back in time and plucked the actor from the Fresh Prince Of Bel Air set just for this one movie. But it’s not enough to save the film, no matter how good you think the CG is. Instead, it’s an arty piece of canvas painting lacking the real muscularity a seasoned action director might have brought. The story is pure Michael Bay. The technical wizardry is pure James Cameron. The star wattage of Will Smith is a guaranteed win at the box office. Gemini Man ought to have been a blockbusting masterpiece. Sadly, it isn’t. 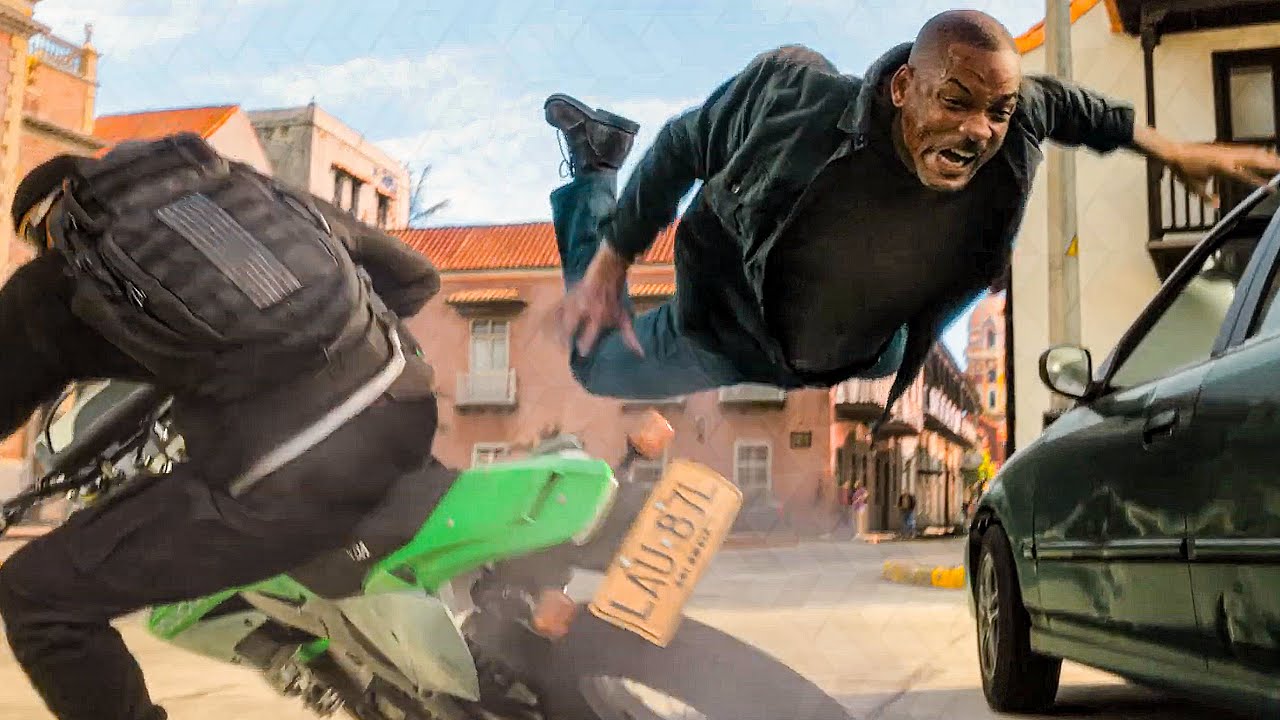 Despite an earnestness behind the camera and a willingness in front of it, the film’s craptacularly ordinary screenplay and reliance on hoary old assassin genre tropes run this thing into the ground before it ever fires up. The film’s key effect is left to appear far to late before you’ve lost interest, and by the time it does appear the whole film takes a sharp turn into WTF Town and never turns back. Ang Lee’s eye for humanity and use of weird camera angles (nigh constant front-on shots with people looking almost directly into the lens) are discordant with the action film genre’s known wheelhouse of storytelling techniques (maybe that’s something I have to come to grips with as I mature?) and the effect is one of distance rather than invitation. Mind-blowing digital de-aging effects notwithstanding there’s very little here to be positive about; in spite of everything, Gemini Man is a routine, generic potboiler assassin flick that hinges on its chief asset and never ascends to greatness because of it.