Made for the Essenay Studio and released in 1915, Charlie Chaplin’s The Tramp represented a cementing of the “little fellow’s” core traits and personality within the confines of his short reel big screen adventures. Although the character had appeared numerous times on screen before The Tramp came along, it has been the opinion of historians with greater knowledge than I that this short really identified a solidified personality that remained intact for the films to follow. In truth, The Tramp isn’t even that good – sure, it’s got its moments like all Chaplin films had, but it isn’t the best film of his I’ve seen – and I think the short remains the focus of genre buffs, Chaplin fanatics and cinephiles rather than a general audience at large. This isn’t to say you shouldn’t watch it, because I’d never recommend anybody not watch a Chaplin film for a lesson in early Hollywood history, but considered alongside other films of this vintage to come from Chaplin’s camera it’s decidedly middle-tier. 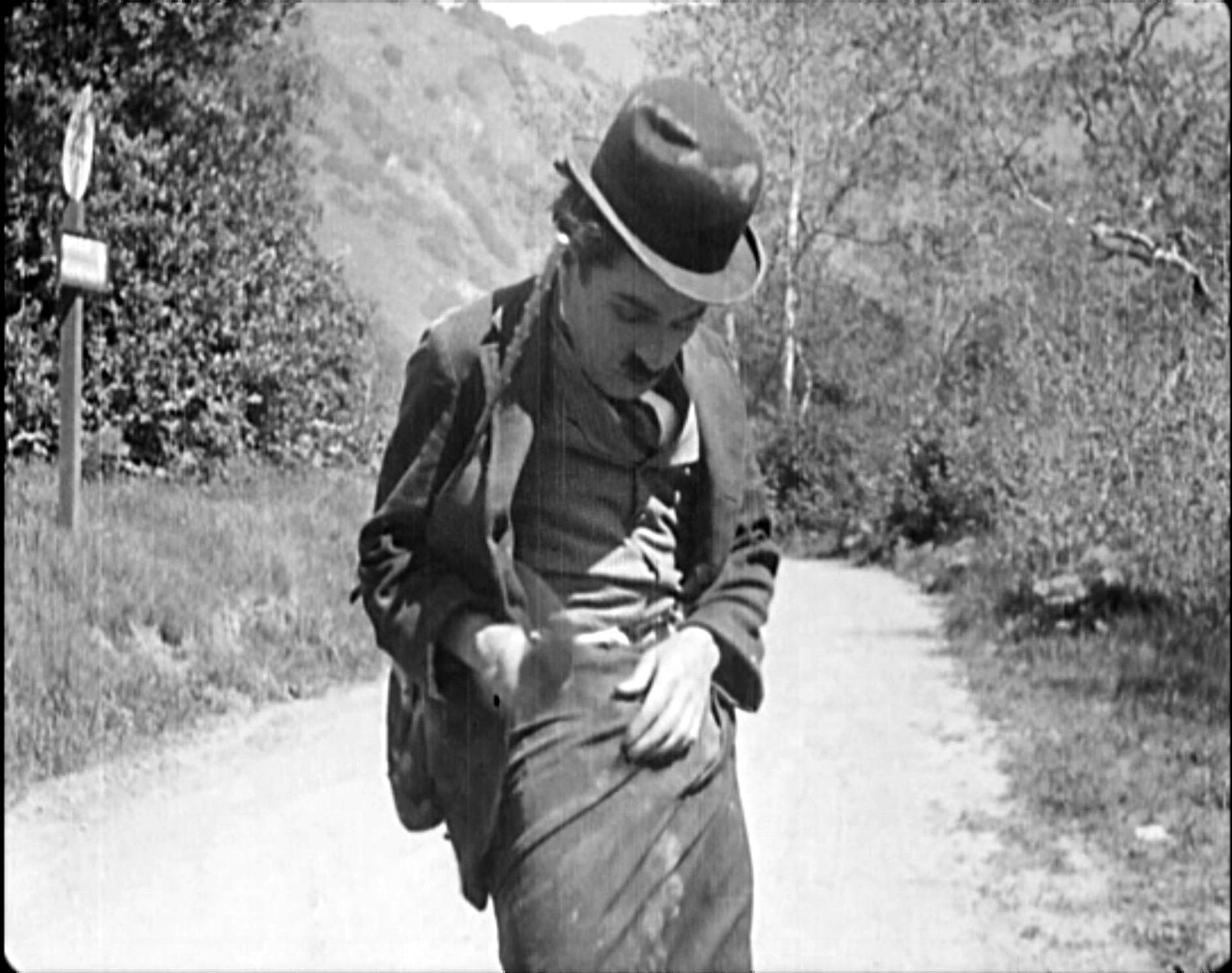 Synopsis courtesy Wikipedia:  The Tramp (Charlie Chaplin) finds the girl of his dreams (Edna Purviance) and works on a family farm. He helps defend the farm against criminals, and all seems well, until he discovers the girl of his dreams already has a boyfriend. Unwilling to be a problem in their lives, he takes to the road, though he is seen skipping and swinging his cane as if happy to be back on the road where he knows he belongs. 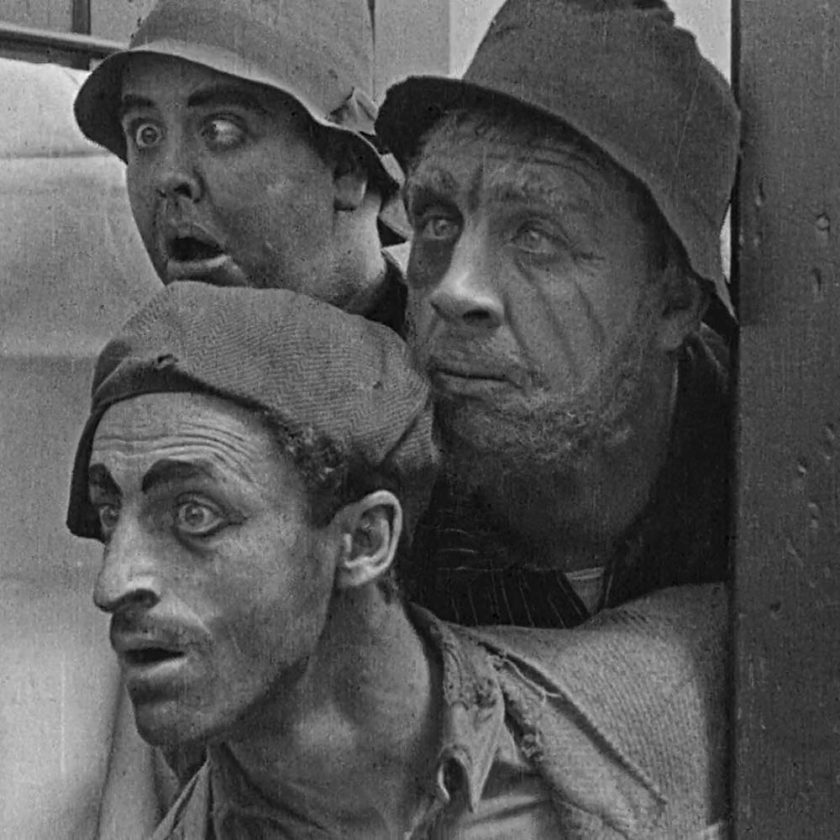 The Tramp comes with a distinctly more mature narrative than that in previous Chaplin comedies. Whereas the character was originally a cartoonish pratfall-and-pranks caricature, with The Tramp Chaplin had tried to soften the harsher elements of his personality into something more rounded. The fact that the Little Fellow shows emotional complexity with regards to his fellow man (and woman), something that would personify a lot of the later shorts for Mutual and First National. Worry not: there’s still a lot of physical comedy within The Tramp, some of which works and some of which falls utterly flat, but the notion of the Tramp being an entirely selfish and self involved individual seems to diminish during the time the film came along. Chaplin’s character work opposite Edna Purviance’s eponymous Woman, his long-standing leading lady, isn’t one of juvenile insouciance, but rather quite cattish, more refined with his desires and declarations of affection. It’s an intriguing style to take, for sure, and the end result will vary depending on your tolerance for physical harm, but one worth studying as we journey through Chaplin’s early film career. 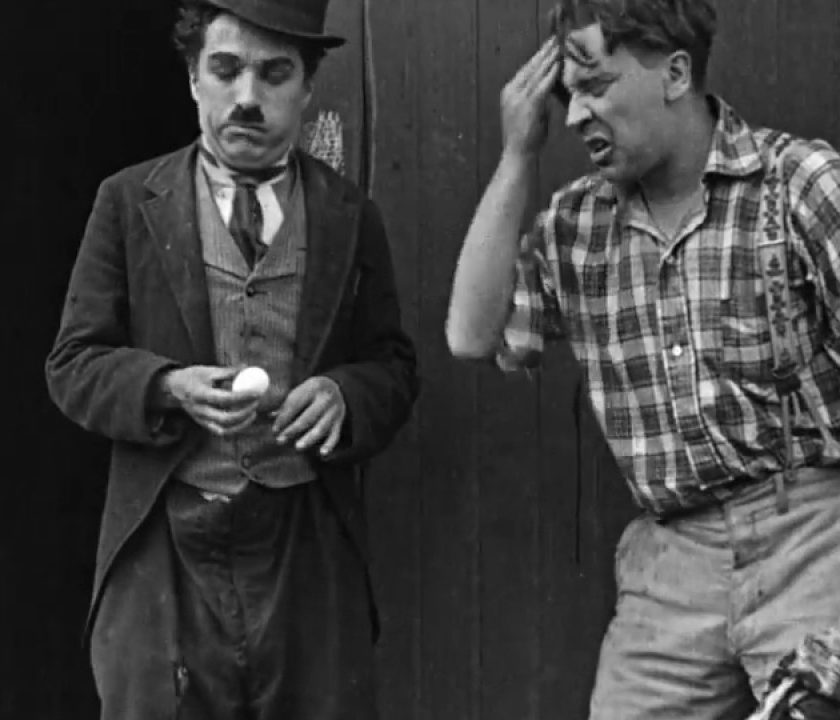 Chaplin’s Tramp is nothing without an antagonist against which to dally, and in The Tramp there’s no fewer than three; dastardly bandits played by longtime Chaplin players Lloyd Bacon, Leo White and Bud Jamison provide a lot of the shorts’ ragged conflict, most of which involved the Tramp continually prodding people with a pitchfork or dropping sacks of flour (I think) from a height onto unsuspecting heads. While the patter of Chaplin’s patented shtick wears thin after the fifth or sixth minute of a confused farmhand being jammed in the ass by Chaplin’s mean-spirited antics, one imagined audiences roaring with laughter at the impropriety on display and that is all that keeps this thing afloat. The story – if you can call a series of vague vignettes a story – is paper thin and coherent only for the notion of illicit romance budding in the summer sun, quantified by the end result of the Woman’s fiancee arriving and Chaplin promptly backing down and leaving: this film probably should have ended with Chaplin and the fiancee (Lloyd Bacon in a dual role) fighting for the love of Purviance’s character, but in a sign of a more mature filmmaker, Chaplin opts for the Tramp to do the honourable thing and simply take his leave. 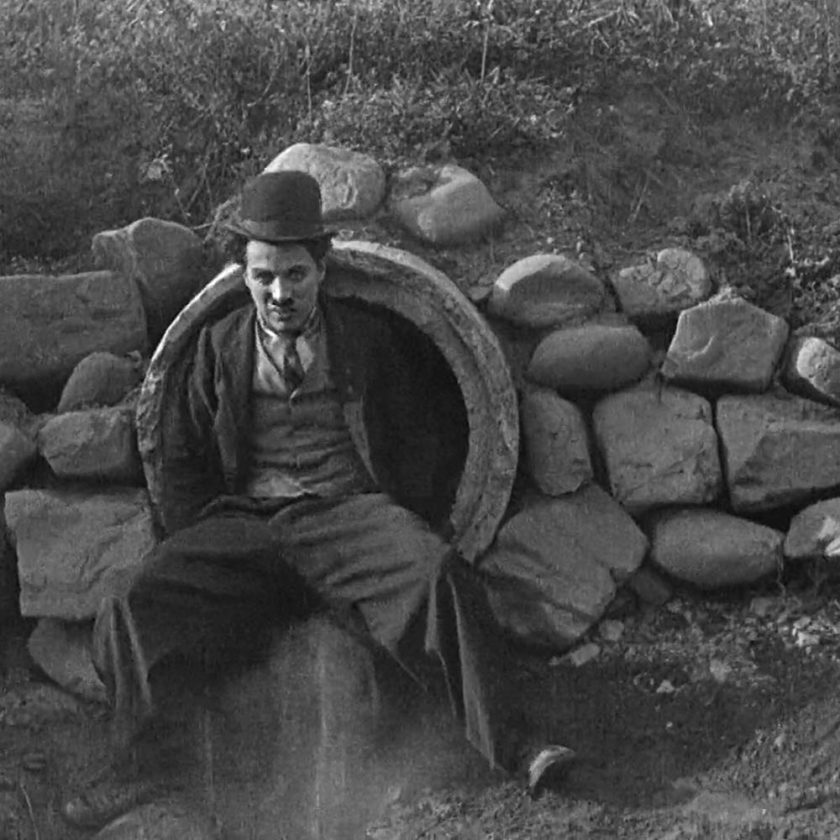 As was typical for silent films, the characters all inhabit a cinematic universe in which vaudevillian theatricality remained the order of the day. Having to push so much emotion into facial expressions and body movement rather than spoken dialogue ensured that the makeup effects and limited closeups worked in harmony enough that audiences of the day could understand what was going on. The bandit trio sport particularly evincing makeup to make them look “swarthy”, which today looks positively hilarious, but given the era’s lack of high definition and low-quality film houses one suspects these kinds of tricks were employed to enhance an already low-fi technological age. Chaplin’s editorial choices are excellent, and generally his comic timing is impeccable, but the film’s hyper-reliance on physical comedy that drags on too long (for a 30 minute short film, at least) is among its more problematic elements. 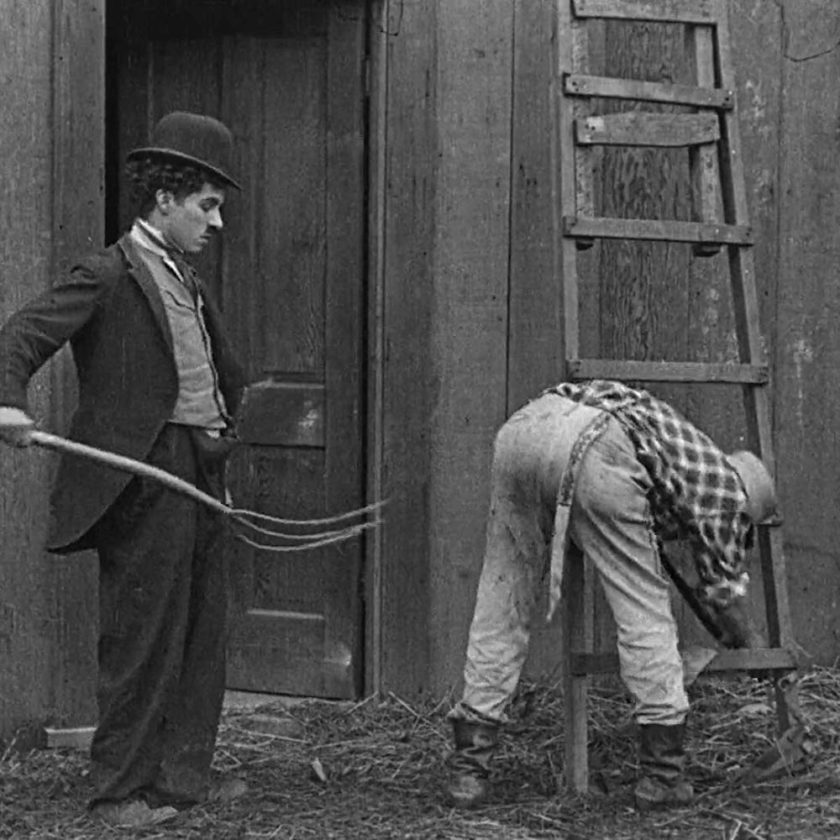 Criticising a film that over a century old seems overly cynical in this modern consumerist age, given the tableau of content the post-millennial culture enjoys in such volume, but it’s worthwhile noting the film’s place in not just Chaplin’s voyage as a filmmaker but in the pantheon of silent era landmarks. The Tramp, whilst not the most accomplished thematic short Chaplin ever produced, has its time to shine in moments, but resolutely remains stuck in the time in which it was made, contains a number of clever comedic sequences and a lot of far more uninteresting material that, were it not for the name above the title, could consign this film to a mere curiosity. As it stands, The Tramp is one of Chaplin’s least compelling comedies (of those I’ve seen to-date) in spite of the development of his craft and character at the time.