Principal Cast : Hilary Swank, Clara Rugaard, Rose Byrne (Voice).
Synopsis: A teenage girl is raised underground by a kindly robot “Mother”, designed to repopulate the earth following the extinction of humankind. But their unique bond is threatened when an inexplicable stranger arrives with alarming news.

It may very well be an entirely fair statement to suggest that everything in great cinematic science fiction has been thought of or accomplished. After all, it’s a genre saturated by clones and homages to stories and ideas that have been done before, often many, many times. Remember when The Matrix came along and reinvigorated the genre back in 1999? And how many films tried to imitate it, or at least ride on its trailblazing coattails? This isn’t to suggest Netflix’ latest little brain-teaser is in any way comparable to the Wachowski’s seminal masterpiece, but at the very least I Am Mother is a truly unique vision of a post-apocalyptic future that owes a little of its visual vernacular to other recent films (including Duncan Jones’ Moon and Neill Blomkamp’s Chappie), but wholeheartedly approaches its blacklisted screenplay with a startling fidelity of creative nuance to differentiate it from all that’s come before. 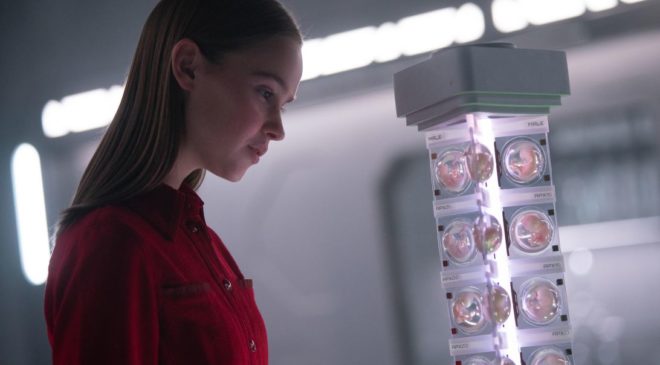 In an indeterminate future, mankind has apparently been wiped out by some apocalyptic event, and an underground bunker, monitored by an enormous semi-sentient Pentium PC named “Mother” (voice of Rose Byrne), who begins to repopulate the planet by growing new humans in a laboratory. The only one she manifests, a young girl known only as “Daughter” (Clara Rugaard), lives with Mother in a state of perpetual education and soulless existence, watching reruns of Jimmy Carson’s Tonight Show and slowly becoming inquisitive about the outside world. One day, Daughter discovers an intruder, known only as “Woman” (Hilary Swank), injured and requiring assistance, outside the bunker and invites her in, which jeopardises Mother’s plans of maternal mastery and causes Daughter to reconsider the trust she’s previously placed in the implacable automaton.

Remember that old two-line “scariest story ever” joke? You know: “The last man on Earth sits alone in a room. There’s a knock at the door.” I Am Mother proposes extrapolating such a premise with high-focus intelligence, and in execution Australian-born director Grant Sputore (in his feature film debut) has achieved a thoroughly provocative achievement in science fiction intelligence: creating a story that accomplishes both visceral thrills and prickling the old grey matter, something few modern films attempt when they can simply blow stuff up. Essentially, I Am Mother is a capsule film, with the central character restricted to one setting, and our viewpoint largely restricted to remaining within that setting creating an atmospheric and oppressive sense of fear and trepidation. 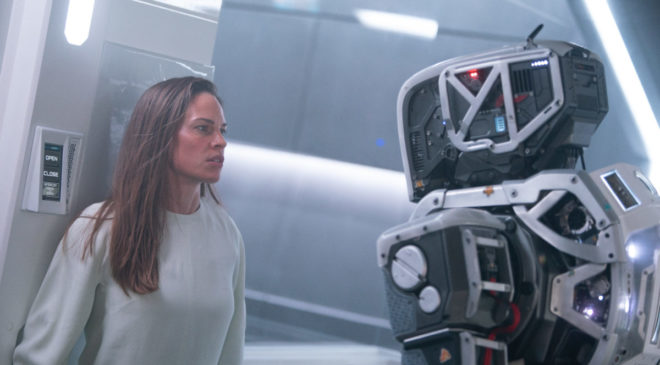 The screenplay, a 2016 Black List entrant written by Michael Lloyd Green, is a rumination on the drive for human survival in the face of imminent annihilation, and our relationship with technology to accomplish this. The central character of Daughter epitomises the hope and lament of our destructive proclivities – only towards the film’s climax do we glimpse what has become of our world, but even then it’s not entirely clear what has transpired – and the film’s mystery is cannily wrought by both Green’s restricted writing and the truly atmospheric direction of Sputore. One could suggest glimpses of Ridley Scott’s Alien within the setting of the bunker’s labyrinthine hallways and sterile residence bays (is there an aesthetic in sci-fi that hasn’t been done before? I doubt it!) and in the gradual build-up of tension within Daughter’s situation, and Woman’s arrival at the bunker’s main airlock, is masterfully accomplished. 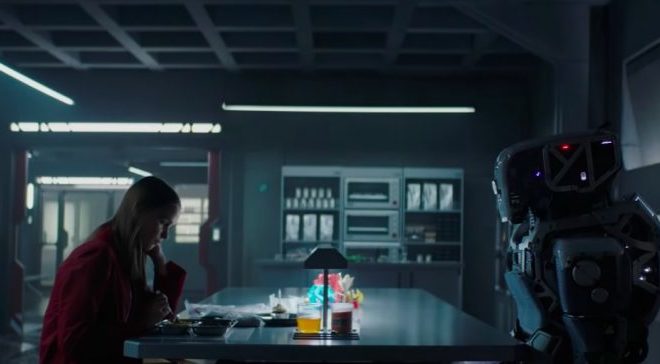 The film’s glue, however, isn’t in the jaw-dropping fully-realised WETA-built “Mother” robot – which looks like the worst nightmare of people who build personal computers – but rather the performance of young Dutch actress Clara Rugaard, who delivers work here far beyond that which the script asks for. Rugaard is absolutely mesmerising in what is effectively a survivalist B-movie, shouldering the burden of emotional content in both the situational and intellectual, turning her virginal innocent role into the dirt-smeared, blood-splattered heroine of many a space opera (I hearken back to Alien, which featured the preeminent female space hero in cinema, Sigourney Weaver’s Ripley, to which I Am Mother owes a debt of gratitude) and her screen chemistry is absolutely sparkling. I hope that this film will be her breakout role: she’s talented as hell and gorgeous as all get out. 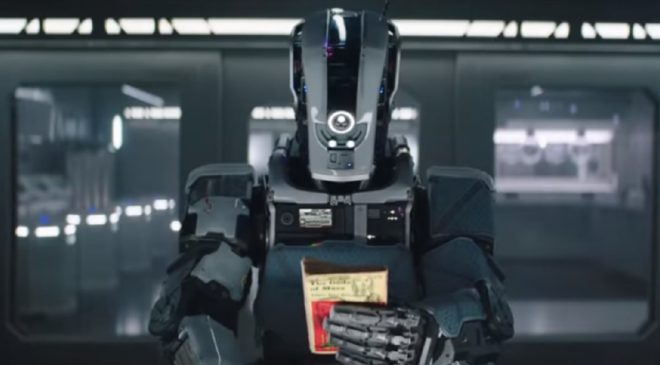 Hilary Swank’s performance more than ably accommodates Rugaard’s, as the older Woman for whom her arrival at the bunker represents a ripping of the bandaid from the skin of the scenario. Swank’s character is the story’s grit, grinding the well-oiled gears of Mother’s established rule of law, and bringing formerly established truths into a harsh, bloody examination. Woman asks a lot of Daughter in terms of trust, gradually wearing down her belief that Mother is all-knowing and has her best interest at heart (she does not, truth be told). Swank isn’t given the greatest emotional arc but with the little she’s asked to achieve she certainly brings her all to the role. That being said, it’s the appearance and attitude of the film’s robotic centrifuge, Mother, that makes I Am Mother work so well. A gigantic humanoid-shaped robot akin to having IBM create a Decepticon; with it’s gigantic box-shaped head and single oculus preventing any real sense of reasonableness or humanity behind its motivations, Mother’s hydraulic presence within the bunker is an eerie and creepy manifestation of all our collective fear of technology gone bad. The robot was almost entirely practical, from all reports, and if that is the case it’s a remarkable achievement in visual effects that deserves all the awards. 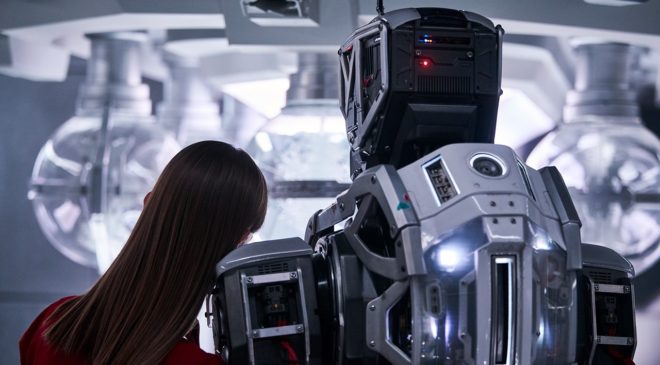 I Am Mother made me think, and it’s not the kind of film that wraps things up at the end with a nice bow. It asks you to enjoy it, and soak up its terrific visual style (the film was shot in my local Adelaide Studios, which is exciting in the first instance!) but also to consider the heady questions of genetics, eugenics and human survival it asks. Grant Sputore obviously has a singular style and he brings it to bear in a hugely atmospheric way with his debut feature; like his countryman Alex Proyas, his visual style is crisp, slick and certainly one-of-a-kind, and I cannot wait to see what he brings to us next.