In the insular world of online film fandom, the name Joe Cornish is met with the reverence and awe of the most esteemed cult figures. The acclaimed Attack The Block helmer, also known for his scripting duties on projects such as The Adventures of Tintin and Marvel’s Ant-Man, is something of a legend among many in my social media circle and rightly so: Attack The Block is bloody terrific. The fact it’s taken nearly a decade to get to his second directorial effort has been frustrating, although the end result is, to my mind, a wonderful family fantasy achievement. Repurposing the Arthurian legend myth of British culture and giving it a modern slant, The Kid Who Would Be King is in many ways an updated coming-of-age film in the similar vein to The Goonies or Stand By Me, with a cast of commendable young actors shouldering solid writing and deft direction to bring to life a story almost the entire family can enjoy. And that is a statement one can’t always make. 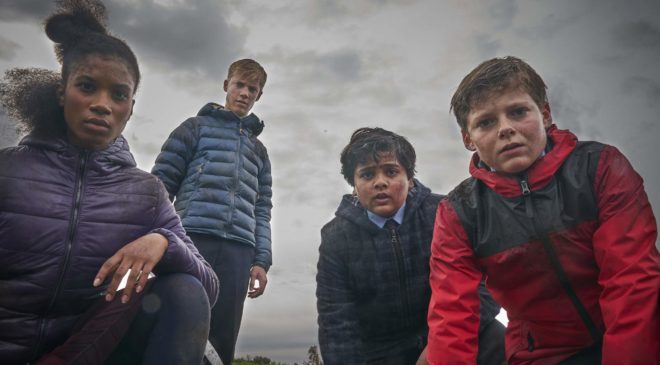 Young Alex Elliot (Louis Ashbourne Serkis, son of British actor Andy Serkis) lives with his mother in a distant London suburb, attends school with best friend Bedders (Dean Chaumoo) and is bullied by resident hoods Lance (Tom Taylor) and Kaye (Rhianna Dorris). One evening, whilst fleeing Lance and Kaye, Alex stumbles upon a construction site where he finds a mysterious sword stuck in some concrete. He pulls it out, much to his surprise, and soon comes to realise that he is duty bound to become the next King of England, defender of the realm against the rising demonic power of Morgana (Rebecca Ferguson), half-sister to the legendary King Arthur. Alex and his friends are also stunned to meet the relatively young Merlin (Angus Imrie), the wizard and ally of King Arthur who de-ages as he gets older – his older form is represented by the appearance of Patrick Stewart – and can also turn into an owl. Together they must overcome their prejudice and distrust of each other to defeat the evil Morgana and save not just their school, but the entire world. 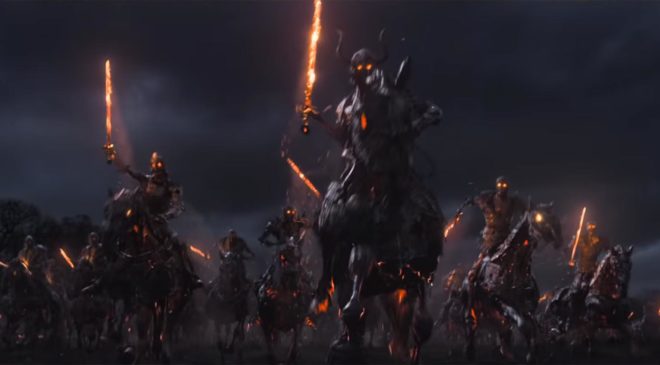 Films such as these live or die depending on the quality of their cast. Typically, young actors can fall into the trap of “overacting” their roles, overplaying subtlety and enthusiastically eschewing nuance and emotional weight. Bless him, Joe Cornish and his casting director have spot-on delivered a four-quadrant cast of excellent young thespians, led by Louis Serkis in the lead role of Alex. Serkis, Chaumoo, Taylor and Dorris perform really well in their respective roles, and give the fanciful material the consistently fun feeling it requires and the understated weight it desires; a lot of The Kid Who Would Be King is about personal growth, acceptance, bravery and resilience, and of course the principal tenets of any great kids flick, honesty and integrity. If you’re hoping to stick younger children in front of this one, be aware some of the demon creatures Morgana summons to chase and attack our heroes are pretty frightening (they parallel the black riders from The Lord Of The Rings, only with flames and smoke where eyes and mouths should be) but are defeated surprisingly easily; if this was aimed at adults, it would be a fault, but for a kid’s flick it’s pretty pedestrian. Your kids’ mileage may vary. 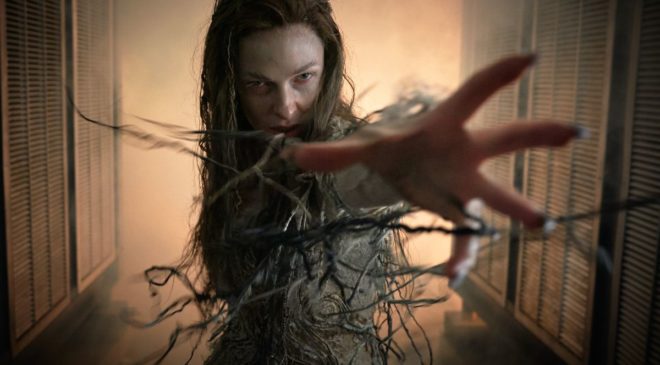 Cornish’s take on Arthurian legend and propagating his film with callbacks to the original myth aren’t particularly clever – heck, it’s all been done before in some manner – but the modern setting and use of state-of-the-art CG obviously makes things feel more manic and cool. From the venerable Excalibur (looking a little worse for wear, TBH) to the gag involving the eponymous round table, the hilariously convenient Lady of The Lake, and the doubletrix use of Arthurian knight names (Lance referencing Lancelot, Bedders referencing Bedevere, and Kaye referencing Sir Kay), the film has a lot of the legendarium built into it, slathered with modern language and a quick turn of comedic phrasing. But it’s rousing, which goes a long way to convincing the target audience it’s actually pretty fun. It’s occasionally predictable in some moments, if you know your literature, although the film’s twist regarding Alex’s absent father seems to come out of nowhere to hit home the contextually prescient “broken family” foundation, with Cornish establishing a mild sense of danger amidst the rather convenient parallel dimension method of removing adult knowledge of what’s transpiring to save monolithic exposition. 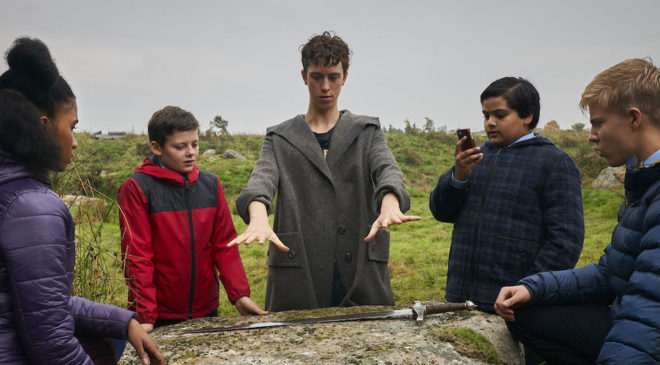 If you’ve seen the Merlin television series, this is a completely different take. If you’re only familiar with the Guy Ritchie take on Arthur and the legend, this is a far better and more coherent take on the famous tale. The Kid Who Would Be King has heart, a wonderful sense of fun, and delivers a rapport between cast and audience that just works, even when it tips too hard into the jokey, contrivance elements of the storytelling. Cornish’s sensibility with humour is engaging but restrained more here than in his previous film, and Serkis provides an accessible and worthwhile lead character with which the audience can empathise. All-round solid storytelling, The Kid Who Would Be King is a rollicking lark your younger viewers will engage with.

2 thoughts on “Movie Review – Kid Who Would Be King, The”