My wife and I have entirely opposing views on exactly what constitutes a “good” film. For her, romance, straightforward narrative, and a more respectable aesthetic are her preference, which is fine because the Hallmark Channel has to get its demographic from somewhere. I’m more open to experimental or “arty” fare by comparison, films that come at their story from a different angle, and if there’s a truth to Boots Riley’s debut feature film, Sorry To Bother You, it’s one of astonishing virtuosity and absolute madness. Almost impossibly dark, with a satirical streak three miles wide running through it, Sorry To Bother You is a film that will appeal to those open to different cinematic experiences, and will appal those whose typical viewing experience is more… shall we say, traditional. This is a most un-traditional film, and one worth much discussion. 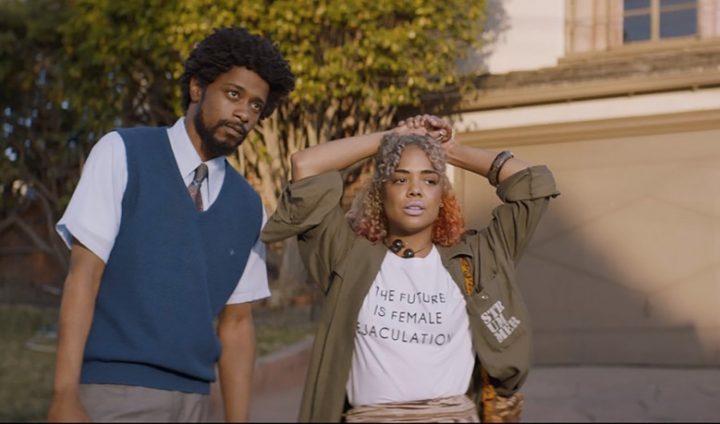 In an alternative present-day Oakland, Cassius “Cash” Green (Lakeith Stanfield – Get Out) lives with his free spirited girlfriend Detroit (Tessa Thompson – Thor: Ragnarok) in his Uncles basement (Terry Crews – The Expendables) and barely survives. He manages to obtain a job working at a call center for RegalView, where he is exhorted to “stick to the script” and use his “white voice” to sell products to customers, something he becomes exceptionally good at. Soon, Cash is promoted to the position of “power caller”, where he is given money and influence and leaves the cube farm existence of the more traditional call center environment. His boss, Mr _____ (Omari Hardwick – Kick Ass) eventually invites him to a party thrown by Steve Lift (Armie Hammer – The Lone Ranger), an incredibly wealthy entrepreneur and founder of WorryFree, a company promising a life of no bills and free lodging and food, only with the stipulation of a lifetime contract to work for the company. With his call-center friends going on strike and trying to unionise, Cash is torn between the promise of extreme wealth and security and losing all his friends, who see him as nothing more than a sellout for crossing the picket lines.

My relatively brief synopsis above barely scratches the surface of the magic to be found in this daring, incredibly brave movie. The film’s approach is one of jet-black sarcasm, a blistering statement on everything from conformity, social expectations, wealth and power, racism, unionism, populism and even extreme socialism, with Armie Hammer’s Steve Lift the precursor to what appears to be human genocide in one of the most off-the-wall plot twists I’ve ever seen in a movie. I mean seriously, Sorry To Bother You goes to some amazingly crazy places, places that aren’t to everyone’s tastes. Heck, they even almost offended even I, and I’m quite liberal with this sort of thing. The film certainly offended my wife, who proclaimed it one of the worst films she’s ever seen, so for what it’s worth take my recommendation with a fair helping of salt. If you want a short comparative review, this film blends the hopelessness of Office Space and the off-the-wall humour of Be Kind Rewind (which is funny considering an in-film promotional short was directed by “Michel Dongry”, an alternative of sorts to director Michel Gondry himself), with the visual dialectic akin to Kubrick’s Eyes Wide Shut or Scorcese’s Wolf Of Wall Street. It’s a film of unique style.

It’s worth noting that this is not a film you can watch casually with the kids in the next room – there’s a lot of language and visual elements that make the film a definite adults-only watch – but it’s one that commands your full attention to dig every nuance from it. Boots Riley’s script opens with a largely benign, kooky kind of way, before transforming into a Kubrickian-nightmare of gargantuan scope that will have you utterly gobsmacked by the end, wondering what it was you just watched. The film’s look at corporatization and the commodification of people within society is starkly brutal, and Riley’s script hones in not so much on building a world as it does injecting a sense of the ridiculous within our own. Unwatchable game shows and constant advertising for WorryFree thrust the story’s creepy, insidiously malignant sense of dehumanisation towards us throughout the movie, and as the characters – almost none of whom are really developed past stereotypes (which fits the film’s theme of the same thing, to be honest) – move through Cash’s life there’s a sense of impending tragedy about what’s coming.

It’s a unique, thoroughly captivating visual experience, to say the least, and the film features some delightful supporting roles from the likes of Danny Glover, Omari Hardwick, Steven Yuen and Hammer himself, all of whom commit to the material with relish. The theme of subverting appearances, personified by the use of the telemarketers’ using “white voices” to trick the customers into believing they are somebody else – selling them an experience, so to speak – is absolutely hilarious and darkly telling that people of different races feel the need to conform to a “white normal” within Trump’s America of today: the film is precipitously true in this respect, which should horrify most viewers, as it did me. The white voices of the black characters are performed by actors we never see, David Cross, Lily James and Patton Oswalt’s tones can be heard throughout the film’s latter acts, while Rosario Dawson’s offbeat Golden Elevator Lady voice has to be heard to be believed. Kooky isn’t a strong enough word to describe the aesthetic of Sorry To Bother You, but it’ll suffice for this review. 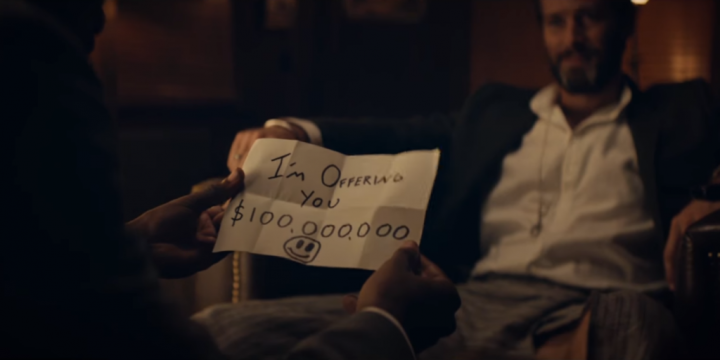 Shouldering the film’s scathing diatribe on race and conformity is Lakeith Stanfield, whose role in this is substantially different from his breakout performance in Get Out, and yet in some ways this film could almost be a second cousin to Jordan Peele’s magnum opus. Both tackle similar themes, although Sorry To Bother You’s climactic mutated finale goes far further than Get Out’s regenerative racist undertones. Stanfield is excellent as Cash, his aimlessness in life and sudden success manifesting as both euphoric and terrifying and out-of-body confusing all at once. The film parodies internet fame, skewers the telemarketer mandate and pushes the boundaries of good taste in every respect – Tessa Thompson’s character, Detroit, engages in an art project in which she allows people to throw capitalist ephemera at her while dressed in a hugely revealing bikini garment, all focused on the fact that we pull obscene mineral wealth out of Africa whilst paying literally nothing for it – and if you’ve ever wanted to see a half-man, half-horse mutant with an enormous penis, you’ll finally get your wish. 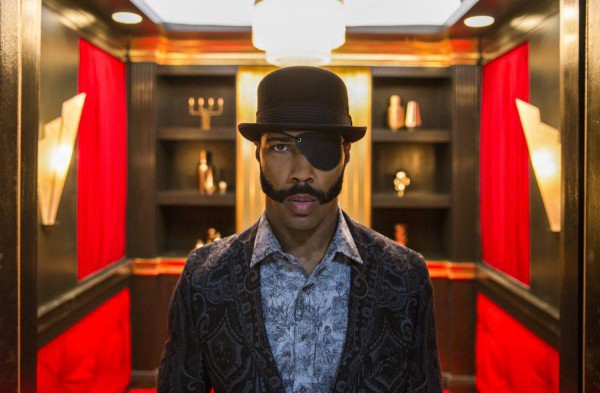 At times too bizarre for words, at other times an astonishingly laser-like disembowelling of the dark themes and concepts we struggle with as a society today, Sorry To Bother You is a work of absurdist genius and a confrontational masterpiece. Again, I reiterate that a lot of people who pick this up thinking it’s a traditional comedy or lighthearted romp will be either appalled or disgusted by what they witness, and Boots Riley’s film is not one for the faint-hearted, but those open to the obscure and bizarre will find much to savour and pick apart with this impressive debut feature. Sorry To Bother You will bother you if you let it in and pick up the call, as you really, really should.

2 thoughts on “Movie Review – Sorry To Bother You”