After years of being tied up with rights over at Universal Pictures, Dracula finally made his British debut in the second of the original three Hammer Horror classics to reboot famous monster icons, following The Curse Of Frankenstein the previous year. Starring Christopher Lee and Peter Cushing in the key roles of Dracula and Van Helsing respectively, Dracula helped to cement the British studio as an iconic horror film production franchise, although they’d been producing films in one form or another since the 1930’s. The resurgence in horror during the fifties and sixties, when Hammer ruled supreme, enabled the studio to quickly become the go-to place for production on this quick-and-easy subgenre. Even given its place in horror film history, however, and the exquisite casting afforded it, I really didn’t like this film. 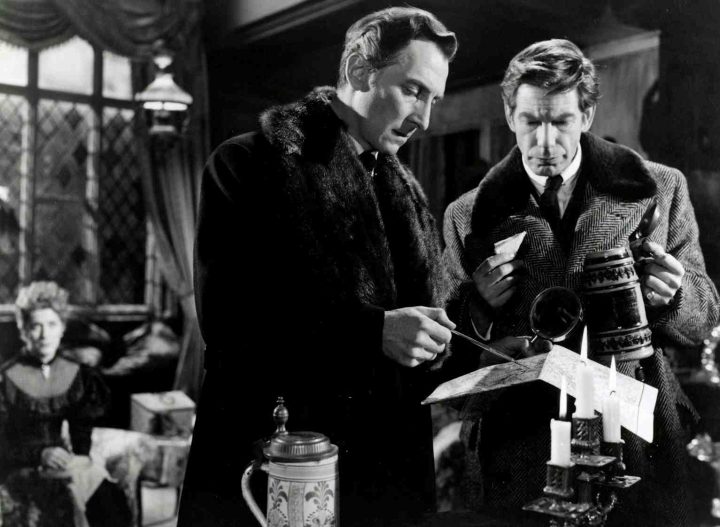 Young Jonathan Harker (John Van Eyssen) arrives at Castle Dracula, somewhere in Germany, under the pretence of becoming the castle’s librarian. In fact, however, he is hoping to destroy the resident living there, the vampire Dracula (Christopher Lee). When Dracula discovers his true motive, he turns Harker into a vampire himself, and it falls to Harker’s friend, Professor Van Helsing (Cushing), to slay him before he can fall to harm. Returning to England, Harker’s sister Mina (Melissa Stribling), her husband Arthur (Michael Gough), and Jonathan’s fiancee Lucy (Carol Marsh) all become entwined in Van Helsing’s pursuit of Dracula and his malignant presence in their lives, with the intent to trap and kill the immortal being before can kill again. 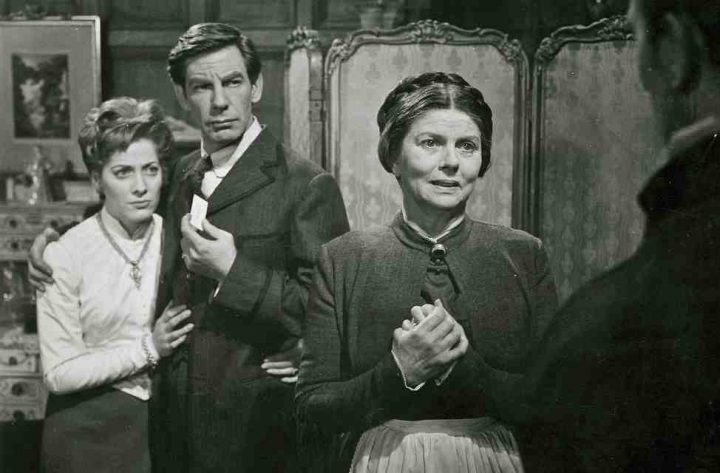 Despite boasting the talents of Cushing, Lee and a young Michael Gough (whom I didn’t recognise until I Googled the cast listing), Dracula’s 1958 outing didn’t interest me at all. I think I can definitely put my finger on why, but I went into the viewing expecting to be blown away or at least enthralled, given the film’s status as a classic of the genre. And let’s face it, Peter Cushing is intrinsically incapable of a bad performance, despite the quality of the film he’s in. Truthfully, I found Dracula lacking in atmosphere, a brisk 90 minute running time condensing the key moments of the original Stoker story down to its most identifiable aspects, albeit slightly modified in some elements, but both Cushing and Lee are excellent in their respective roles. 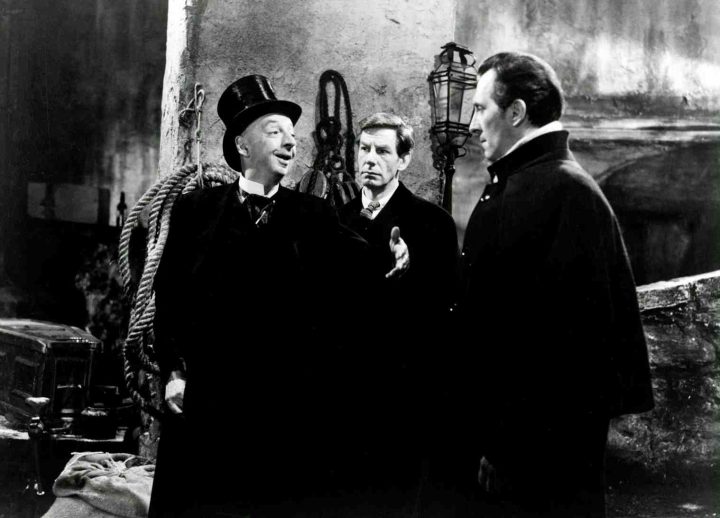 The film’s script, credited to Jimmy Sangster (who would also scribe the second sequel to this film, Dracula: Prince Of Darkness, in 1966) never allows the sinister presence of Dracula or the malevolent nature of the story to really develop, thrusting us into the world of the famous vampire without so much as an introduction to it. It’s a stark difference to the original 1930’s film or the 90’s Coppola version where the aesthetic and landscape of those films’ internal setting virtually oozes menace and weight. Cushing’s Van Helsing aside, the film’s characters never get much introduction or time to develop, remaining largely one-dimensional to the lead roles, and even Christopher Lee’s Dracula feels – and I can’t believe I’m saying this about a Christopher Lee performance – anaemic in many respects, a portrayal of a character worked on the understanding that we, the viewer, already know who it is. This was an annoying aspect of the film I couldn’t shake, as much as I wanted to like it. 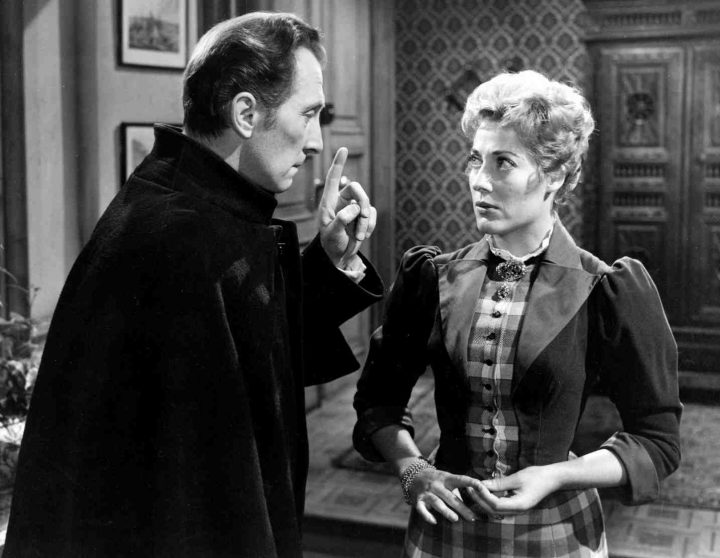 The film’s dullish cinematography certainly feels torn from the 1950’s, that grainy visual hue many British films of the vintage displayed looking at least charmingly anachronistic. Set design is sumptuous, costuming is of course a key feature (the female characters all look brilliant), and the lighting and camerawork on the cinematography are between competent and terrific. Directed by Terence Fisher, the film’s overt sexuality and Gothic overtones are practically inert, at least in my opinion, and I found the stuttering pacing overall a real problem to fully enjoying the movie. Fisher’s avoidance of genuine tension over quick-cut horror tropes felt overblown, accompanied by a bombastic score (by James Bernard) that struggled to keep itself beneath the story, and Dracula isn’t so much a detailed vision of pure evil as it is an exercise in early jump-scare horror. This in itself isn’t a problem, but the overall manner in which its executed isn’t as effective today. 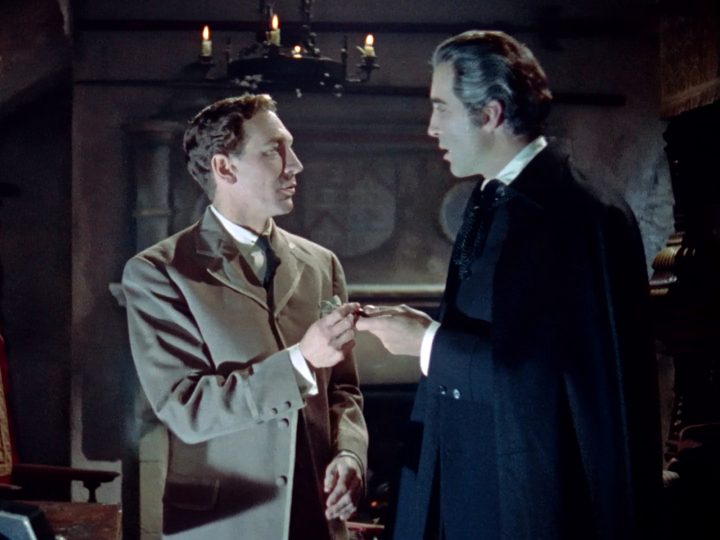 Of the performances, Cushing holds the film together as Van Helsing, offering a somewhat supernatural ability for exposition without sounding like a textbook, and (probably unsurprisingly) his Van Helsing feels more like a variant of Doctor Who than Cushing’s own portrayal of the Doctor would be a decade later. Cushing feels like he’s entrenched fully in the role, immersing himself in the period’s varied technological accoutrements and personifying rigid Virtuous Good to a tee. Lee, as Dracula, imposes himself in every scene he’s in but the character felt bland, and occasionally laughably trite, a startling sense of indifference in my feelings for the legendary actor’s portrayal shocking me more than the film itself ever did. Supporting roles to Gough, Melissa Stribling, Carol Marsh and a young Janina Faye as Mina’s daughter, Tania, are competently performed, whilst the first act performance by John Van Essyn, as the tragically short-lived Harker, is strangely wooden and unevenly captured by Fisher’s nonchalant camerawork. 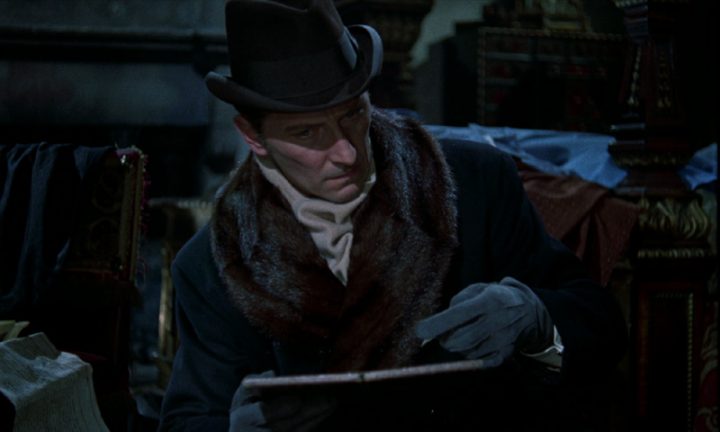 Look, I did enjoy Dracula for what it was, but I don’t think it was a very good film, let alone a stylish icon of the genre’s legacy. There’s an unkempt rawness to the film that didn’t work for me, despite some attempted stylish cinematography and a sense of the character’s powers being of the highest calibre here. Were it not for Cushing (or Lee, for that matter) the film would have never worked at all, and I think it’s the fact it felt like it was rushing the story, rather than basking in it, that ruined it a bit for me. I get it, this is a classic for the genre, and the “one that re-started it all”, but the ’58 Dracula was a bit of an anticlimax in my opinion. Grain of salt, folks.