Frothy romantic comedy fantasy doesn’t come much more iconic than Ron Howard’s 1984 romp starring Tom Hanks and Daryl Hannah, Splash, the first film released under Disney’s then-new adult-themed Touchstone banner and a certified box-office smash. Essentially a vehicle to allow Hanks to spend most of the film snogging Hannah, and the viewer trying to catch a glimpse of the actress’ almost continuously nude body, Splash was a pre-pubescent boy’s dream come true despite some of the sillier moments; the film is a literal “fish out of water” tale about a mermaid who arrives in New York City to find the love of her life and become the object of infatuation for a completely unhinged marine scientist. 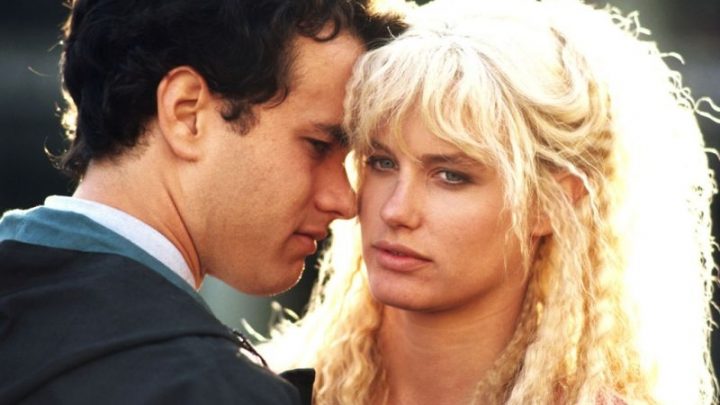 As a young kid, Allan Bauer (Hanks) is rescued from drowning by a young mermaid. Growing up, Allan and his brother Freddie (John Candy) own a fruit-and-veg business in New York City, with Allan despairing that he’ll never find true love. One day whilst trying to get over his latest breakup, Allan returns to Cape Cod and is again accidentally rescued by a beautiful mermaid (Hannah), although he passes it off as a hallucination. Until, that is, the mermaid shows up in New York City and shacks up with Allan at his apartment. Allan names her Madison (after New York’s famous Madison Avenue) and the two become lovers – the true nature of Madison’s real identity is hidden from Allen, inexplicably, as she has only a certain amount of time on dry land before she must return to the ocean. Meanwhile, a slithering marine biologist (Eugene Levy) hoping to make a name for himself searches out the mermaid in the city, spraying a number of unfortunate citizens with water in the hope they’ll transform into the mythical creature. Eventually, the Army catches up with Madison and it’s up to Allan and Freddie to break her out and set her free. 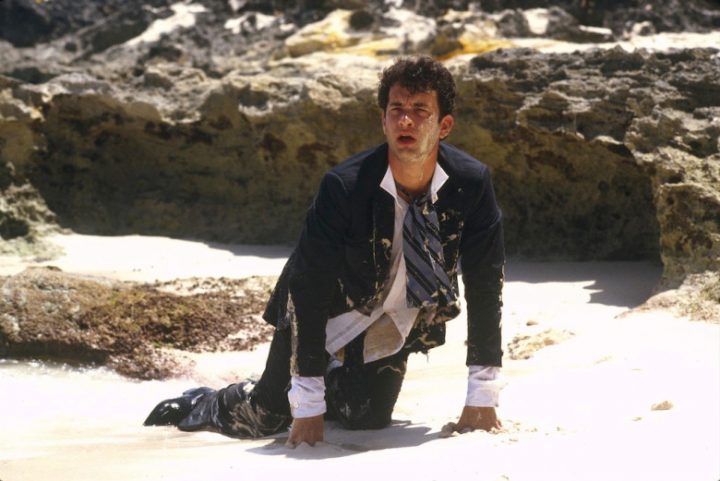 Has there ever been a more beautiful underwater seductress than Daryl Hannah’s Madison the mermaid? Doubtful. Sure has heck there hasn’t been one as sexy; Hannah oozes sex appeal and wide-eyed innocence as the doe eyed creature, who bewitches a young Tom Hanks and creates a sensation in the Big Apple as she cavorts nude, scantily clad, and at one point with her enormous orange fish-tail throughout the movie. Splash’s appeal lies a lot with the chemistry between Hannah and Hanks, and the screen sizzles whenever the pair of them get a chance to smooch (which is often, thankfully), and memories of my early childhood crush on Hannah’s lithesome frame and startling beauty were rekindled with a recent revisit to Ron Howard’s delightful film. 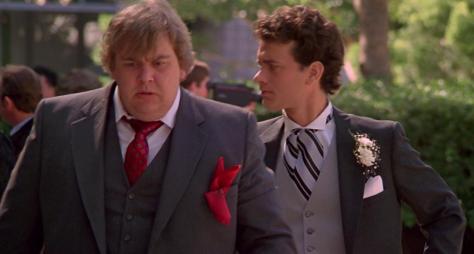 It may surprise you (it certainly surprised me) to learn that Splash’s screenplay was nominated for an Academy Award for Original Screenplay, although for the life of me I can’t understand why, given the patent silliness of the plot. The film’s beautiful contrast between Madison’s wide-eyed introduction to New York City and Allan Bauer’s more cynical outlook is handled well, although it’s nothing that hasn’t been done before, and the comedic elements mainly consist of Hanks’ character simply repeating the last line of the previous bit of dialogue only in a higher, strained voice. His Money Pit performance style was in full flight here, and Hanks’ screen charm (that would go on to lead him to Big and Sleepless In Seattle) is simply effortless. The plot riffs on notable sci-fi elements such as science’s predilection for not caring about the subject of their study, as well as the fantasy of a good looking white dude snagging a super-hot white blonde chick who knows little about her surrounds whilst on land. This film is not subtle, but it is a fantasy so some latitude can be granted.

As mentioned, Hanks and Hannah sizzle on screen together, with Hannah in particular just lighting up the screen whenever she’s on it. The fact she spends a great deal of time nude or near-nude, with only strategic hair placement concealing her modesty, was the major draw to this film for me as a kid, and the film’s slightly older PG13 rating is really tested with the amount of time the actress spends trying not to look like she’s hiding her boobs. Ron Howard’s direction is suitably light and energetic, a brilliantly 80’s-infused New York City love letter that never fails to make me smile (from the shocked Statue Of Liberty tour guide, to the dockworkers and pedestrians involved in Madison’s arrival in the city), the film’s breezy pace and genteel humour make for engaging viewing. It’s not a laugh-riot, but there are plenty of fun performances to keep you entertained. 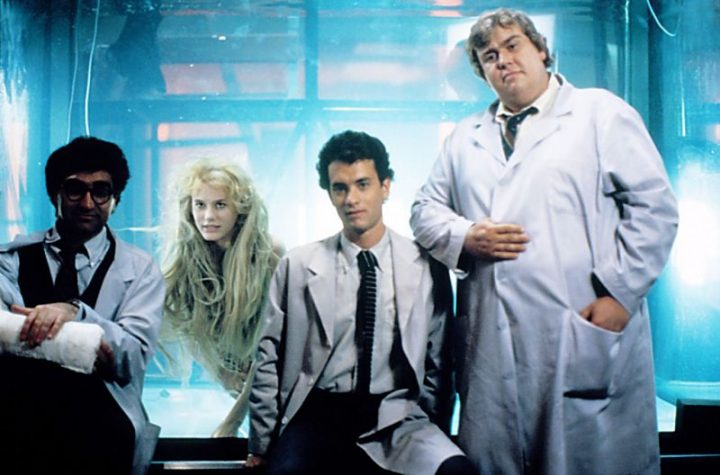 Splash also reaffirms the notion that the late John Candy was one of Hollywood’s most underrated actors. The man could transition from squawking buffoon to brilliantly dramatic with the kook of an eyebrow, and his bubbly exterior hid a highly attuned thespian we lost far too early. Candy’s work as Hanks’ on-screen brother is alternately hilarious and affecting. Eugene Levy’s supporting role as the enthusiastically driven Dr Walter Kornbluth, is the most aggravating part of this otherwise pleasant comedic farce, with the actor forced to endure some significant inane pratfalls and dullard dialogue to play his part. The character is an obsessive malcontent, and Levy does his best with what can only be described as indifferent material, turning the man into a screeching villain not too far removed from a pantomime. Bit parts to Dody Goodman, as the Bauer’s receptionist, Jeff Doucette, and Lee Delano as a bumbling US soldier, are well placed and offer some chuckles, but the film’s very nature isn’t to be a comedy more than a fantasy, and it fulfils the latter with ease. 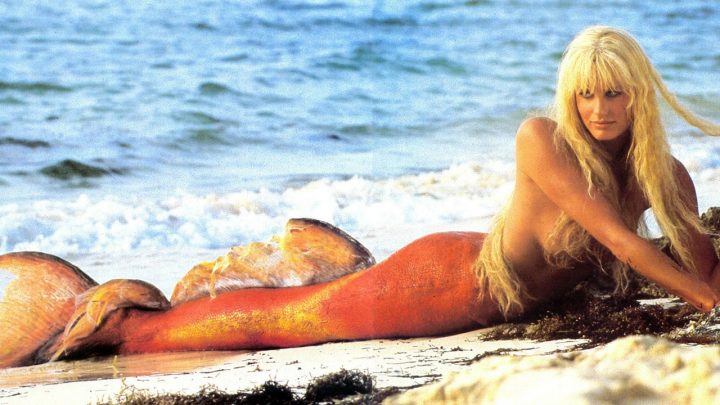 Splash is a huge amount of fun, with effects that hold up today (the underwater sequences involving Hannah swimming for lengthy periods without having to use oxygen actually had me holding my breath) and with dynamite chemistry between both Hanks and Hannah the film is often electrifying. Winning performances and solid direction even through the script’s more hammy, farcical elements make Ron Howard’s classic romantic comedy as memorable now as it was when I was young. A lot of fun.