It’s hard to really know where to begin with Disney’s A Wrinkle In Time, their second attempt to turn the 1963 book on which this film is based into a cohesive narrative. It’s a visual powerhouse, directed by Ava DuVernay and boasting a rare big-screen appearance by none other than Oprah Winfrey, alongside Reese Witherspoon and Mindy Kaling, and attempts to weave a familial love paternal story between sci-fi flourishes and a sense of cosmic oblivion. Unfortunately for those hoping this version of Wrinkle would supersede Disney’s awful 2003 attempt, DuVernay’s film is a confused mish-mash of styles and unrewarding adventurism; it transforms a potentially moving story of family and galaxy-spanning adventure into a boring, confusing green-screen extravaganza that reeks of slipshod editing and behind-the-scenes meddling, resulting in a torturous, mediocre children’s flick that makes not a lick of sense. 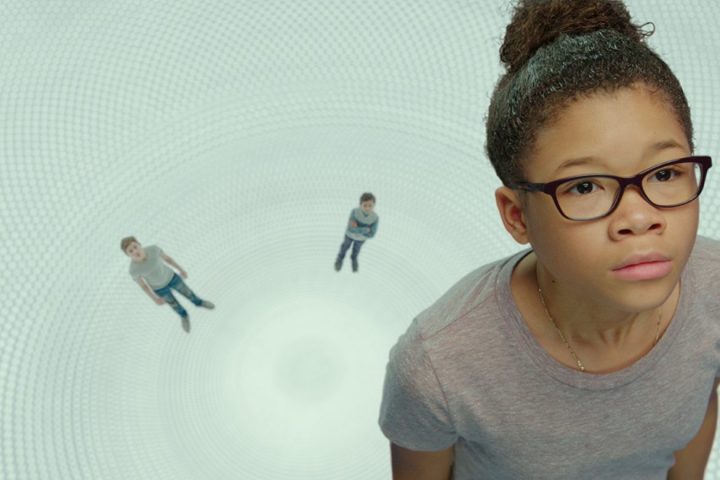 Middle-school student Meg Murry (Storm Reid) is struggling to deal with the disappearance of her astrophysicist father, Dr Alexander Murry (Chris Pine) four years ago. Her mother Kate (Gugu Mbathu-Raw) is also still grieving, whilst the Murry’s precocious adopted son Charles Wallace (Deric McCabe) keeps a chin-up attitude despite the rumours and gossip around him. Meg is also friends with local boy Calvin O’Keefe (Levi Miller), who follows her home from school. One day three celestial beings, Mrs Whatsit (Reese Witherspoon), Mrs Who (Mindy Kaling) and the matriarchal Mrs Which (Oprah Winfrey) appear in their back yard and whisk them off into space in search of Meg’s dad via a form of travel known as “tessering”, using a tesseract to breach time and space to distant corners of the galaxy. As their search continues, Meg, Calvin and Charles Wallace discover that Meg’s father is trapped on the homeworld of a mysterious black form known as The IT, the planet Camazotz, and it’s there the trio will face their ultimate fears to rescue the older Murray. 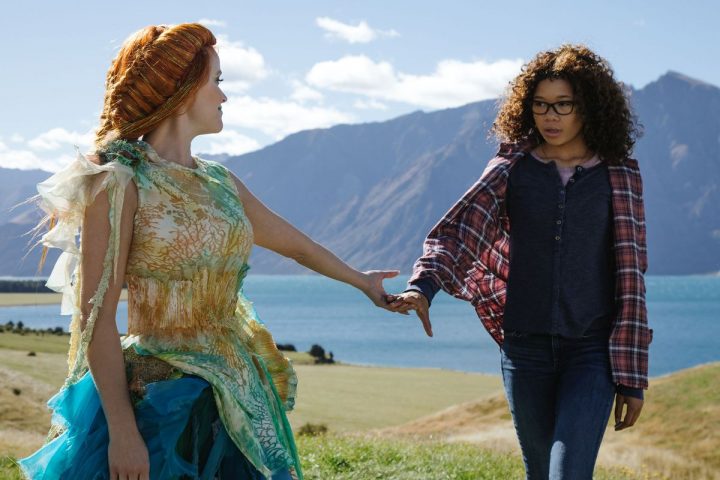 The chief problem with A Wrinkle In Time isn’t so much the wide ranging sci-fi tropes the film delivers, it’s the confused manner in which DuVernay attempts to deliver them. The opening act of the film feels like an angsty, missing-father drama expounding on grief and loss, only to suddenly leap into highbrow Avatar-esque escapades that have little balance to them. The film’s intended sense of awe at the arrival of the trio of Mrs’ is mitigated by a lack of profundity in the dialogue’s slipshod manner, characters forced to over-exposit their actions and motivations in order to make this complex emotional aesthetic appealing rather than off-putting. The film tries to engender a sense of hopefulness within Meg, Calvin and Charles Wallace’s journey into space to find Chris Pine’s bearded boffin, but the undercurrent of self doubt, despair and grief sweeps that potential aside and laments for the loss. It’s hard to be hopeful when the central characters are so hard to enjoy. 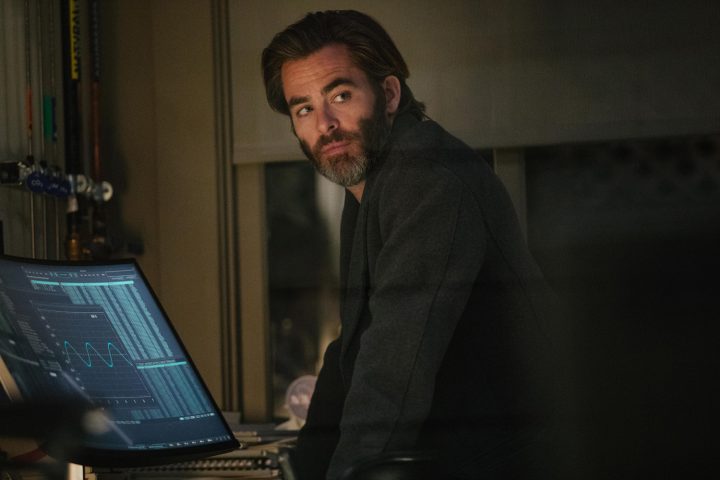 Storm Reid’s Meg is a baffling character, a supposedly A-level student turned renegade (although we never really see it, it’s only pointed out by a visit to the school’s principal) who pines for her father (see what I did there?) at the expense of her grades – love, it’s been four years since he vanished, can’t you buck up even a little? – while her younger brother, Deric McCabe’s creepy Charles Wallace, feels like somebody shoved a weird Elseworlds version of Doctor Who into the mix. Charles Wallace is supposedly a genius, and attuned to forces beyond human understanding if the film’s leaps in logic are anything to go by. McCabe is just creepy enough to feel otherworldy but his “precocious” attitude is far too on-the-nose for me to really enjoy. Levi Miller’s vastly underutilised Calvin O’Keefe is your Generic Blonde Best Friend and his arc within the film is disgustingly indifferent to everything else. It’s a wonder his character wasn’t just cut altogether, to save time.

A Wrinkle In Time struggles with its own sense of scale and world-building, with limited time given to actually explaining what the hell is going on; characters flippantly use big words to propel the story forward but at no point do we feel any real sense of momentum. The film’s an inert exercise in green-screen beauty, with the admittedly handsome planetary landscapes – from the utopian world of Uriel to the rock-strewn world of an oracle, The Happy Medium (a total head spin from Zack Galafianakis), to eventually the guttural halls of Michael Pena’s Red, the source of the IT’s evil presence, providing a decent backdrop canvas on which to parlay our characters. It’s a gorgeously rendered film, to be sure, and kids will delight in the wondrous antics our heroes get up to at times, but whereas films such as Avatar can suggest a larger world beyond the frame we see, A Wrinkle In Time cannot, and manifests only minor enthusiasm for the world it creates. 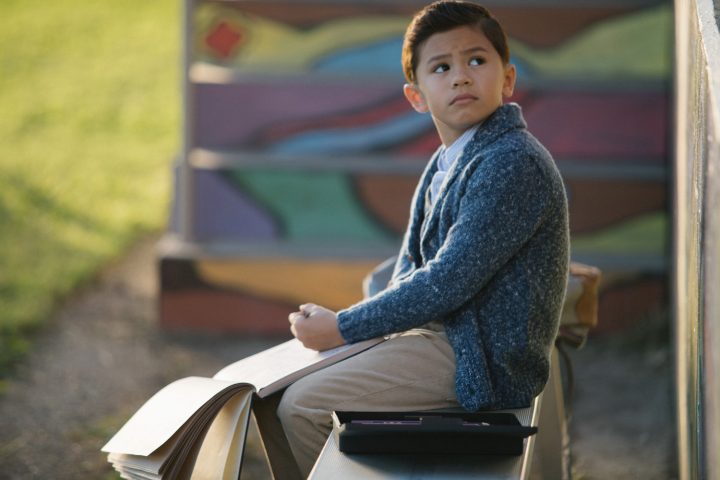 The main disappointment comes not from a failure of execution but rather from the promise of so much more. The thematic elements of the film are present – the sense of paternal attachment, of love of family, of friendship, of hope and trust – but they’re never dwelt upon to a degree they make sense within the movie, or for the characters. It’s all superficial, all in-the-moment but never beyond it, and that’s the crucial flaw here. DuVernay’s eye for drama is as good as anyones, but not even she can manufacture a coherent character arc for our heroes when there’s just so much trying to jam its way into the material. The mix of science fiction and modernised human drama doesn’t work here, although not for lack of trying. You can see DuVernay’s earnestness with the material, her commitment to the production evident in every frame; she’s just stuck making a different film than we asked for. 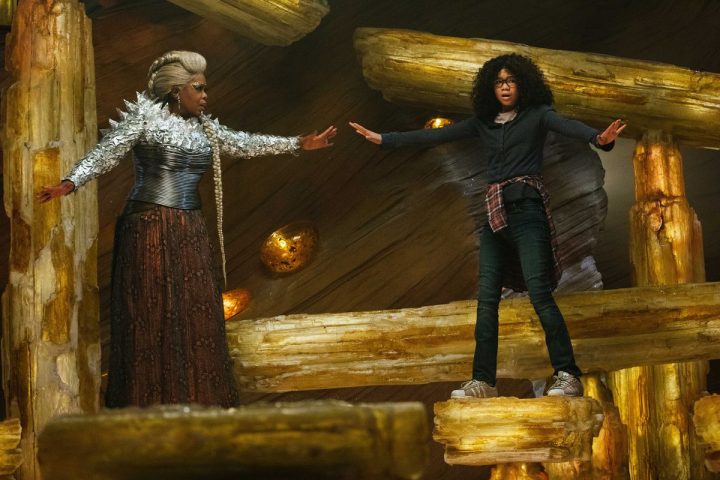 A Wrinkle In Time is a laborious, disparate cinematic adventure that offers timidity of purpose between idealised thematic counterweights, an overcooked humanist extraction confounded by ill-described scientific gobbledegook. It’s thoroughly disappointing, although the pre-teen crowd will probably find it engaging in some manner. Older audiences will endure it without enjoyment, beyond the fantastical landscapes and effects on offer, with the film an emotionless husk of a thing despite throwing every possible dramatic story point one can think of into the script. For a film with a lot of love behind it, it’s a soulless, jumbled mess.