It took me a while to warm up to its charms, but American Animals is a steadfast, entertaining heist thriller ripped right out of the “stranger than fiction” section of history. Bumbling criminals often make for laughably entertaining biographical narratives, often driven by a legitimate sense of purpose – think I Tonya, only without the skating or bodily harm – and American Animals slips comfortably into this subgenre of crime fiction. Only, it isn’t fiction, its a true, true story, and writer/director Bart Layton even spices things up by including actual interviews with the real participants, which only makes the whole story that much more incredibly dumb. Evan Peters and Barry Keoghan lead this smallish ensemble through a poor-man’s Ocean’s 11 style plot concoction, eminently capturing the post-9/11 sentiment of American society of the time, and Layton’s subtle Guy Ritchie-esque direction and sense of humour make for rewarding, if persistently low-key, viewing. 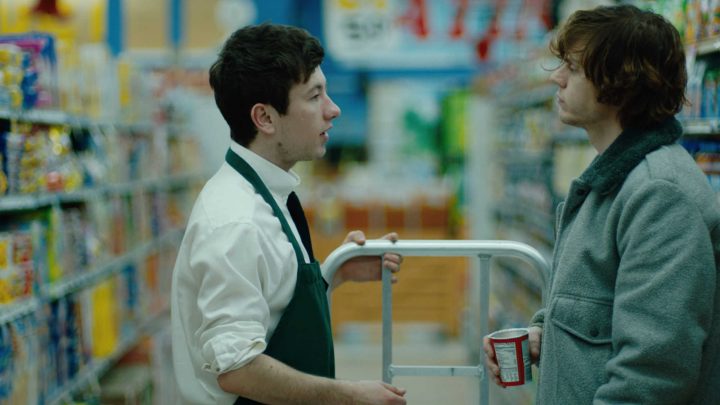 Kentucky art student Spencer Reinhard (Barry Keoghan – Dunkirk) feels his life has no purpose, until he meets the energetic and “spicy” Warren Lipka (Evan Peters – X-Men: Apocalypse) and the two plan to steal a series of incredibly rare books on American bird life by painter John James Audubon, set to be one of the most valuable books on Earth. The volumes are held in the Transylvanian University Library’s rare books section, a part of the complex that’s unguarded and seemingly easy to break into. As they plan their daring heist, Spencer and Warren enlist the help of childhood friends Chas Allen (Blake Jenner – The Edge Of Seventeen) and Erik Borsuk (Jared Abrahamson – Keep Watching), knowing the valuable tomes are only watched over by head librarian Betty Jean Gooch (Ann Dowd – Compliance). 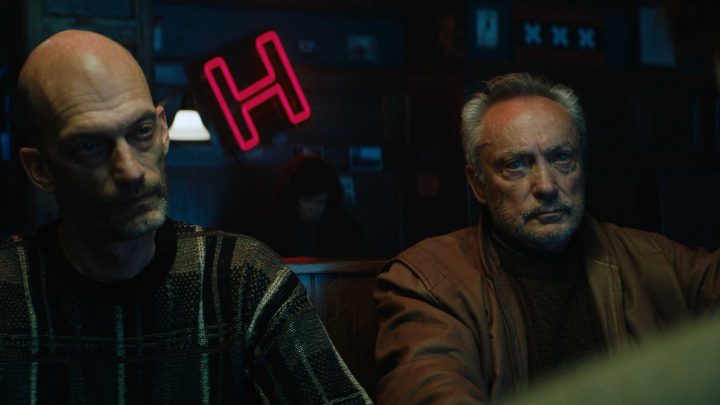 It may not boast the star wattage of a Steve Soderberg Ocean’s entry, but American Animals is nothing if not compelling less so for its strict adherence to recounted events but the sheer audacity with which our four protagonists go through with this. Threaded through with pop-culture references of prominent films (including Reservoir Dogs and The Matrix) and terrific period production design, American Animals could never be described as energetic through action, but it is eminently enjoyable watching these four dumbass criminals going about their planning. 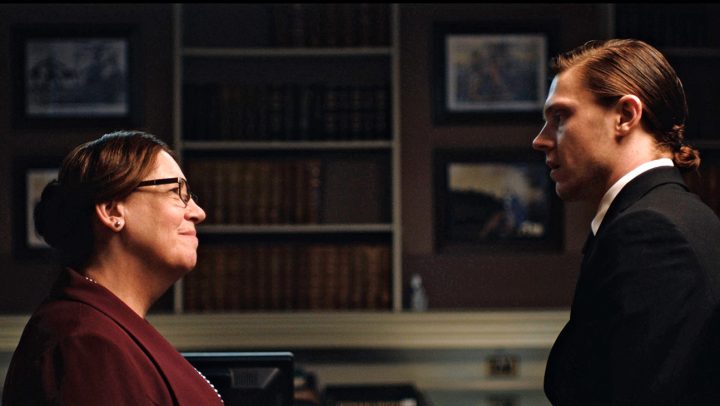 Evan Peters’ Lipka is the key to it all, the film pointing him as the driving force behind the main plot of stealing the books, although the movie carefully plays with the “who suggested it in the first place” conceit early on to great effect. Lipka feels like a weird post-90’s Stifler type, big teeth and scatty charm, while Barry Keoghan (who looks like a younger brother of Joel Edgerton) as Spencer really hammers home the nerdy, disenfranchised youth of America’s millennial epoch. Both Peters and Keoghan work well together, although it’s obvious the former has the most fun as the loudmouth force for action. Supporting roles to Jared Abrahamson and Blake Jenner, both of whom fit well into the film’s low key style, as well as an always excellent Ann Dowd as the capital-L librarian obstacle, are handled well by Layton’s narrative verisimilitude. 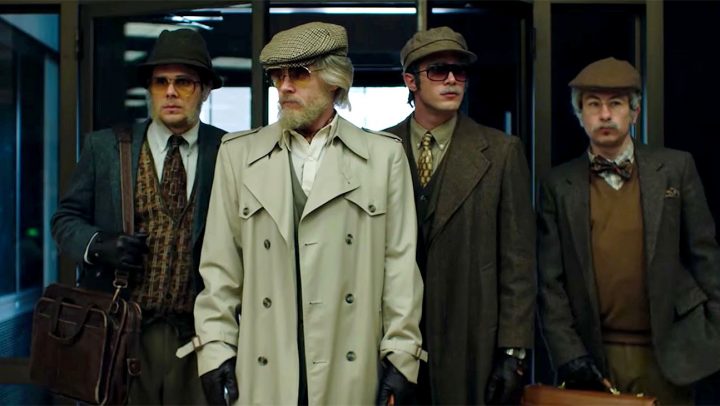 The film plays wonderfully well, the pacing slow going at first but moving comfortably by the midpoint, as the heist itself starts to happen. The final third is a slow-burn rising wave of crescendoing frantic drama, as the heist and its disastrous outcome plays out. The script offers levity through both dialogue and crazy disbelief at the story, juxtaposing the utter preposterousness of the boys’ plan with the “if it can go wrong, it does” comeuppance everyone enjoys. Backed up by an appropriately bomp-de-dom score from Anne Nikitin, as well as Ole Birkeland’s nostalgic cinematography, Layton works the implausible and laughably incompetent into a delightful stew of scheming and failure. It’s not a pacy, breezy Ocean’s 11 styled romp, this film. No, it’s more of a character study aesthetic that happens to be a heist movie of sorts. Although it moves slowly, American Animals is definitely a rewarding viewing experience even if it feels a little familiar. The spark of the true story being re-enacted before our very eyes only adds to the electrifying human idiocy on display here.