James Gunn is no longer directing the third Guardians Of The Galaxy film. A month after being summarily fired by Disney, owners of the Marvel Cinematic Universe under which James Gunn’s titular Guardians came to pop-culture fame, James Gunn’s career behind the helm of the spacefaring comic book films has officially come to an end. A report from Variety indicates that Gunn was invited to a meeting with Disney studio head honcho Alan Horn to discuss the director’s possible return, only to be told that this would not be happening. Disney would, however, use Gunn’s completed screenplay for the upcoming Guardians flick, a movie now without a director.

The Gunn affair began nearly a decade ago, when the director – then working for celebrated cult exploitation cinema studio Troma – made a series of suggestive, offensive joke tweets on Twitter, well before he was ever hired by Disney to helm one of their most popular franchise films. Gunn’s explicit tweets will not be reprinted here, but they were “jokes” that by any stretch simply weren’t funny, and were borderline horrifyingly distasteful, depending on who you asked. 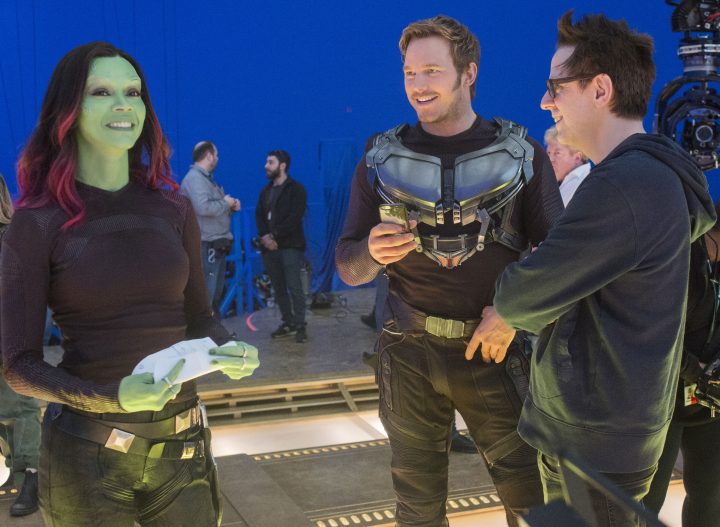 Recently, however, these old tweets were dug up by a right-wing blogger (read: troll), who started a campaign to bring the tweets to Disney’s attention in the hope of sparking a reaction. It did: the week of San Diego Comic Con, the largest comic convention of its kind in the world, Disney took the unprecedented step of firing James Gunn, noting:

“The offensive attitudes and statements discovered on James’ Twitter feed are indefensible and inconsistent with our studio’s values, and we have severed our business relationship with him.”

Fan reaction was swift and divided. Some decried Disney for caving in to pressure from trolls looking for a cause, others considered James Gunn’s words and position as director of the family-friendly Guardians franchise as no longer tenable, and many, many people called for a reinstatement of the director to his passion project. Amid all the social media backlash against Disney, the cast of the Guardians movies, including Chris Pratt, Zoe Saldana, Oscar winner Bradley Cooper and former wrestler turned actor Dave Bautista, wrote a public letter to Disney suggesting that Gunn was the heart and soul of the franchise and that they would honour their contracts to act in the third film despite believing the studio had wronged them. As recently as last week Bautista suggested he wouldn’t appear in the upcoming film if Disney decided not to use Gunn’s completed script, something which has furthered the quagmire of bad publicity surrounding this movie in the minds of many audiences. 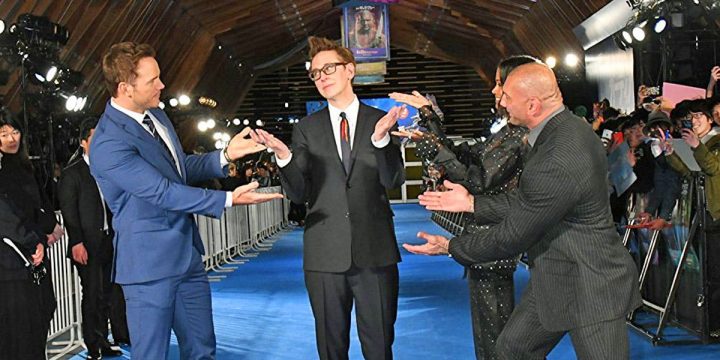 As of publication, Disney is yet to find another director to helm the now rudderless ship. Marvel Studio’s boss Kevin Feige has been notably quiet during this entire affair, even being “out of town” for this week’s Gunn/Horn meeting and any articles publishing quotes from the man come from either unnamed sources or publicists; nothing first-hand. Disney has been praised in some quarters for their handling of the recent firing of Roseanne Barr from her own television show, following hideous comments on Twitter, although comparisons between Roseanne and Gunn are disingenuous considering the time difference between Gunn’s original lewd and provocative posts and his eventual firing, as well as Gunn’s public acknowledgement years ago that they were in poor taste and that he regretted them.

Disney is wanting to be seen as a family friendly company, and the bar has now been set for those working under the studio’s enormous umbrella: apparently, even tweets or posts from a decade ago are enough to have you removed from a project in disgrace. It’s a slippery slope considering Disney’s own provocative past, including racial stereotyping and lewd messaging within their films; everything from the depiction of African American life in Song of The South, to the whitewashing of Pocahontas and general cultural insensitivity, the studio itself isn’t as pure as it likes to pretend in some areas. Some suggest the firing of Gunn was a hasty reaction it now has no real chance to walk back, mainly due to the strong words Alan Horn used in his initial statement, and saw Gunn’s meeting this week as an attempt to appease angry fans and that they were at least listening to public reaction. 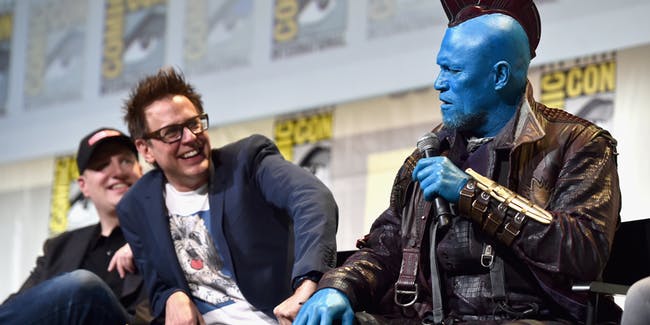 Gunn’s removal from the Guardians franchise has undoubtedly thrown the studio’s carefully laid plans into disarray, although not to a totally unsalvagable degree. Another director can and will slip into Gunn’s spot and take the reins, shepherding the next instalment of everyone’s favourite space gang to its intended release in 2020; remember, Peyton Reed stepped in to take over Ant-Man from Edgar Wright, who left the project after “creative differences”, and Reed even re-upped for the recent sequel. But Gunn was also being courted as the man to guide the MCU’s cosmic films, expanding the franchise away from Earth and into the deepest reaches of Marvel’s comic book lore. If Guardians 3 misses its 2020 release date, will Marvel push back all their other films to accommodate it? The firing of James Gunn will have a notable impact on the MCU, particularly in the immediate future of Guardians 3.

The problem post-Gunn is how fans and audiences will react to whatever Guardians 3 ends up being. The film is now irrevocably tainted with this bad blood – this is a different beast than Edgar Wright leaving, this is a flat-out firing in public, and the dirty laundry being aired by everyone (except Gunn, no doubt currently looking over the swathe of contracts to direct that have likely flooded his office since this news broke) continues to wither at Marvel’s well cultivated positive outlook. The brand damage is something Disney can’t control like they could with Gunn’s employment, and the blowback has been savage; you know you’re in trouble when even the stars of your film take issue with your actions. Still, Disney is a company that plays hardball, and while they won’t back down, would be concerned with the eventual outcome of a Gunn-free Guardians were it not to succeed. 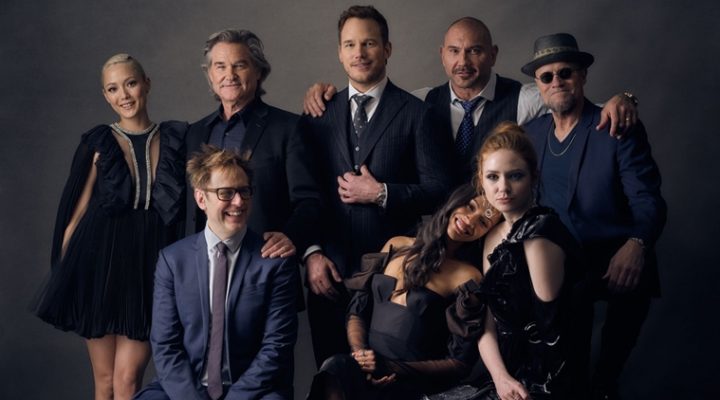 Cutting off your nose to spite your face isn’t a good corporate mentality. Pandering to hatemongers and right-wing trolls in an attempt to seem pious and upright will come back to bite you. Maybe not today, but eventually, you’ll regret it. I think in due time, Disney will regret parting ways with James Gunn in the manner they have. And that’s the sad part of this whole thing.

6 Thoughts to “Disarmed: Gunn Gone From The Galaxy”