The internet has been a force for great good in the world. As with anything created by humans, however, it has also become a significant force for evil, most obviously due to its relative ability to afford some folks to remain anonymous whilst plying the attention of their cruel and sadistic personas. Never has this been more noticeable than a recent elevation in tensions across multiple geek fandoms, particularly the core fanbase of Lucasfilm’s Star Wars property. It’s an understatement to suggest that Rian Johnson’s The Last Jedi, the second of the Disney branded nu-sequels following JJ Abram’s The Force Awakens in 2015, was a film that divided both the hardcore and casual fan base, accompanied by a tsunami of vitriol across many social media platforms and comment sections on the web. Whether you enjoyed the film or not, rabid division moved from a seemingly small but vocal minority into a withering storm of hatred, directed at all and sundry involved in the production.

The release last month of Solo: A Star Wars Story, a film which by Star Wars standards flopped hard at the box office despite making hundreds of millions worldwide, stoked the fires of hatred towards Lucasfilm’s head honcho, uber-producer Kathleen Kennedy, on whose head the problematic production’s foibles would ultimately rest. Continued attacks by “fans” of the franchise dissected her decision to remove original directors Lord & Miller, replace them with Ron Howard, and even worse, examined the apparent lack of direction the franchise seemed to be stagnating with. 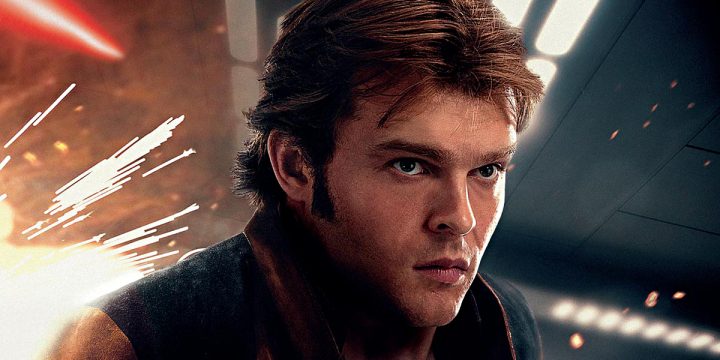 This week, however, the post-millennial toxicity of Star Wars fandom claimed its first real victim. Kelly Marie Tran, the actress known for her role as Rose in The Last Jedi, caved to the continued barrage of hatred towards her (or her character) by deleting practically her entire Instagram account and removing herself from the platform; this itself isn’t particularly noteworthy – Armie Hammer comes and goes from Twitter on a monthly basis, practically – but what is noteworthy is the fact that the people who supposedly support the franchise, the very same people who gave young Anakin Skywalker actor Jake Lloyd a mental breakdown and hounded George Lucas until he gave up making movies, managed to upset an actress enough that she would go into digital hiding. Run off the property, so to speak.

Such an abhorrent stream of abuse cannot be understated for its insidious and evil nature. That a woman would be subjected to such a wave of anger and hatred for a children’s film about space wizards beggars belief, and were it to occur in a public forum in the real world, one suspects these assholes wouldn’t have the balls to say it to her face. Cowardly keyboard warriors grow a pair when they can simply spit venom across the digital landscape, ruining the fun and joy of Ms Tran’s participation in this culturally iconic franchise. Tran has been caught on camera engaging with fans with an infectious sense of energy and fun, that should be a beacon to anyone wishing they too could land a role of such status in cinema. Instead, her fire has been prematurely quenched by hate-filled pustules of tepid masculinity and rancid entitlement, neck-bearded inch-dicks with little thought and too much time.

Star Wars‘ fandom has become steadily more toxic since George Lucas’ incredibly divisive prequel trilogy landed in the early 2000’s. The original trilogy fans derided the prequels’ lack of energy and preponderance of nonsensical ephemera (trade federations, blockades, and a queen voted in by the people? Huh?) and although the white-hot hate for Lucas’ supposed desecration has waned in the years since, the antagonism he underwent was such that he was practically forced to give up his company to save it from himself. I should know: I’m on-the-record guilty of despising the prequels to the point where I actively hoped Lucas would give control of the franchise to somebody, nay anybody else. Disney’s purchase of Lucasfilm stoked the “fans” hate even further, suggesting that their precious saga would be ruined by the almighty mouse conglomerate. The proliferation of social media and internet access to film production, in which every aspect and headline of a popular franchise is dissected by countless columns, opinions and YouTube videos, gave rise to an ever-growing sense of community among fans, and not just for Star Wars.

Marvel, DC, James Bond, Doctor Who, Arrow and countless mini-fandoms all embraced the internet as a platform for communicating with the filmmakers of their favourite brands and shows; sadly, human nature is such that if something can be exploited, it will be. Online, fans began believing that they held the power to influence what a studio investing heavily in a brand like Star Wars would deliver. We want films like the original trilogy, they exclaimed. The Force Awakens basically delivered the exact same story as A New Hope, and fans flapped about in a rage at that. Rian Johnson struck out in a new and different way, and fans flapped about that too for the opposite reasons. Solo took the franchise back to the “fun adventure movie” aesthetic and even fewer people were happy about that, in spite of the film actually being decent considering its production woes. That old saying “You can’t please all the people all the time”? Apparently, Lucasfilm can’t please anybody.

The toxicity of Star Wars fandom has spread to countless other brands, including (especially) Warner Bros’ stuttering DC Film Universe – Justice League rendered inert by production issues and Henry Cavill’s digitally removed moustache – with similar conversations. Fans have (wrongly) gained a sense of entitlement towards “their” films or shows, and become enraged when something occurs in them or to them that they don’t agree with. Twenty years ago, we’d never have heard about Lord & Miller being sacked from Solo, we’d have just wandered up to the cinema and seen Ron Howard’s latest effort ignorant of the behind-the-scenes shenanigans. Does that knowledge colour our viewing experience negatively? Perhaps. The flood of information about film production coming from the studios, feeding the ravenous beast of online journalism and criticism and opinion has in many ways diluted the distance between studio and fanbase to a degree that’s entirely unhelpful. Do we show too much footage in a trailer? Not enough? Too many trailers? Do we reveal an actor is cast for speculation on a role they may take? How is a studio to balance the desire for information with keeping their stuff to themselves?

This rabid examination of every decision, every twist and turn in a film’s production, has led some to feel they need to take sides in some intangible war for control of pop-culture. Frankly, it’s abhorrent, and I’m as guilty as anyone of helping enable this kind of shit. It’s okay not to like a character in a Star Wars film – Jar Jar Binks, anybody? – but I’m not gonna hunt down and drag Ahmed Best every chance I get just because he somehow “ruined” Star Wars. Ms Tran deserved better than this. We all deserve better than this. If you’re spending a lot of time thinking about ways to hate or boycott or disrupt a movie you don’t even want to see, you might have to consider that you have some kind of mental health issue you need to sort out. It’s just a movie, after all. Trolls and haters will always exist, it’s up to the rest of us to mitigate their influence and stamp out their rampant toxicity before we lose the very things we love.