It appears I’ve finally stumbled upon a film sub-genre I don’t understand. Psychedelic drug-fuelled 70’s hipster cinema just ain’t my bag, baby. I’ve tried it with Modesty Blaise and I’ve tried it with Beyond The Valley Of The Dolls and I’m convinced this kind of film not only doesn’t sit with me at all, but that I just don’t feel its allure like so many others. Bizarre dialogue, stilted stories and weird production designs make enthralling visual bedlam of a kind I’m not particularly fond of, despite the attached name of Roger Ebert (yes, that Roger Ebert) to this film’s production as a writer, so much so that by about half way through not even the promise of salacious nude bodies and gratuitous sexual activity couldn’t keep me interested. Sad, but true. I guess I expect more from the cinema I consume.

The film takes great pains to point out in an opening title that it is in no way related to Mark Robson’s 1967 drug drama Valley Of The Dolls, a tad disingenuous considering Beyond The Valley Of The Dolls was originally designed to be a sequel before it transformed into a parody of the earlier, critically derided film. Directed by noted sexploitation merchant Russ Meyer (Faster Pussycat, Kill Kill!), the film’s story is loosely set on young musical ingenue Kelly MacNamara (former Playboy pin-up and model turned actress, Dolly Read), who leads a band of rocker chicks that become involved with musical impresario Z-Man (John LaZar), who separates Kelly and her bandmates through parties and narcotics.

The film’s cast are all virtual unknowns to me, although spotting Charles Napier in the mix was a pleasant surprise. Dolly Read’s performance as Kelly is indifferent, all big hair and doe-eyed innocence. Her female co-stars, notably Cynthia Meyers and Marcia Broom, are treated with disdain by Russ Meyer’s script, which is laughably idiotic throughout the movie. A hideous subplot about Kelly’s impending riches as part of an inheritance leads to jealousy and greed, and the various male figures within the film are perceptibly awful. Sexism and promiscuity are de rigeur here, by all parties, and about the only thing that startled me was how little bodily fluid hit the screen. John LaZar is charisma personified as the bisexual music producer, and Duncan McLeod has a teeth-gnashing time vamping it up as the slithering lawyer trying to leech the millions off Kelly and her Aunt. 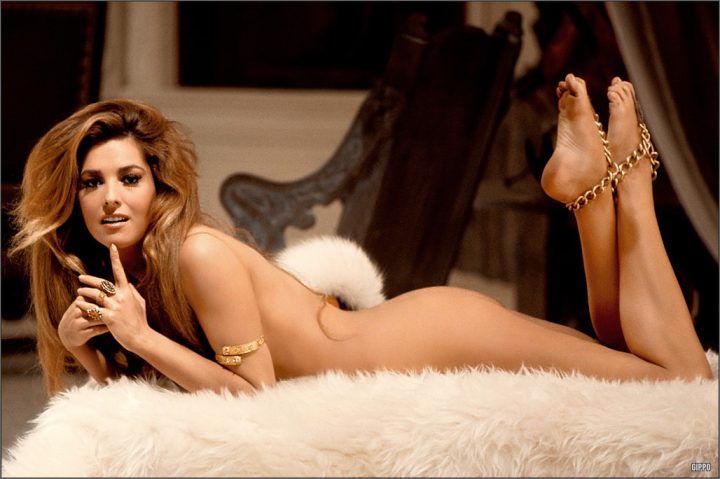 Roger Ebert’s screenplay might have been true-to-life in its day, but in post-millennium modernity the film’s hip-cool dialogue is laughable, and feels strangely like a bizarre take on Austin Powers’ specific dialect. There’s a whole load of “cats”, “Baby”, references to marijuana (“reefer”) and a slew of 70’s jive talk, all of which is kitschy and pleasant but actually a diverting nonsense most of the time. The story’s central plot of Kelly and her Aunt’s splitting of a family fortune, and how lawyer Porter Hall (Duncan McLeod) wants to embezzle it for himself, seems something of an afterthought, and hardly maximises the film’s use of its remarkable visual design work. Costuming, set design and cinematography in Beyond The Valley Of The Dolls is something to truly behold, pertaining to that old Hollywood adage that “they don’t make ’em like that any more!” being as true then as it is now. As progressive as I am, and as liberal as I have been known to be, Beyond The Valley of The Dolls is satirical confusion and syrupy, cornball silliness by today’s standards, offering a blithely addled formula of visual dynamism and kinetic rhythm that feels like it ought to be watched while high.

There’s violence, nudity, depictions of drug use, and a sense of whirligig nonsense to Beyond’s cavalier attitude to narrative, compiled together with rat-a-tat editing and intercut narratives within each scene. It’s the kind of kinetic excess the drug-addled sixties and seventies personified, only here in cinema form. The film’s proclivities towards sex lean heavily into the flavour of Rocky Horror, while interpersonal relationships between characters are sudsy melodrama in the extreme. There’s rarely a serious moment here, with most of the material played for kitschy laughs or ribald titillation, and the film’s numerous songs range from saccharine sweet to earworm catchy. Meyer’s lecherous camerawork is rooted in misogyny, carefully chosen angles and edits to accentuate the feminine pleasures to be found within. One has to watch this film with the mindset of a 1970’s audience, free love and all, and if you can then Beyond The Valley of The Dolls will be right up your alley. It’s a sinful pleasure, this movie, although I didn’t really get into its heady lingo and costuming and fanciful idea of a plot. I can see some charm in it, but it’s a subgenre I’ve figured probably isn’t one I’m really interested in.

2 thoughts on “Movie Review – Beyond The Valley Of The Dolls”