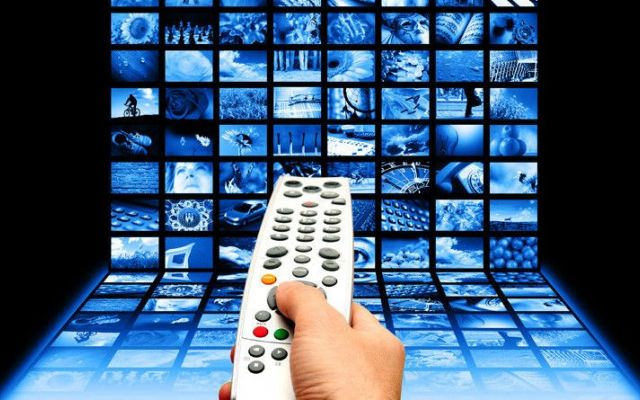 In the 8 years since I published my treatise on BluRay and the High Definition Revolution, the home entertainment landscape has shifted dramatically. Last weekend, a bombshell event occurred that I doubt most people would have even been aware of were they not in America, watching the Superbowl, or a film fan. Netflix, internet streaming service giant and all-round upstart in the home entertainment market dropped a trailer for their upcoming film The Cloverfield Paradox midway through the game, which wasn’t a significant event in an of itself – the Superbowl broadcast typically throws major film trailers at us in order to get as many eyeballs seeing it as possible – save for one crucial piece of information.

The trailer indicated that the film would be available to watch almost immediately online, right after the game. That is to say, Netflix dropped a film’s debut trailer barely 2 hours before the film landed on the platform to view. The Cloverfield Paradox wasn’t just any old D-movie slop, either, it was a major studio release with money and names attached and were Paramount not so terrified of losing money it might have seen a cinema release itself. It’s hard to fathom just how monumental the Netflix moment was for film: a major feature film, with next-to-no marketing behind it until that moment, drops a trailer during the most watched sports event in America and then drops the actual film a few hours later? That is insane for a major feature film. 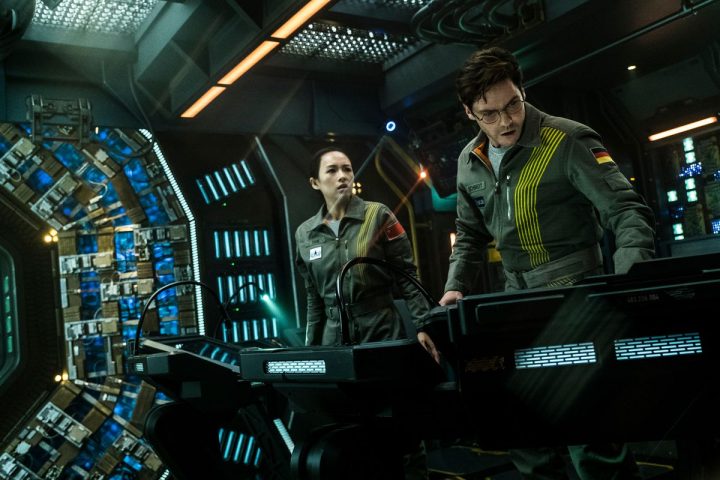 Pundits have seen this kind of thing coming for a long while. The death of physical media isn’t so much a foregone conclusion as it is a harsh reality for the millions of people who own DVD’s and BluRays (such as myself) at home, with streaming platforms such as Netflix, Hulu, Amazon and countless others globally all fighting for a piece of the trillion-dollar entertainment pie. Where studio enthusiasm for Ultra-High-Definition product (including 4K screens and discs) wasn’t exactly huge, younger audiences had shifted away from the shiny round disc idea and onto online media streaming where access to countless films, television shows and music could be gleaned with a simple monthly fee and could be played wirelessly on almost every portable device possible. The boom in streaming services like Netflix indicates that a market shift is underway; this is primarily the reason (it’s been mooted) that Disney has sought to purchase 20th Century Fox, in order to acquire content for the Mouse House’s own dedicated streaming platform to compete with the established giants.

Online delivery is where it’s at, whether we like it or not as consumers. Physical media won’t disappear completely, not for a long, long time, but there’s a strong argument to make that it will remain purely a niche market, similar to those weirdos who still buy gramophone records at dusty old street markets. Given the proximity of people to their phones, tablets and a decent wifi signal, it feels only natural for modern studio heads to want to offer easy-to-access content for the young person on the go, who wants to watch a film on a bus or train or simply sit in their room and multitask a movie whilst messaging friends without going anywhere near a couch or cinema complex.

The Cloverfield Paradox’s startling release event was a paradigm shift in how films can be marketed and delivered. Seismic as it was, the idea that a studio could make a film, release a trailer and drop it online within hours is game-changing. Expensive year-long marketing campaigns for films might fall away as online streaming could deliver inbuilt advertising and save money down the track, allowing a studio to invest that money back into the project or even into others. Netflix’s original content hasn’t always been a success, but what it has done in acquiring films such as Beasts Of No Nation, Okja, iBoy, 1922, Wheelman and the like have meant smaller films get a look in that they might otherwise not see in a cinematic release. Dropping The Cloverfield Project online ensured the film maximum exposure and relative success considering the critical drubbing it received would have blown up on the big screen. Trust me, it won’t be the first time a major release skips cinemas altogether and ends up on a streaming platform.

The fallout from all this is potentially huge. Studio marketing budgets could shrink, or be applied elsewhere to garner more audience share. The glut of content is already hard enough for even the die-hard fans to accommodate so every film and television project today is limited simply by the divide-and-conquer of modern entertainment avenues. Quality will (or should) rise, as studios and networks throw money at more prestige titles to gather praise and adulation, whilst simultaneously giving us more cheaper reality television (blech). Smaller projects with limited genre interests will also be more readily available, due to the instant access of streaming services to provide a global audience to your work. 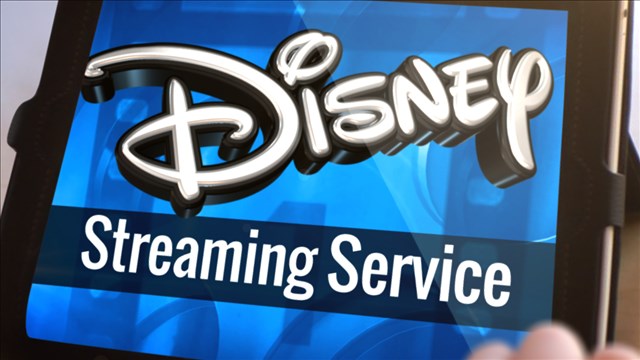 Cinema is no longer the sole dominion of film, and at least for many is seen more as an event spectacle than it is an everyday experience. In all honesty, I rarely attend cinema screenings except for the Big Event Blockbusters, preferring to stream my cinema content via Apple, Netflix or other methods. My BluRay purchases have also significantly reduced (although this is more to do with change in family lifestyle and financial restrictions than my love of physical media per se) and there’s less money to throw at movies I’m not otherwise predisposed to see. In other words, with my limited time on this Earth, I’m far more discerning with the content I consume, and aside from obvious examples (MCU, DC, Star Wars) the vast majority of my film consumption is streaming online.

In a world of near-instant gratification and now-now-now entertainment, the ultimate fan event has occurred. A film you didn’t know you wanted to see drops a trailer, and you can see that film almost immediately. Netflix gets an almighty bump in viewing figures, thus an increase in revenue, and no doubt the price they paid to acquire the film is covered and then some. Imagine if Disney’s streaming platform dropped a Star Wars film the same way in a couple of years time? Or Amazon did something similar? And then the trend continues, until it becomes the norm instead of something unique? If you don’t think it’ll happen, you wait until it does, because it will. Imitation of a good idea is all well and good until it becomes the normal way of doing things. Film studios used to plagiarise ideas from each other and hammer home a genre, concept or style until audiences grew sick of it, and the streaming platform war will become the next battleground for consumer hungry conglomerates (and Disney is a mother of a conglomerate) seeking to outdo each other for supremacy. 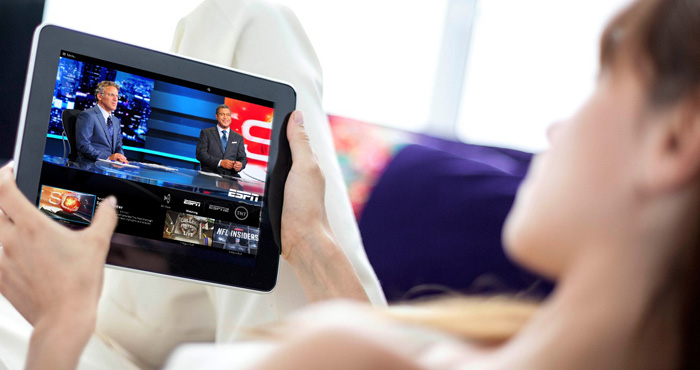 The downside to the rise of streaming is the generally indifferent quality of the service provided. While you can currently buy the latest blockbuster on UHD in 4K and uncompressed surround sound for your giant screen, streaming services for 4K content are prohibitively problematic simply due to the bandwidth required to achieve it. Will people want to watch downgraded 1080p content on their 4K capable screens? Will internet providers be able to keep up with the uptake of online streaming in a satisfactory manner for the general public? The offset to instant access is a drop in technical quality, although given there’s folks out there happy to torrent and watch a shitty cam copy of a blockbuster film one could also argue that it doesn’t matter. And if it doesn’t, should it?

The proliferation of streaming services and ultra-fast internet has meant an already behind-the-times Hollywood system is now even further behind, trying to play catch-up with the expectations of a modern audience pool. Their tried-and-true methods of film distribution, marketing and delivery aren’t really up to speed with online growth, with a mobile device or three in every home able to satisfy the casual film or television fan far more easily than a crusty, worn-out old cinema, or even an expensive, luxurious one. 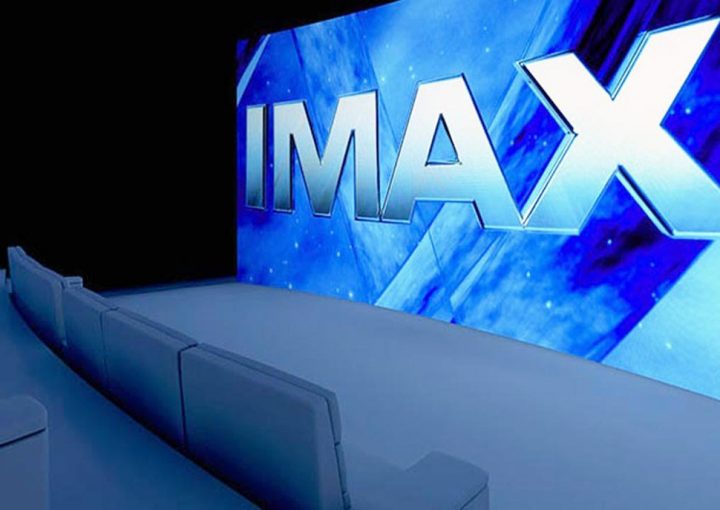 The Cloverfield Paradox was an unheralded game changer for the cinematic landscape, a prelude to an online battle for supremacy which has been bubbling away for a few years but should soon escalate into all-out war. While the film itself has been dividing critics and audiences alike, the manner of its arrival was a virtual seismic shift in the delivery of film content globally. The success of which will engender a myriad copycats and wannabes, which in itself will either strengthen or dilute the game for all. Online cinema is here to stay. Physical media is in its death-throes, despite money being thrown at UHD formats and the like. What you saw beyond The Cloverfield Paradox’s unorthodox landing was an earth-shattering kaboom that will reshape the entertainment landscape as we know it.