Cinematic superheroes are a dime a dozen these days, what with the proliferation of the Marvel and DC Cinematic Universes, and there’s little room for other, fresher, newer players in the game. The glut of small-screen escapades also means audience eyeballs are limited for alternative takes on the superhero genre, so you have to produce something stylish or out-of-the-box to make any kind of impact. Cue Rendel, a Finnish production released recently that attempts to do just that: the titular hero is dark, almost silent, and strangely reminiscent of The Flash television series’ Zoom, although his sense of ass-kicking and brutal vigilante justice is comparatively adjacent to Batman. While the film, apparently shot in 2015 and ’16 and released only last year, is relatively low budget (it was filmed for a reputed budget of just over a million Euro) there’s style and pizzazz to burn here, as director Jesse Haaja’s creation bludgeons his way across the screen in this violent, maudlin affair. 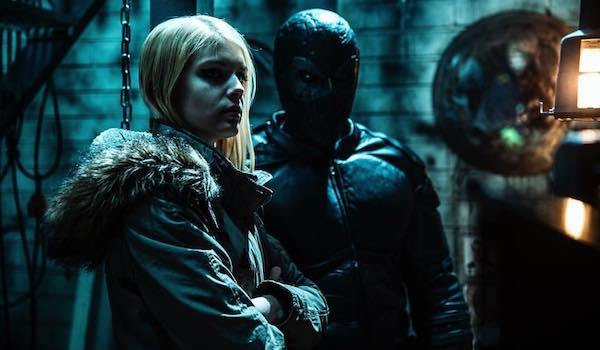 Working from a screenplay by Pekka Lehtosaari, Miika Norvanto and Timo Puustinen, from an idea by the director himself, Haaja’s Rendel is almost entirely about the style. The story, the characters, lack complexity or depth, and the movie’s rambunctious musical score is evocative in the same way Hans Zimmer’s work on The Dark Knight was, only without the heft. As with Batman, the titular character is on a vendetta against the criminal underworld; here its focused mainly on pharmaceutical company VALA, with some kind of unique drug they’re trying to distribute being the target of Rendel’s rage. Rendel lacks Batman’s iconic rogues gallery to offset the hero’s lengthy periods of silence, and as a result the film must resort to an off-kilter sense of humour to energise it. Aside from a couple of decent performances – notably Ramu Rusinen’s chatty, hirsute gangster type – there’s very few sparks here. The plot is formulaic, and as an origin story, I’ve seen better done with less. 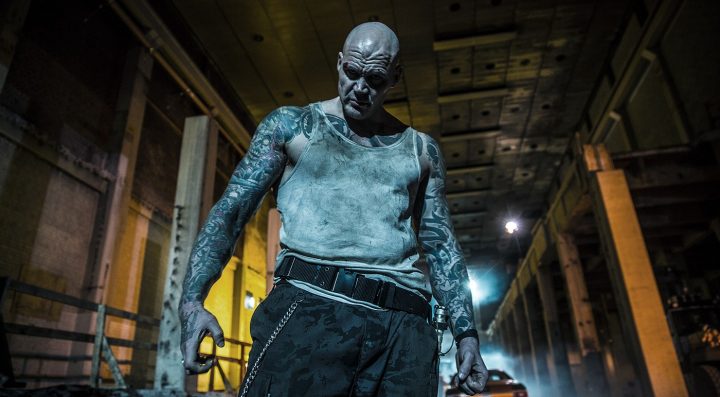 Leading the film is Kristofer Gummerus, in the dual role of Ramo/Rendel, less a Bruce Wayne type and more a John Wayne type: he’s a family man on a vendetta, without his family knowing about it, and the closer he gets to VALA’s bosses, the more he jeopardises those closest to him. Gummerus is a good actor, and his unmasked scenes are humanistic and natural. But as Rendel he’s suffocated by ineffectual material, bashing and blasting his way through a small gathering of random henchmen to get what he wants. The film’s central antagonist, uber mercenary Radek (Johnny Vivash, who escapes from a gulag by killing a single prison guard and just walking out, WTF?) assembles a virtual suicide squad to keep VALA’s interests secure, which obviously invites all manner of carnage to be visited on the streets of the film’s setting, the city of Mikkeli in Finland. The final assault on Rendel by the various assassins and mercenaries is middling, although a big shout-out goes to Aussie actress Bianca Bradey (Wormwood, Starting From Now), who brings her action A-game to the two scenes she has in battle, and shows again why her home nation should be giving her more attention. 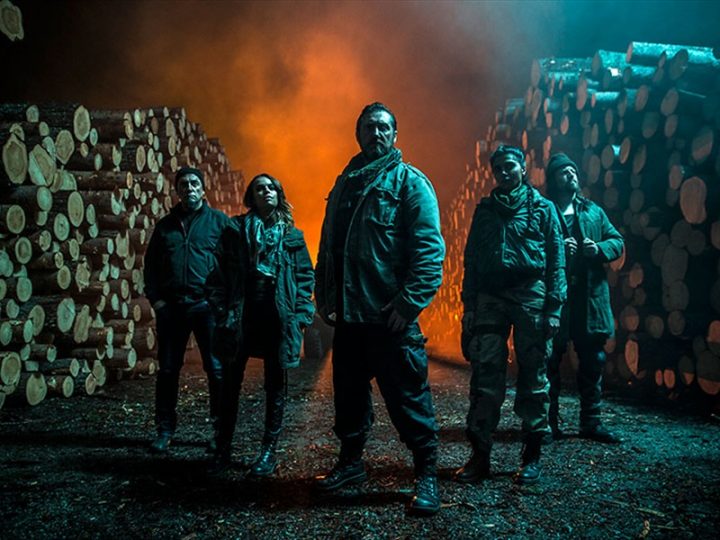 Sadly, Rendel’s pacing and general tone aren’t sufficient to maintain interest. With shallow characters and a cartoonish thuggery on display, Rendel seems to think it’s a more important film than it actually is. Languid setup, iffy violent payoffs, and a general sense of tonal indifference mire the film in drab, low-budget melancholy, and the jarring sense of scale can’t accommodate the vision Haaja has. I’m undecided as to where the fault with Rendel’s unenthused execution is derived. The script is problematic, sure (one scene in particular had me cringing in my seat with uncomfortable rage, and it involves Ramo’s young daughter…), but one could overcome that with heftier action and a definitive focus on either over-the-top violence or just outright cartoonish fun. Glimpses of greatness lie within – Rendel’s dispatching of one Bad Guy using a vehicle is eminently enjoyable – but these moments are too minimal and infrequent to really sell. Haaja’s minuscule budget has plenty to do with the film’s razor-tight filming schedule and ability to accommodate the story’s demands, so I give the film points for trying to do something more than it’s ultimately capable of. But Haaja’s sense of humour doesn’t sit well within the film’s Batman-esque narrative. 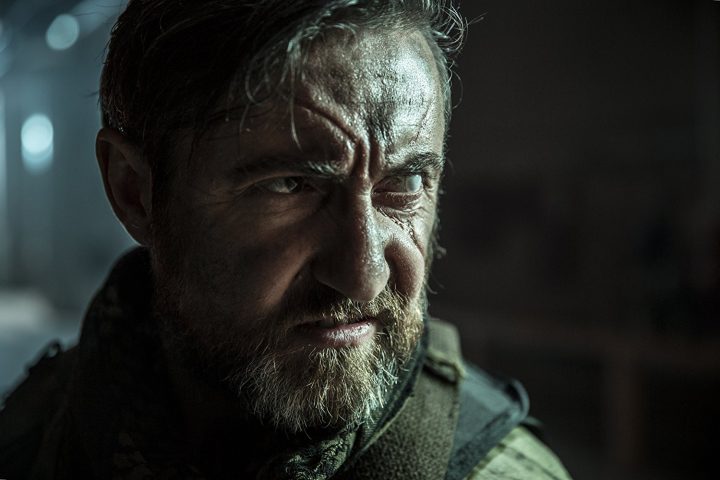 I’m all for singing the praises of up-and-coming filmmakers being given a chance to showcase their talent. Jesse Haaja has the makings of a decent filmmaker in him, and he turns in a film that looks and sounds like a far bigger budget one than he had working for him. Issues with story, character and pacing are key to Rendel’s malaise, and rob the film of being an underground cult hit that works alongside other, bigger comic book movies. The cinematography is superb (when it’s not overusing slo-mo to detrimental effect), and Haaja can throw his camera around like a seasoned professional, but editorially the film’s emotional centre is unbalanced and revelations that come late feel unearned, or too icky to make much sense. Violent, filled with potential but ultimately too cliched and unable to stand as its own film, Rendel ekes out minor charm between the cornball acting and trite dialogue, and takes few real risks in its mission to capitalise on the current superhero boom. A valiant effort, but unrewarding to the viewer.