This past weekend was a particularly horrific one for Hollywood’s image as an artist’s playground. Off the back of the #MeToo movement involving countless female actresses and participants in Hollywood’s uprising against not only sexual inequality but sexual aggression by men in positions of power, Kill Bill star Uma Thurman let loose in a scorched earth interview with the New York Times and recounted numerous times she was harassed and abused by producer Harvey Weinstein, and forced to endure physical and mental torture at the hands of superstar director Quentin Tarantino, the man behind the Kill Bill franchise.

In the interview, Thurman recounts a frightening moment filming the bloody revenge film project in which Tarantino “forced” her to drive a modified car for a particular shot, something the actress was initially hesitant about but agreed too (reluctantly). Moments later, with the camera rolling, Thurman lost control of the vehicle and slammed into a tree, injuring her and forcing filming to stop until she was better. Furious, Thurman and Tarantino’s relationship deteriorated further than it already had – Thurman’s icy relationship with Tarantino’s producer friend Harvey Weinstein had created tension not only on the set but in their friendship as well, and given Weinstein’s now infamous back-catalogue of sexual aggression it stands to reason that much of the Kill Bill production must have been razor’s edge crisp. 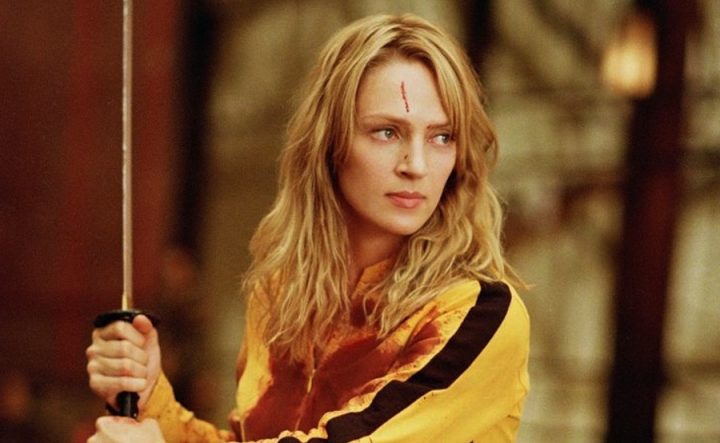 The idea that an actor or actress would put themselves into harms way for a film isn’t new, and on occasion has led to significant injury or – as with Brandon Lee, tragedy – but the nature of Thurman’s injury and the backstory surrounding it should give us pause. Anecdotal stories have emerged that it was Tarantino who choked actress Diane Krueger to the point of unconsciousness for a shot in Inglourious Basterds. Apparently it was also the director who spat into the face of Thurman herself for another shot in Kill Bill. The sequence involving Thurman’s car accident isn’t so much an artistic choice as it is Tarantino exerting control over the film in a manner incongruous to his public persona.

In this specific example, there is almost no discernible need for Thurman to be in that vehicle doing those shots. This is why the industry relies on stunt people: they’re paid to take risks, and driving an unfamiliar and modified vehicle would be one of them. The angle of the shot in the video provided to the Times (we will not link it here, but can be found elsewhere online) is of Thurman from behind – we never see her face – and it baffles me as to why she would be forced to do something she apparently wasn’t that keen on simply for a back-of-the-head angle.

The larger question out of all of this, not to reduce Thurman’s claims in any way, is exactly what price we, the actors, directors, producers and viewers, are prepared to pay for art. Strangling an actress just the right way on camera to get just the right shot seems far too malignant to be justifiable in any way, and yet Nicolas Cage at a cockroach for Leaving Las Vegas. Method actors demand of themselves a level of immersion into a role to achieve a performance worthy of the big screen, while directors down the ages have always been accused of “going too far” with their cast in achieving a specific shot or take. There’s an argument to make about putting people in genuine harm’s way for the sake of a shot, but so too is the need for caution when dealing with these kinds of demands. 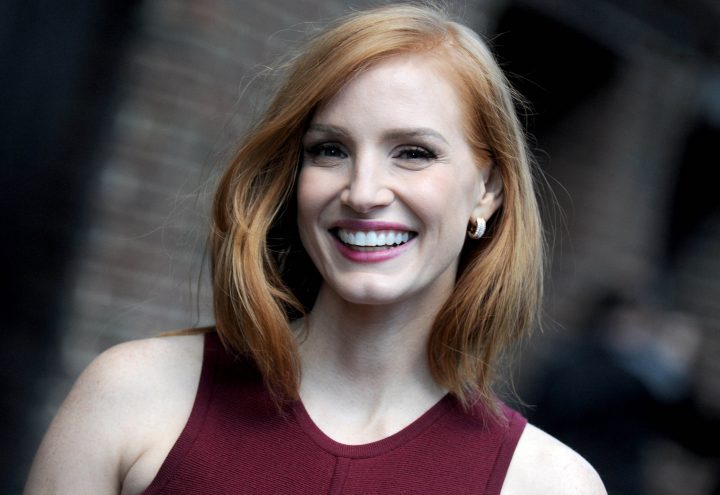 The whole sorry saga of Thurman’s experiences under Tarantino’s rein is indicative of this backlash against violence towards women, real or imagined, has exploded online, further aiming the blowtorch at those incriminated in such actions. Ironically, Tarantino’s next film project is reported to be a Charles Manson biopic of sorts, although considering how the serial killer treated women perhaps Tarantino’s prospects for realising this might now seem tone-deaf against the current social mood.

Jessica Chastain, herself an actress standing tall for women’s rights within the Hollywood landscape, has come out against the continued use of sexual abuse as a “phoenix” moment for screen characters, taking to Twitter to skewer (typically) male writers about their lazy use of the cliche to generate powerful characters:

When violence against women is used as a plot device to make the characters stronger then we have a problem. It is not empowering to be beaten and raped, yet so many films make it their ‘pheonix’ moment for women. We don’t need abuse in order to be powerful. We already are.

This has been an argument rising in recent times, not the least for popular television series Game Of Thrones, which has used rape and assault as a standardised method of narrative expediency since practically its inception, the zenith of which was a central character’s brutal experience at the hands of one of the show’s most evil characters in order to further her “strong heroine” archetype. It’s more the normalisation of this kind of storytelling as entertainment that’s become hard to stomach. Chastain’s argument seems to be that a woman needing to endure such intimate assault in order to become stronger seems to be sending the wrong type of message not only to viewers but to producers, writers and directors seeing the viewing numbers as a result and trying to emulate this as a crutch for lethargic filmmaking. She’s not wrong. In fact, she’s entirely right. Finding puerile entertainment value in seeing this kind of treatment of women on screen – while validated by either the period of the film’s setting or the nature of the society it represents – is the crux of Chastain’s statement, and as an audience I guess it’s up to us to refute this kind of thing whenever possible, by refusing the watch.

In the golden days of Hollywood, there were very few protections towards those involved in Hollywood’s production-line efforts. If you got hurt… well, that’s bad luck. Actors, particularly those such as Chaplin, Keaton and the vaudeville types garnering fame for their wild and impossible stunts, often found themselves inured for the sake of their filmmaking. As the industry progressed and unions gave rise to protections for various parties, injuries and accidents became far fewer – although as with any artistic endeavour dealing with people moving, things still happened. The infamous case against John Landis, who was involved in a tragic triple-death on the set of The Twilight Zone movie (resulting in the deaths of actor Vic Morrow and two child performers present at the time) resulted in stricter child safety laws in California, and served as a wake-up call for the industry. Nevertheless, deaths have continued to plague the industry despite all manner of safety checks. A stuntperson was killed on the set of Deadpool 2, only recently, after a motorbike careered into a plate-glass window. On another film shoot, a production assistant was killed by a train when the film crew she was with didn’t realise they were in harms way until too late.

No film is worth a person’s life. No film is worth a person’s dignity, especially that of women subjugated to the whims of men who enjoy castigating and humiliating people on their sets. Putting women in a position where they feel unsafe, humiliated, marginalised or simply uncomfortable is no longer tolerable – it never was before now, but now there’s no excuse – and the industry is currently undergoing a wake-up call on that very point. As with every part of the filmmaking process, artistic control ultimately rests with the director, although all those involved in the filmmaking process shouldn’t be asked to give up their basic humanity to achieve a particular shot during production. A good director will suggest, there will be consultation with those involved – especially if it’s a particularly violent or controversial thematic element to the movie – and then all parties should agree on the limits one should take to achieve a shot or take. A really good director will find a way to achieve an emotional moment in the camera that doesn’t result in anybody being injured or killed. 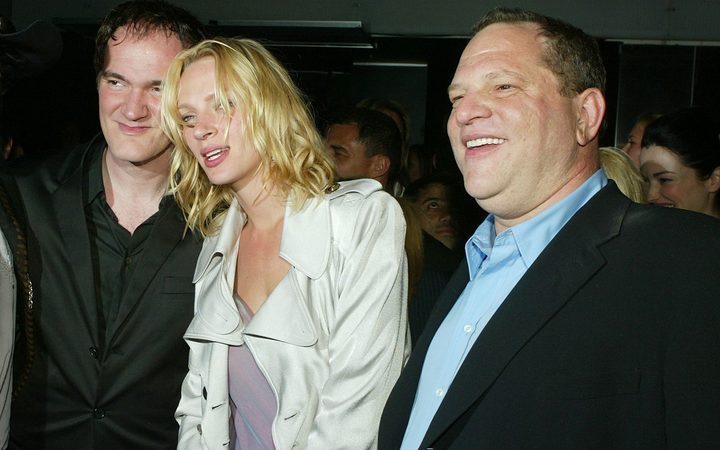 As a film critic, it saddens me that a form of art I love has been sullied by these kinds of actions. I had enormous respect for Quentin Tarantino before today. I still consider him an incredibly talented filmmaker, but as a man, as a human being, as a person capable of some of the things Uma Thurman has alleged of him, I have lost almost all respect for him. Thurman has every right to be angry. Heck, the stories we’ve been hearing over the last months since the Weinstein story broke have made us all angry. That anger needs to be funnelled into something positive: change, change of the kind that strips away the us-and-them mentality in Hollywood and fosters a legitimately unambiguous creative environment where people never feel second-class or second-best or only included for their physical attributes. Is that too much of an ask for an industry which has ridden on the back of beautiful perfection for so long?

I have no answers to many of these questions. They are not my questions to answer.

2 thoughts on “For The Shot: What Price Art?”