Whether it’s the romantic comedy orgasms of When Harry Met Sally or the hammer-wielding torture of Misery or the l0w-key administrative fix-pickle of The American President, director Rob Reiner (Stand By Me, The Bucket List) is a director who never makes the same kind of film twice. Okay, we’d rather more films like LBJ than we would And So It Goes…, but we can’t all have hits every time up to bat. LBJ, a provocatively non-provocative biopic centred around the 36th President of The United States, is a handsome period film in its own right and boasts a well-intentioned central performance by Woody Harrelson, who steps into this kind of film with the fervour and commitment he essayed in The People Versus Larry Flynt, even though it’s to little effect. Swirling around a potted history of John F Kennedy’s Civil Rights Act and the man’s assassination in Dallas Texas, LBJ’s focus is ill-formed and its motivations unclear, but that doesn’t make it a poor film. Just one that never meets expectations.

I guess the problem with Lyndon B Johnson’s legacy is that it’s largely intertwined with that of the president he succeeded, JFK (a great Jeffrey Donovan), a far more popular and indelibly mythical icon of American political history and around whom a lot of this film is centred. Consequently, irrevocably, the man’s story has to collide with Kennedy’s superstar lifestyle and mode of operation, and the film paints both JFK and his brother Robert (a terrifically haughty Michael Stahl-David) as almost the antithesis of what they presented publicly. As Johnson rises to the position of Vice President, his Southern Democrat allies, led by Senator Richard Russell (Richard Jenkins, offering yet more Oscar-calibre work in 2017) are desperate to kill off Kennedy’s impending Civil Rights Act. After Kennedy’s assassination in November 1963, Johnson becomes President and must decide whether to follow Kennedy’s progressive policies or return America to the dark days of segregation and racial tension. 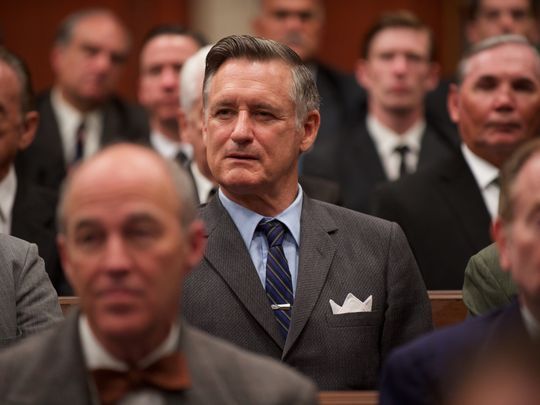 Woody Harrelson dons significant prothetics to appear more Johnson-like, an issue for an actor of such distinct visual nature and sadly a problem for the film overall. Harrelson is a charming, menacing, subtle actor – heck, have you seen him in Three Billboards Outside Ebbing Missouri? – but a lot of what makes him work as an actor is hidden by unwieldy and often laughable makeup and effects. Honestly, if they’d just left him as he was, given him a decent hairpiece and let him go I think the film might have worked better, or at least we’d have seen the real Harrelson at work, rather than this waxwork figure who moves occasionally. As a creative choice, I can understand it, but similarly to Leonardo DiCaprio’s awful makeup effects in J Edgar, the performance is buried beneath the prosthetic and not enhanced by it. 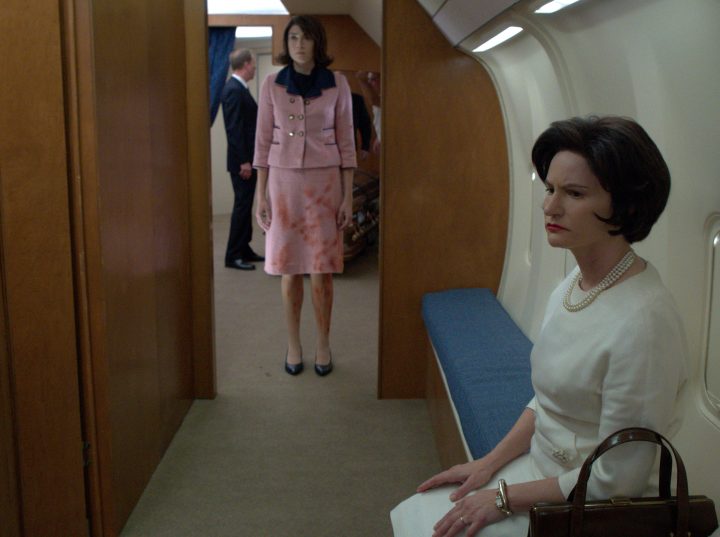 The film’s screenplay comes to us from Joey Hartstone, writer on Shock & Awe and several episodes of The Good Fight, and in any other universe I’d think the film was intelligently written and manifested a solid portrayal of its titular character. But we live in a world now fascinated by political figures and their respective machinations, and the quality of the productions involving them are of the highest quality indeed; sadly, LBJ, while solid, plays more like a movie-of-the-week dot-point narrative than it does a compelling core story, threading LBJ into history rather than making it revolve around him. A criminally underused Jennifer Jason Leigh plays Johnson’s wife Lady Bird in a role I think should have been larger – the women behind the men are usually far more interesting than history would suggest at first blush – and Richard Jenkins, as the film’s primary antagonist, is once more the highlight of a film. 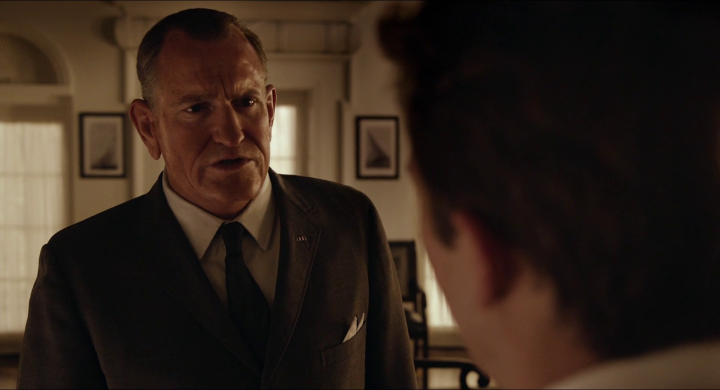 The film is indifferent to the Kennedy’s other than portraying Robert Kennedy as a brattish, arrogant prick, which he might well have been, but once JFK is killed there’s no sense of conclusion to his arc, or reconciliation with Johnson throughout their battles. The fact the film struggles to balance the tone of Johnson himself is also an indictment – at no point did I really like him or hate him, or find much to sink my brainteeth into, and this is to the detriment of the film. Harrelson draws some empathy as a man conflicted with the past and his country’s future, his disdain for the racism he sees in men he considered friends at one time, and his realisation that America post-Kennedy is a far different beast than the one before, but he can’t quite deliver the gravitas to make it kick like it ought. No slight on Harrelson, though, rather the material he is given and Reiner’s inability to find a path through the story’s permutations to a central truth about what happened. 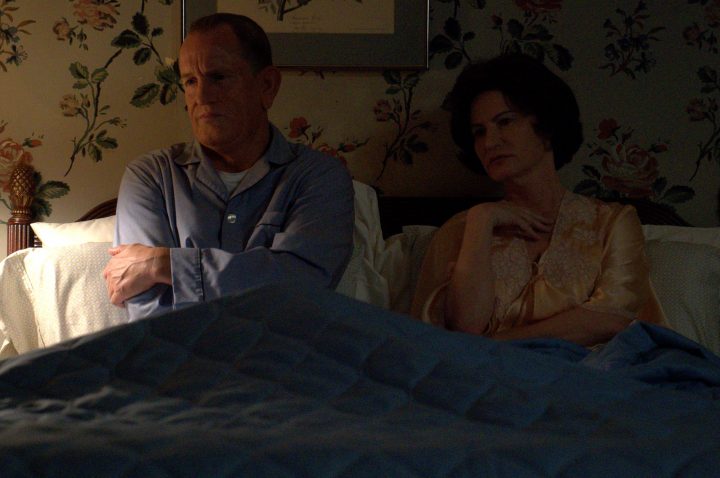 The film is well directed visually, though, when it comes to its production detail. Costumes, sets, effects and the level of care that’s gone into representing this period of America’s history are all first rate, and Reiner’s sense of timing, pacing and comedy (yes, the film does have moments of levity despite its serious tone) are honed to perfection. Of note, the umpteenth realisation of the Kennedy assassination in Dallas, which looks much as it does in every other film to present the moment, as well as the labyrinthine White House corridors and Oval Office, which looks stark and crisp and wonderful. While the film slogs through its ill-fitting story, it never wavers with the visuals – I should also mention Marc Shaiman’s evocative score, which I felt suited the material well and never felt cheesy or too Uber-Patriotic, like many of these films can seem. 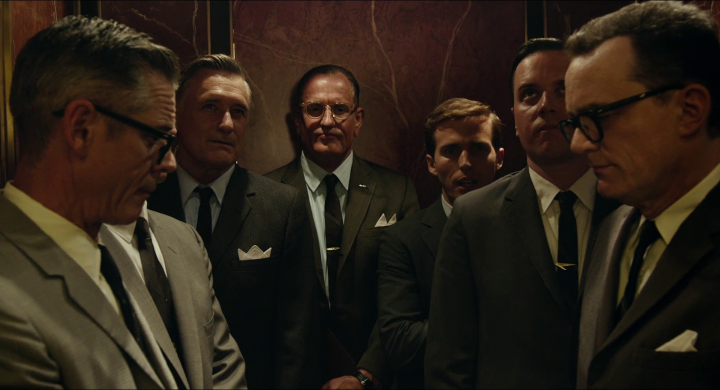 LBJ slots into Hollywood’s Presidential Cinema cavalcade somewhere in the mid-range level of films. Decidedly ambivalent about the man as a man, rather than as a President, LBJ’s genteel plot negates much of Woody Harrelson’s great work and that’s the shame of it all. A solid cast and moments of great acting are mired by indifferent ideologies and a workmanlike, commendably solid yet unfulfilling directorial job from Rob Reiner.