If you’re a kid like me who grew up in the 80’s, there’s a fair chance you were subjected to the films of Danny Kaye by your parents. Seen as a screen idol for many, Kaye’s career spanned only 17 feature films after a lengthy career on Broadway and stages across America. Among his most memorable, 1951’s On The Riviera probably isn’t. The film’s comedic tropes – Kaye plays two people who look identical to “comedic” effect through a “zany” plot involving French people and planes – are languid and flourish only occasionally, and while Kaye’s work as both the entertainer and straight man of the film is workmanlike, the film’s soufflé plot and indifferent direction make this a less than stellar effort from all involved.

Kayne plays American entertainer Jack Martin, who has crafted a show of impersonations at a hotel in the French Riviera. Together with his girlfriend Colette (Corinne Calvet), he has plans for the hotel’s owner to move up to “the big show”, a raise in fortunes. One evening, after witnessing successful aviation entrepreneur and global test pilot Captain Henri Duran (Kaye in a dual role) land in Paris, Jack decides to impersonate him as part of his show. When Duran arrives at the club with his wife, Lili (Oscar winner Gene Tierney – Leave Her To Heaven), Henri decides to use their uncanny resemblance for his own gain – Duran needs to close a deal to make his airline successful, so he uses Jack to confuse his rival (Jean Murat) while he does so. However, because reasons, Henri decides not to tell his wife, in order to play the field of women surrounding him, something Jack discovers and also goes along with, even as Colette becomes confused with his conflicting personality. 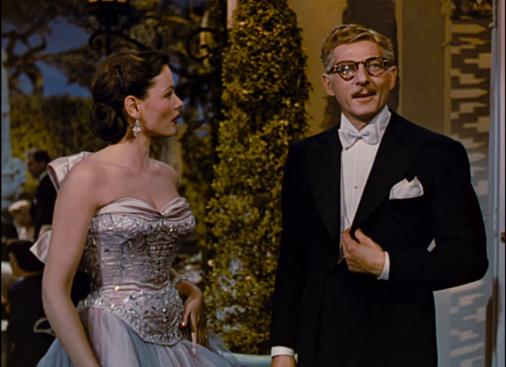 On The Riviera is a light-hearted romp in a glamorous part of the world with beautiful, talented people that doesn’t offer much other than a glib, diet-Coke sampling of Hollywood’s glitzy side. The film is based on a stage play (naturally) and you can kinda tell with the majority of the film set in two locations throughout – the club Jack works at to start with, and Henri Duran’s palatial residence. The screenplay is co-written by Valentine Davies as well as Henry and Phoebe Ephron – the parents of late Hollywood writer/director Nora Ephron – so it comes with some legacy attached, but honestly the plot is so threadbare and thinly disguised as farce, complementary words aren’t worthwhile attached. The whole premise is standard comedy fare here: the two central characters don’t tell their friends and family they’re pretending to be different people, before everyone else realises it but they don’t know they know, and so on, is as easy to spot coming as it is laughably inane. That’s not to say there’s no fun here, because there is, but in much the same way you can spot the plans of Wile E Coyote falling apart as the Road Runner bolts past, so to On The Riviera’s schtick is as clockwork as it is flippant. 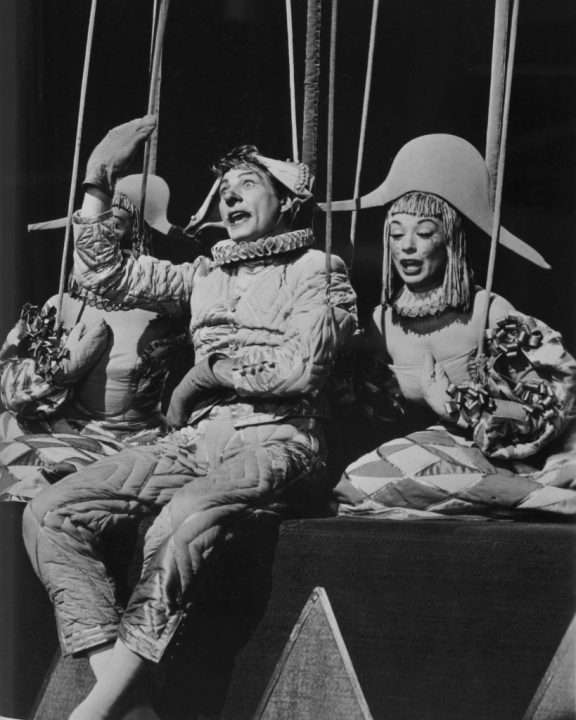 With his name above the title, Danny Kaye offers the lion’s share of laughs as he softly-patters his way through a terribly rote series of “predicaments” that fail to garner enthusiasm from this viewer. Your mileage on this film is going to come from your tolerance of people being utterly idiotic, Kaye particularly. His mugging to camera and pantomime performance style are on-point, and his line delivery is (as always) sublime, but he’s let down here by an appallingly unfunny series of pratfalls, near-misses, mixups and oh-dears and the film never averts its own destruction because of this. The laughs aren’t that great, the songs are listless (particularly the opening title number) while the Oscar-nominated score doesn’t really do much for me. In terms of its technical proficiency, the film’s framing and lighting (by Hollywood cinematographer legend Leon Shamroy, who has snagged three of his four Oscar wins by the time he came to this film) is unmemorable, and altogether not particularly showy, and prolific director Walter Lang just feels like he’s going through the motions, reliant solely on Kaye to drive the movie. Maybe I just expected a bit more. 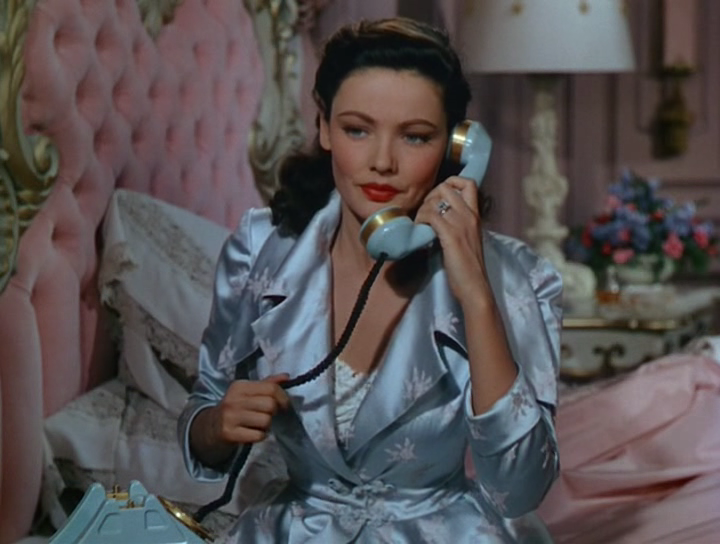 The film’s most awkward post-modern critique is its treatment of women, which is to say they’re all entirely ornamental. Henri treats his wife appallingly, having flirtations and all-out affairs with other glamorous women (although exactly why one would cheat on a woman as awesome as Gene Tierney I’ll never quite understand), while Jack’s treatment of Colette borders on pathological mental abuse. On The Riviera tries to balance the ill-fated ledger by having each of the women gain some comeuppance on Jack/Henri at various points but the 1950’s sexism on display does feel a touch cringe-worthy. The only real shining light here is a miscommunication between Tierney’s Lili and Jack when they discuss “the events of the previous night”, with he talking about a stage performance and her talking about sex with her “husband” – she thought she was sleeping with Jack, but in reality it was Henri pretending to be Jack, or so she thought – and the ripe dialogue crackles with explicit overtones. That said, both Tierney and Calvert do solid, if underwritten and undervalued, work here, with Kaye’s dual-role the exact kind of thing a vintage performer like him could do in his sleep. 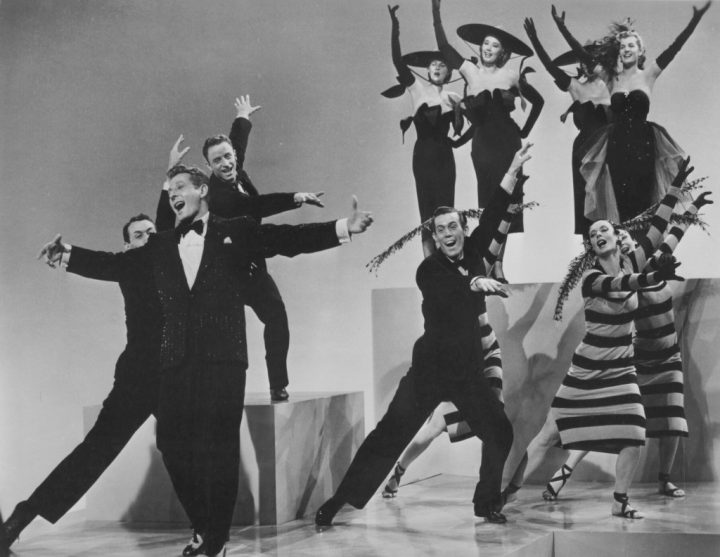 If you had to sum up On The Riviera in a single word, you’d use phrases like “genteel” and “lackadaisical” and even “gregarious”, although the film never gets out of first gear with its pacey who-knows-who’s-what-and-who-knows-what-else plotting sputtering more and more as the film’s dull second act wears thin. The conniptions the film bends itself into aren’t anything particularly clever, and the dramatic weight of the film isn’t strong enough to generate a connection with the viewer. The supporting cast perform admirably with the tepid material, while Kaye masterfully steals every scene he’s in (and that’s almost all of them) and the film’s bubbly plot and diffident viewpoint on fidelity makes for engaging and awkwardly amusing viewing. By no means a classic, and hardly the worst thing I’ve ever seen, On The Riviera is worthwhile for fans of Danny Kaye but few others.

1 thought on “Movie Review – On The Riviera”