The Lego film behemoth continues to dwell in the recesses of modern cineplexes, although with The Ninjago Movie there’s a whiff of the subgenre’s time being over in this widescreen, big-budget form. While Lego toys will always sell, and Lego movies might always be made, The Ninjago Movie’s sense of kooky off-kilter humour isn’t as zippy as either of its progenitors – The Lego Movie or The Lego Batman Movie – and the imbalance between humour and action, and character-driven storytelling, is the size of a chasm here. Sure, it’s charming enough, but the film runs aground badly when trying to tackle the more “human” elements this piecemeal story cobbles together. 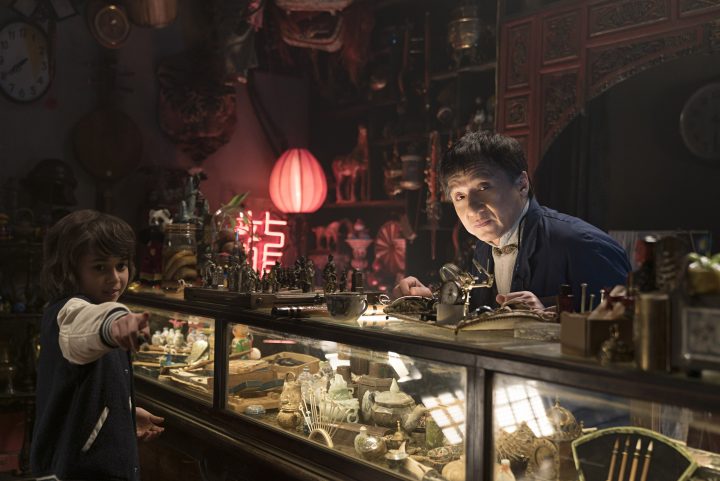 Young Lloyd (Dave Franco) lives with his mother Koko (Olivia Munn) in the Lego city of Ninjago, a city constantly attacked by evil supervillain – and Lloyd’s absentee father, Garmadon (Justin Theroux). Defending the city (and unknown to Koko) is Lloyd and five of his only friends, who become secret ninja’s and operate giant mech robots to defeat Garmadon relatively easily. Lloyd remains disconsolate he receives no acknowledgement from Garmadon that he’s his father, and constantly seeks his approval (or any kind of emotional connection, really), until one day Garmadon unleashes the Ultimate Weapon upon Ninjago and sets up a chain of events that will not only shatter previously held relationships, including that between Lloyd and his Uncle Wu (Jackie Chan), but also that between Lloyd and Garmadon himself.

At times, The Ninjago Movie positively sparkles. It works best when showcasing that bizarre off-the-wall humour we’ve come to appreciate in these increasingly weird Lego cinematic ventures, and to a large degree the film’s action sequences are among the franchise’s best. Despite the best of Animal Logic’s sublime animation, however, Ninjago’s saccharine emotional heft is too awkwardly balanced between gags and the story tries too hard to string its simplified connective tissue together, resulting in an entertaining but often tiresome cluster of pixelated puns. You know you’re in for a rough ride when the screenplay and story credit numbers more than the fingers on two hands, while concerns are raised with no less than three credited directors at the helm, sure signs of a not-quite singular vision. 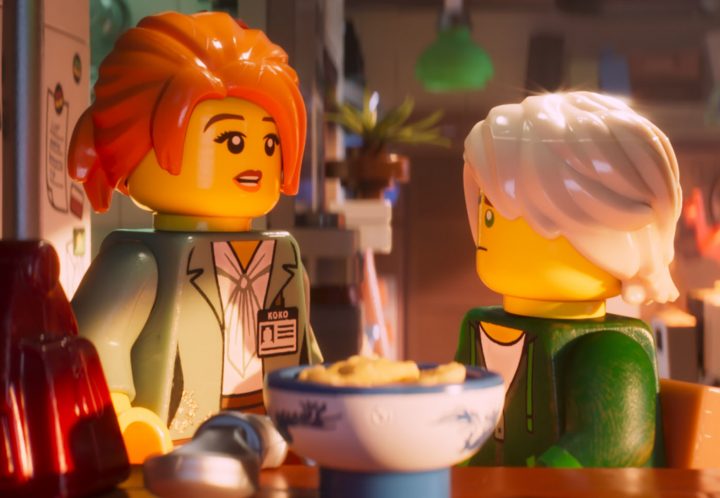 As you’d expect from a film with such diverse creative input (including no less than four distinct production companies!), there’s multiple disparate elements at play here: on one hand, you have a tried-and-true quest film influenced by Asian cinema (as dictated by the inclusion of Jackie Chan in a bookending live-action element) as well as an estranged-father-son narrative that bludgeons itself into position between explosions, while the non-sequitors and aside-driven humour remains as spritely as anything in the previous two feature films. Clashing wildly with Lloyd’s journey of self-discovery is his inane quest to have Garmadon as his legitimate father, a narrative cornerstone of the film and one that is both boring, badly handled, and too prominent for its own good. That is to say Garmadon’s continued indifference to Lloyd’s familial desires becomes wearisome when it should crackle – it’s a crucial aspect written into the soul of the film that never elicits the requisite moments of “dawwwww” and in the end feels disingenuous. Yeah, I never suspected a Lego film would bore me, but there’s entire minutes of utterly trite character development between Lloyd and Garmadon that makes you look at your watch. 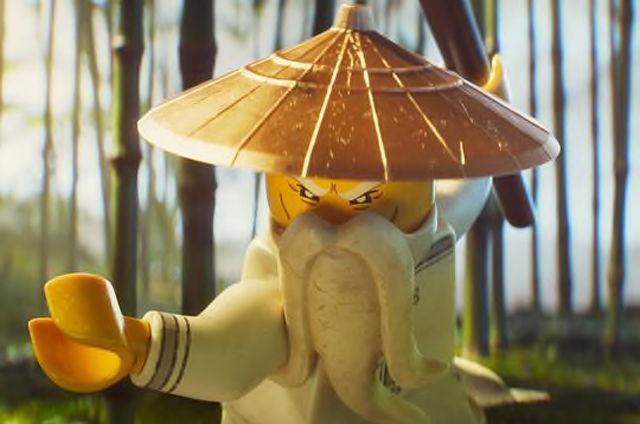 That isn’t to say Ninjago isn’t without moments of fun; from its opening attack sequence to its closing musical number, Ninjago rattles along with clever, dazzling action and adventure that keeps the momentum going until it’s brought to a halt by “exposition” and character development. As you’d expect, the effects and visuals of the film are superb, with levels of detail unmatched by even many a live-action film and a sense of the ridiculous that permeates every single frame. Mark Mothersbaugh returns again to score the fun, offering a bombastic and thematically hilarious orchestral accompaniment, which proved a delight, while the voice cast, including Dave Franco, Justin Theroux and Olivia Munn, are excellent. The missteps of Ninjago aren’t among the technical aspects, but rather the creative desire to somehow bring a darker father-son bonding between conflict story into the bright shiny world of Lego. It’s nice they tried to include themes that would appeal to children in some way, but it’s done in such an incredibly overbearing way the film fractures because of it. No, it didn’t work. 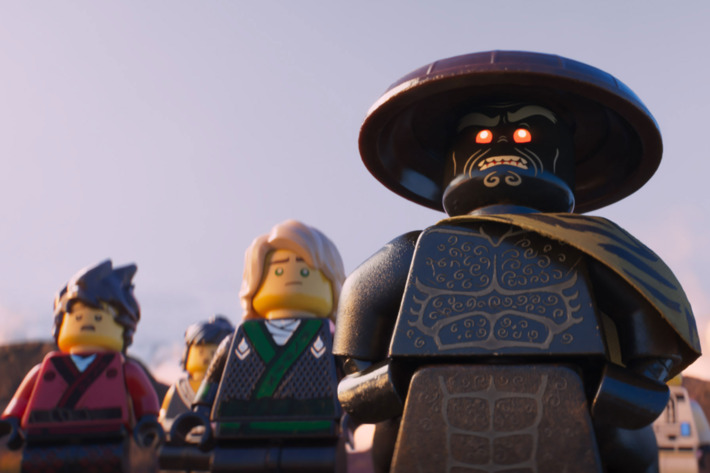 While its final act clumsily staggers into a conclusion we all saw coming an hour prior, The Ninjago Movie offers cleverly animated fun and adventure for the younger crowd while simultaneously boring the bricks off adults forced to rewatch and rewatch this in due course. While not a total loss, the missteps and creative dullard at work here dilutes a previously white-hot series of films and makes me think maybe they should have stopped at the first one. Desperately overstuffed with story, and best served when simply kicking ass and delivering stupid meta-humour whenever it can, The Ninjago Movie won’t hold up to nearly as many multiple viewings as either of the other Lego-designated features.