2010’s Skyline was arguably one of the worst films I saw that year, despite offering spectacular visual effects and a premise reminiscent of Independence Day. It was a film that certainly did not warrant a sequel: we got one anyway, and I’m pleased (and enormously surprised) to say that Beyond Skyline is actually a pretty decent film. Starring the inestimable talents of Frank Grillo, current B-movie star du jour and one-time Crossbones in the Marvel Cinematic Universe, Beyond Skyline expands on the original film’s nightmarish conceit and ratchets up the gore and violence. Mixing sci-fi with a pure survivalist narrative creates a formulaic but entertaining film that belies its pulp origins and low-budget cast to produce something entirely enjoyable.

The events of Skyline play out: Los Angeles is attacked by an enormous alien shiip that sucks the human inhabitants up into its infrastructure. Escaping a damaged subway train is Detective Mark Corley (Grillo – Wheelman) and his son Trent (Jonny Weston), along with a rag-tag group of fellow passengers. Their escape is halted by an alien scout, who promptly dispatches them up into the mothership where they remain imprisoned. There, Corley discovers that the alien-human hybrid we saw at the end of the original film is attempting to save other people, and this creature aids Corley with the help of weapons. Meanwhile, other survivors, notably train driver Audrey (Bojana Novakovic), help to sabotage the ship and send it crashing into the Asian rainforest. There, Corley meets a human resistance group led by Sua (Iko Uwais) and there they hatch a plan to take the alien’s own technology to use against them. 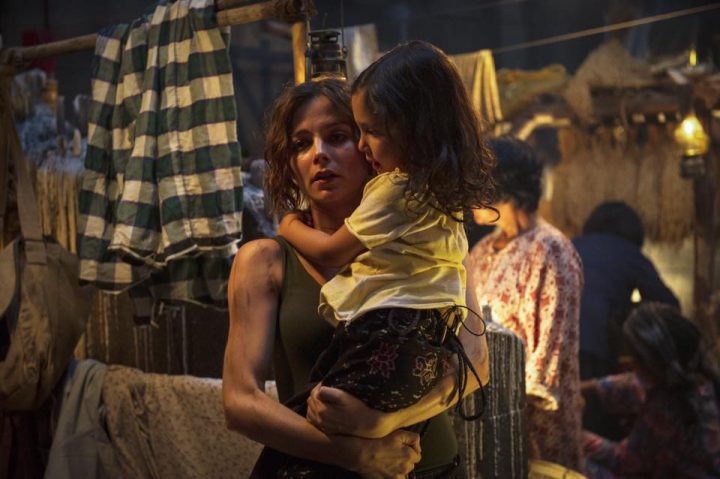 Beyond Skyline is inordinately stupid. It’s a film that moves with the pace and nuance of a freight train, rattling along thanks to Liam O’Donnell’s enthusiastic and often stylish direction. It’s a directorial approach that masks a lot of the film’s inherent problems, as the film Michael-Bay’s itself into a careening onslaught of visual effects and hyperbolic storytelling. As with the previous film, the visual effects are the highlight, although thanks to a screenplay by the director, character plays a far more important role here than previous. The film’s utter insanity wouldn’t work nearly as well without the conviction of Frank Grillo’s performance, and it’s through his masculine square-jawed heroism Beyond Skyline delivers the goods. In expanding the Skyline plot to provide a heftier emotional resonance (which isn’t really saying much, but there you have it) this film manages to eke out a B-movie joy and simplicity, a far superior film than the original and the rarest of rare things: a sequel that improves on its predecessor. 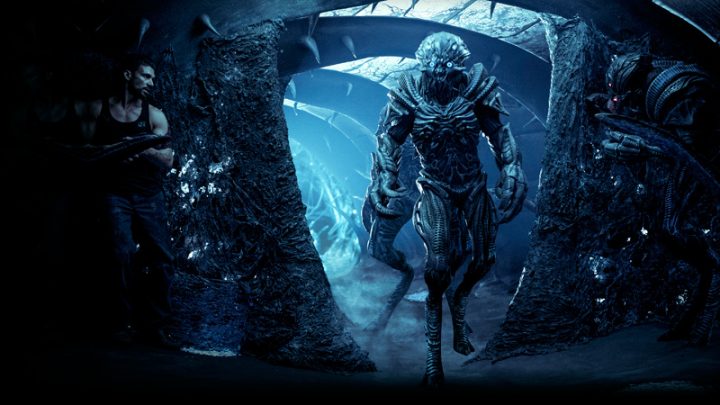 At its most basic, Beyond Skyline is not the cleverest of films. Its plot is largely generic, and the roster of characters are thinly developed to allow minimal cinematic shorthand in O’Donnell’s approach to the subject matter. He crafts several subplots and expansion elements to the premise’s testosterone-infused style, including an oriental martial-arts theme in which Raid franchise star Iko Uwais gets to showcase his unique screen fighting skills – yeah, it’s bafflingly stupid but hell if I didn’t have a blast with it all – and although the film’s sluggish mid-section threatens to drag proceedings down, O’Donnell’s natural inclination to avoid pauses or time to take a breath ensures narrative expediency is maintained. What few beats between action there are, are just honed enough to keep the drama working. 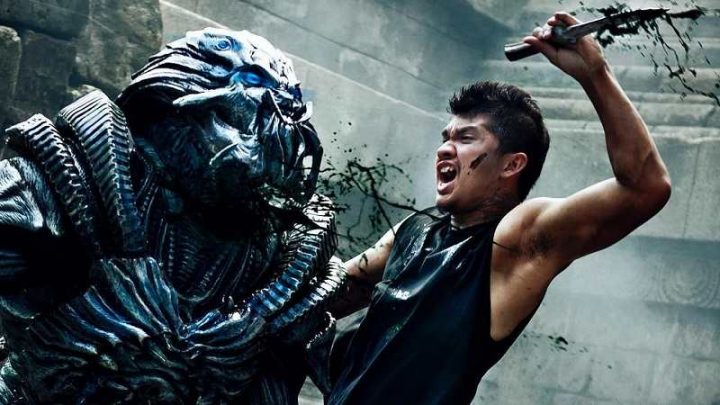 Grillo aside, the rest of the cast are adequate. Uwais’ mangling of English is hard to take, so O’Donnell wisely reduces his dialogue to the bare minimum. Australian actress Bojana Novakovic’s central female role is lip-service to the sausage-fest on display here, with local compatriot actor Callan Mulvey (Batman V Superman) playing Dr Exposition as a coincidental scientist who can explain the presence of a fast-growing child rescued by Corley from the alien craft (Valentin Payen), as well as somehow managing to figure out the aliens’ entire plan in the space of a few minutes. Pamelyn Chee plays a female resistance fighter who’s role appears to complement Novakovics’, so much so the pair are borderline interchangeable. 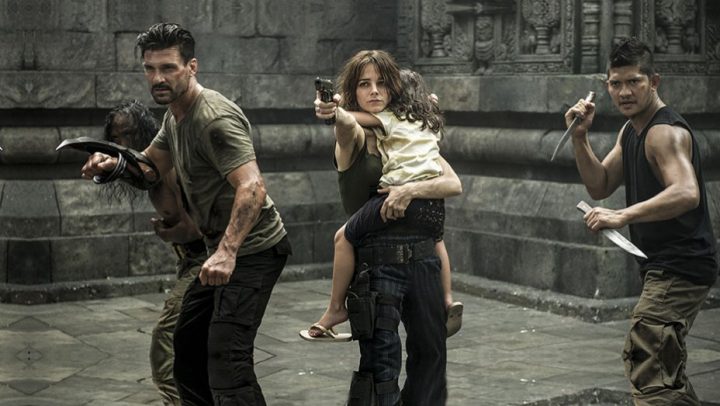 Beyond Skyline is intensely engaging in every single way its progenitor wasn’t. The characters are secondary to the action, and thankfully for all involved Liam O’Donnell’s sense of purpose behind the camera is strong enough to overcome the film’s B-movie pitfalls. It’s incredibly silly and obviously you’ll need to check your brain at the door, but if you sit back, relax and drink in the implausibly incoherent shenanigans you’ll find yourself having a delightfully stupid time. Explosions, effects and Frank Grillo’s unshakeable haircut cohese to produce one of 2017’s most surprising efforts: a sequel to Skyline that absolutely does not suck, and does everything in its power to course-correct the problems of the film that birthed it.