Rumours have been swirling in recent weeks about the possible, impending, on-again-off-again buyout of Rupert Murdoch’s 20th Century Fox film studio to the massive Disney Corporation. At the time of publication I’ve read opinions that the deal is practically done, nowhere near done, might happen and then again might not, and at least one film critic suggesting the world would be swallowed into a black hole of corporate oblivion should it eventuate. Whether the deal is, isn’t or might be done isn’t the point of this article; rather it’s a speculative piece (at best) as to what the film world might look like should Disney purchase the famous Fox film brand.

Disney have had a damn fine 21st Century. Their animation studios have gone gangbusters with the full acquisition of Pixar into its stable, as well as the resurgence of its in-house animation division in producing mega-hits like Tangled, Frozen and most recently Moana. The company paid handsomely for the then nascent Marvel Studios, who were behind the burgeoning Marvel Cinematic Universe which included the likes of Captain America, Iron Man and Guardians Of The Galaxy. Fanboys swept into a tizz when Disney announced they were purchasing Lucasfilm from George Lucas for the sum of a small nation’s GDP, setting themselves into a position to make new Star Wars films (among other things). It’s fair to say that Disney have positioned themselves as the entertainment conglomerate of the modern age, and if not the most successful then certainly the most famous.

With its pockets lined with fresh Star Wars and Marvel money, Pixar and Disney Animation adding many more millions to the company’s profits, and a generation of planned films ahead, Disney’s Sauron-like eye appears to have hovered over fellow Hollywood behemoth 20th Century Fox, the film division of the company founded and owned by the world’s real-life Mr Burns, Rupert Murdoch. 20th Century Fox is a film studio which has been in existence since practically the birth of Hollywood itself, in 1915, and has been owned and managed by a variety of interest through the years. While the studio is remembered for it’s heyday in producing massive films such as The Sound Of Music and the original Planet of The Apes, in modern times the studio is best identified as the original distributor for George Lucas’ Star Wars saga, as well as notable properties including Die Hard, Aliens, Predator and the X-Men franchises.

Hollywood has a long and proud history of cannibalising its own. Even in the earliest days of the industry, new studios and old were bought and traded and relinquished with a startling regularity; the end result means that a lot of Hollywood’s older catalogue films might have been financed by one studio, distributed by another, and ultimately “owned” by yet another even today, and the consequential copyright legalities must keep lawyers awake at night. To think Disney may very well purchase 20th Century Fox isn’t a surprise, and would make good financial and commercial sense to do so, even though the cost creatively may be harder to process.

Please note, however, that this piece is focused primarily on the film aspect of Disney’s possible buyout. Laws are in place which prevent them from owning the Fox Corporation outright – Fox’s television and print businesses would not be a part of the deal, unless I’m wrong in which case please correct me in the comments below. The appeal of the film rights alone would be a huge carrot to finally be rid of the single biggest issue facing the corporation’s mission to conquer the globe outright: rights.

20th Century Fox (henceforth Fox, for the sake of simplicity) owns outright and in perpetuity the distribution rights to George Lucas’ 1977 sci-fi flick Star Wars, a brand which Disney owns now they they purchased Lucasfilm. If Disney want to box up the whole saga of films, they have to seek permission from Fox to do so. A Disney buy-out would make this little niggle evaporate. So too, the ownership of Marvel’s X-Men branded properties, including Wolverine, which have proven to be something of a creative struggle for Fox to deliver significant box-office return. Disney would be eyeing off bringing the X-Men characters into their MCU behemoth outright: Wolverine and Nightcrawler and Magneto all fighting alongside Iron Man and Thanos and the rest of the Avengers is a fanboys wet dream, and a Disney purchase would allow for that. Owning the studio would also give Disney an avenue for more adult themed films; notoriously risk averse with their “family friendly” market, Disney would be able to produce dramatic and thematic films aimed squarely at adults (an approach already tendered by the studio’s Touchstone brand) and perhaps expand on current properties such as Aliens and Predator, without damaging their standing as a wholesome corporate entity.

Aside from the hugely valuable IP’s Disney would snag by buying Fox, there’s a creative element to consider as well, and it’s here the grey clouds of concern circle the general public. As with any business where a single entity owns a vast empire of control, and smaller, fledgling entities aren’t able to compete on a level playing field, creativity and fresh ideas will fail to flourish. For every small, independent film funded by Gofundme, Disney could very well swallow the marketplace with yet another in their MCU, Star Wars or X-Men tentpoles, popular and familiar worlds in which audiences will find knowing pleasure while perhaps not creative tenacity. Marvel’s MCU films have often been criticised as being carbon-copies of each other, with simplistic villains, standard three-act narratives and bland, homogeneous tones. Individuality tends to be crushed by the corporate machine once an acquisition like this is made. Lucasfilm’s Kathleen Kennedy, who has seen off several directors from upcoming films (including Lord and Miller from the soon-to-arrive Solo, and Colin Trevorrow from Episode IX) speaks about bringing in fresh talent and then somehow wants the Star Wars films to follow some rigid masterplan she has. The behind-the-scenes ructions at Lucasfilm have grabbed far more headlines than I imagine Disney would have liked when they installed her as the head of the studio, no doubt preferring the overlord popularity of MCU honcho Kevin Fiege, who delivers time and again the box office juggernaut that is Marvel’s preeminent cinema draw.

The disparity between Lucasfilm and Feige’s MCU is critical to understanding the dilemma of Disney owning Fox. By removing Fox as a competitor as such, by bringing them into the fold, Disney would be removing a reason for them to push boundaries and actually maintain a drive to improve. With the exception of Universal’s Fast & Furious saga, and the battling James Bond franchise, there are few legitimate global phenomenons in cinema today not owned by the House Of Mouse. Warner Bros’ Middle Earth and Harry Potter franchises have concluded, and it remains to be seen if their Fantastic Beasts spin-off saga will survive, while multiple studios have tried to emulate the success of The Hunger Games to increasingly middling results. Even Universal’s own touted Dark Universe concept has run aground after a single film, making it the shortest lived franchise in modern cinema history. 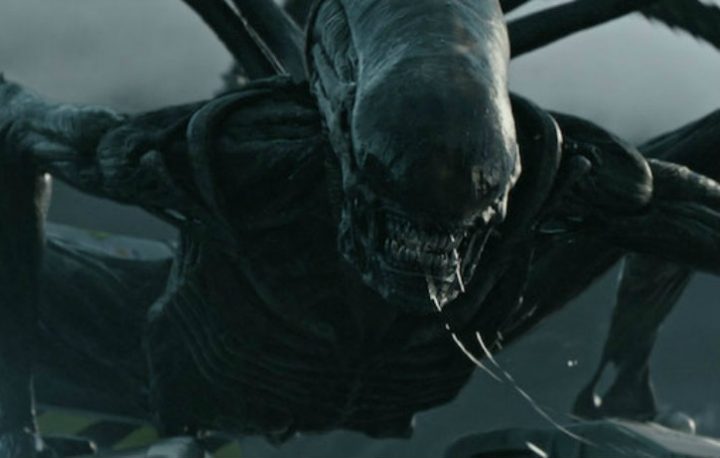 If Disney take on Fox, there will be fewer avenues for new and creative talent to be fostered. Talent isn’t fostered in the Disney system – at least not the way it can be seen from the outside – more than it is simply used up for product. Star Wars and Marvel aren’t sold on their directorial talent (outside of the fanboys, anyway) but the IP’s they represent. Up-and-coming filmmakers as talented as Chris Miller and Phil Lord and Colin Trevorrow have all been chewed up by the Disney mill and spat right out again. Surviving in Disney’s profit monster isn’t about being different or fresh, but about towing the line and conforming to a corporate mandate. Currently, that mandate has produced incredibly popular cultural touchstones, but one suspects that with less competition and fewer strong-willed filmmakers around the run-it-into-the-ground mentality of any corporate machine will take effect, and the result will be increasingly saddening.

Competition and opportunity go hand in hand. The best storytellers in the world deserve to have opportunity to flourish and I suspect Disney’s dollar-sign motives will override any statements about “giving new filmmakers a chance” in the long term. As with the most ardent fans, giving the X-Men a chance to play in the wider MCU universe is tantalising in the extreme (and now that Disney/Marvel have brokered a deal regarding Spider-Man, the sky is literally no limit) so at a superficial level I’m excited should this play out the way everyone wants.

I do, however, worry for the long term viability of modern blockbuster cinema. If Disney shore up the entire American summer with their own properties, what’s left for everyone else? May might as well just be renamed Disney Month and be done with it.