Justice League has arrived. For the most part, it has delivered what it promised: it brought together the iconic DC superheroes in their own Avengers-style team-up and returned Superman to the premiere spot at the top of the studio’s properties. Sure, the film is a bit of a mess, and stumbles too often when it should soar, but there’s hint of fun and adventure within the film’s incohesive structure that you get the sense will take full flight in any potential sequel, if not in the forthcoming stand-alone Man Of Steel sequel, still off in the distance. 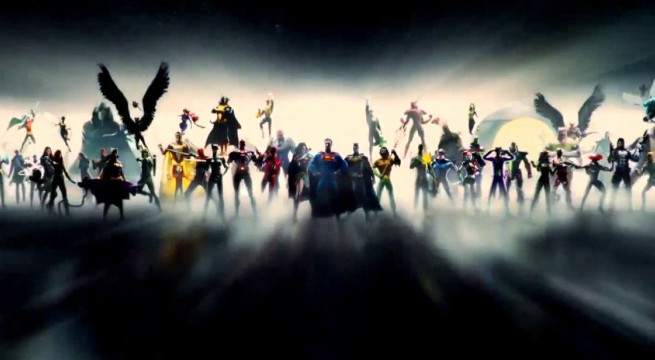 If a genie popped out of my computer screen and granted me three wishes, among the first would be that Warner Bros and DC would release Justice League on home video with both Whedon’s and Snyder’s edits intact. The film critic in me would love to dissect the differences in creative thinking that led to the Justice League released into cinemas, opposed to the one we all know Snyder was planning. Anyone who saw any of the film’s trailers would know that a fair portion of the footage used for them wasn’t included in the released film, meaning that much of what Snyder shot was left in the edit bay trash folder. The released film shows signs of studio tampering the likes of which we haven’t seen in such a prominent studio release for many a long year. There’s entire arcs of character excised from the film, and I’d wager a fair portion of that had to do with the return of the movie’s preeminent hero, Superman.

Superman’s return in Justice League is arguably one of the film’s cleverest moments, playing off the fear of a similar plot device used in Batman V Superman to create Doomsday, and it’s followed by a nice midtown Metropolis battle between the resurrected man of steel and his Justice League allies. Given the material released within the trailers – specifically shots of Lois and the rest of the league – I am reasonably confident that Superman’s return was originally accomplished in an altogether different manner than the one we ended up with in the film. I also suspect the backstory to Ray Fisher’s Cyborg, Victor Stone, was given far more weight than we got too, even though you’d be hard pressed to name another character who did have a solid arc within the context of the film. 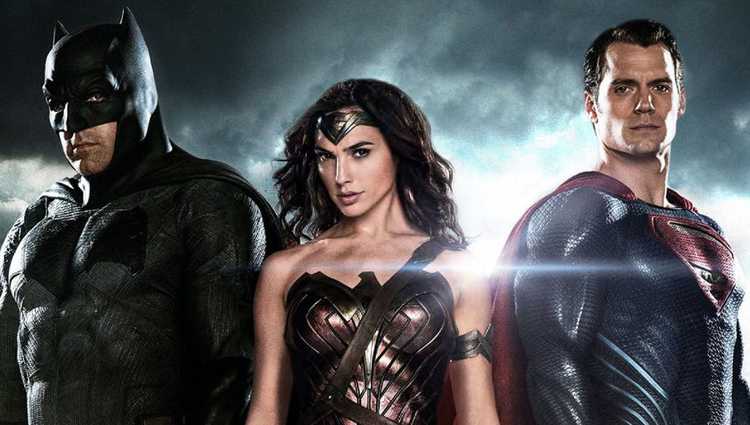 Clever editing can achieve only so much: if the heart of Snyder’s vision was what he filmed, and Whedon had to craft a film out of not only that but two months of reshoots, you’re going to have a bit of a mash-up of styles, and Justice League shows this in spades. Whedon’s jokes and sense of humour, his attachment to ensemble casts and their internal dynamics, drives a lot of the good stuff in Justice League, but Snyder’s solemn approach to his heroes is still omnipresent no matter how much Whedon tries to inject laughs. Affleck’s Batman was once a dour antagonist in the DCEU, now he’s a scraggly old dude looking for personal redemption and to tap Diana before he retires. Gal Gadot’s Diana Prince remains an enigmatic beauty, enhanced by a skillset made to stand alongside Superman as a legit heavy hitter in the DC cinematic world. And in one of Justice League’s most refreshing takes, Jason Momoa’s Aquaman, Arthur Curry, stands alongside Wonder Woman in the hard-hitting department, going mano-e-mano against Steppenwolf (admittedly coming off second best, but still), although the film underplays this. 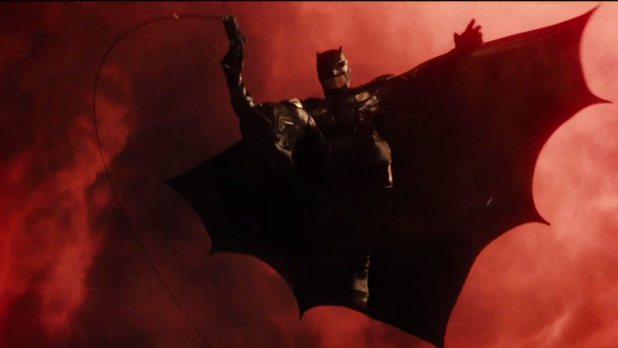 There’s a sense of something absent from the film, though, a notion of quicksilver ninja film-making: the film was never going to be great, so shove in some jokes and make the most of it before the real course correction comes along. Sequels to Wonder Woman and Man of Steel, as well as stand alone Batman, Aquaman and Flash films, not to mention the upcoming Shazam film, all bring a sense of hope and optimism that the dark days of Snyder’s Batman V Superman lethargy are behind us, and DC will get around to making films we want to see, rather than endure. Will Warner and DC capitalise on the film’s troublesome production by unleashing Snyder’s full vision for the movie, unfinished as it may have been, as a companion piece to Whedon’s theatrical version? The BvS Ultimate Edition was an improvement on an otherwise doggerel of a film (although, having re-watched BvS recently in prep for Justice League, I’m inclined to consider it more positively now that I can concentrate on its themes more readily) and I’d be mighty impressed if the studio did something similar for their latest blockbuster. Plus, it might soothe the salve of Snyder’s departure, if nothing else.

With Justice League you can see the machinations of Warner Bros’ dictum that the DCEU more closely follow Marvel’s staggeringly successful MCU. DC have always maintained that they’re “doing something different”, an argument slowly collapsing under withering reviews (excepting Wonder Woman) and fanbase annoyance, and with Justice League it would appear they’ve taken the Marvel approach to giving audiences crowd-pleasing antics, airy plotting and a sense of grandiosity without the pomposity. In other words, the DCEU will align itself with a recognised, successful recipe for franchise building and run with it. 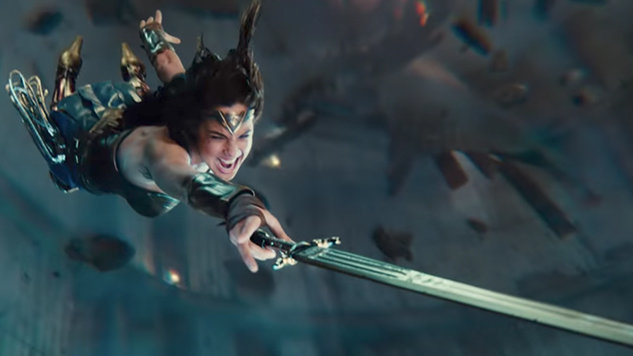 The thing is, Superman, Batman and Wonder Woman can survive a shift in paradigm at this point. They’re well established characters that could easily transition into more fun, frivolous adventures. Aquaman, Flash and Cyborg? I doubt they’d work as easily without some major changes to their personalities. Sadly, Ezra Miller’s flash doesn’t feel like a character who could hold a stand-alone film together, with the Cyborg even less so, despite his fairly impressive debut and resolution in Justice League. Jason Momoa’s Aquaman will have to showcase more range from the actor than he accomplished in Justice League too, but if James Wan can pull it off then all the power to him. The returned-to-life Superman seems less worried about upsetting people and ethical dilemmas, and more concerned with cracking the occasional joke whilst sparring with god-tier villains and massive collateral damage. Wonder Woman’s sense of wonder will translate into any kind of film she wants. And Batman – well, he’ll always be Batman, and incoming director Matt Reeves plans for a stand-alone Batman film indicate he’ll go in another direction entirely, this time into pure detective noir, which is exciting. Batman is, after all, a detective first, and team-up fanboy second. 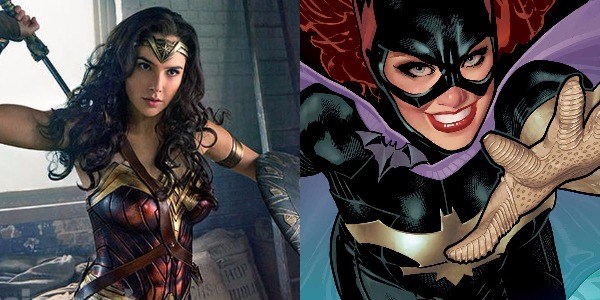 The DCEU has to this point been a mixed bag – some good, some average, some terrible – and you can feel Warner Bros flexing their muscle in trying to accommodate what audiences want or expect with what their film-making team is able to deliver. There have been plenty of mis-steps, that’s for sure. Audience dissatisfaction with what the DCEU has accomplished to this point has been hammered home by box-office returns and diminished critical acclaim and eventually, no matter how you swing it, you have to reconcile the choices you made at the outset with the end result of your efforts. Wonder Woman aside, the majority of reviews for every DCEU project have been average, or below average, at best. For a company priding itself on its history, this simply isn’t good enough. Superman and the Justice League deserve a quality film and, frankly, so do we.

It would be easy to simply hit the reset button on the DCEU and start again. That’s what Sony did (twice) with Spider-Man and the most recent edition, Spider-Man: Homecoming turned out to be a great film. DC could transition their films into a more Marvel-like upbeat sense of continuity and world-building and deliver not only fan-service but also cataclysmic stakes without feeling like you want to slit your wrists at the end of it all. With Ben Affleck looking like he’s about to bail on Bats, and Cavill only having one more contracted Superman appearance on his calendar, it’s certainly achievable that Justice League’s soft reboot could lead to a full-blown reset if Warners admitted defeat on the Snyder’s Grand Plan and did things the traditional way. 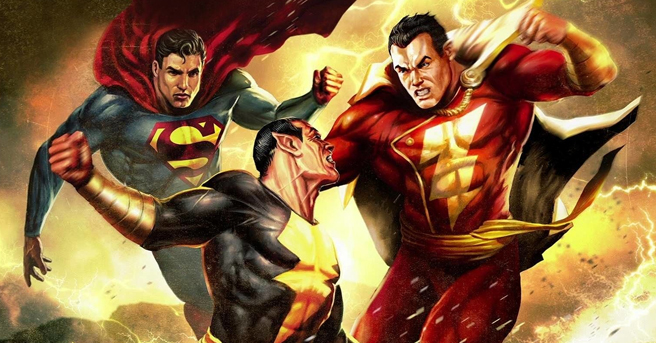 Audiences will appreciate dark comic book films (The Dark Knight, Watchmen) from their oeuvre just as much as they want to see Superman fly in the sunlight again, so why can’t you have both? Richard Donner’s Superman was a success because he treated the source material seriously, and didn’t regard it as a joke or something to be embarrassed about. Snyder took the approach that he could turn Superman into Batman by shading him in internal angst and having him conflicted, which goes against the very soul of the character. This trajectory didn’t work – and setting aside the awful digital moustache removal in Justice League, Whedon’s version of Superman felt far more uplifting and accessible.

It wouldn’t be a disaster if DC were to reset their franchise at this point. Start again with a clear purpose, a set of creative talent directing (throw some love to more female directors too, while you’re at it) that is given leeway to take established characters into new and fresh directions without feeling like they’re oppressed by an overly controlling studio, and you’ll have films that (more often than not) have love behind them rather that corporate dollars. That, friends, is where the difference between Marvel and DC currently lies. Marvel feels like they really love their characters. DC feels like a corporation shoving these heroes legacy down our throats whether we want them or not. Audiences, as DC are finding out, won’t swallow that.

2 thoughts on “Court of Howls – What Now For The League Of Justice?”