You know how you go most of your life hearing about a film people rave about, say how great it is, or iconic, or influential or whatever, but you never see it for yourself and when you finally do you have to question those people’s sanity? Bonjour Tristesse is exactly like that. It’s a film I’ve heard almost nothing but great-or-good things about, and when I finally got to sit and watch it, was left utterly disappointed. Perhaps I just didn’t get it – the tragic romance, the helpless cool exterior exhibited by all the characters, or the brisk French Riviera setting that looks so lovely, I just wasn’t enamoured by this film’s coquettish style one iota. 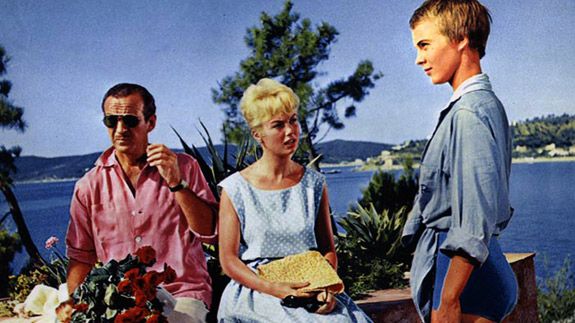 Caddish Raymond (David Niven) lives with his carefree and decadent daughter Cecile (Jean Seberg) in the south of France, with him whiling away the days with a flurry of girlfriends, and she partying her youth away with a string of men. Their relative peace is upended by the arrival of Anne (Deborah Kerr), a cultured former flame of Ramond’s who injects herself into Cecile’s life and begins to cause trouble. Desperate to be rid of Anne, Cecile enlists the help of Ramond’s flirtatious former mistress Alsa (Mylene Demongeot) to drive a wedge between her father and the interloper, although the consequences could be more than the young woman can bear.

While I didn’t outright hate this film, and in all aspects it’s generally well produced, directed and acted, the story and characters did very little for me. An uppity young girl’s resentment of a matriarchal authority figure giving her the straight arm of responsibility? Not like this hasn’t been seen before, but Bonjour Tristesse seems to think we’ve never seen it like this (hint, we have), and foppish David Niven, an actor I’m often prone to finding terribly bland and inadequate as an actor in most things, is about as undesirable a leading man as this film’s overtly stylised production could hope to have. Niven’s outshone by both Kerr, in an unrewarding and thoroughly unlikable role, and co-star Mylene Demongeot, who plays Kerr’s on-screen sexual rival for Raymond’s affections, and both do well with their respective roles. Demongeot seems to have a ball playing up the mistress role, and draws the most empathy from the audience throughout. 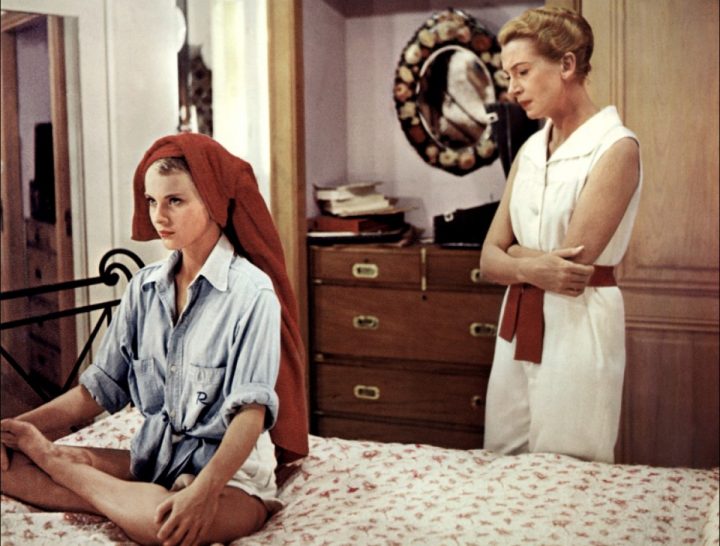 Kerr, who goes from awkwardly playful potential love interest for Raymond to snide, too-far-motherly ramrod of moral and ethical uprightness within a single moment of the film, is given the least development for what is a truly terrible role; Anne’s resentment of Raymond’s dallying eye proves too much for her to handle, no matter how she tries. She’s hardly a sympathetic character, in my opinion, and for a woman as cultured and intelligent as she you’d think she’d run a mile before hopping into bed with a guy like Raymond. The film hangs on the key performance of Jean Seberg, sporting a hairstyle the same as Mia Farrow in Rosemary’s Baby, who elicits barely a register of sympathy or empathy as Cecile, a cattish, playfully malicious teenager (I think she’s a teenager, it’s hard to tell here) with the acting ability of a bowl of soup. Honestly, I didn’t buy Seberg’s performance at all – although she certainly looks good on screen, her acting is entirely mediocre and almost delivered rote from the script, suffering a lack of subtlety or credibility that ultimately hamstrings the film. 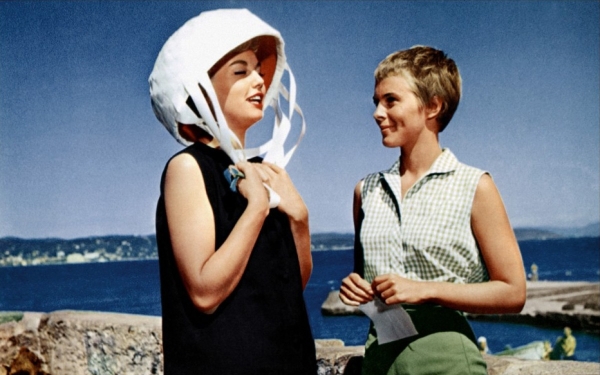 Otto Preminger, who directs the legendary Arthur Laurents’ screenplay – itself based on the book by Françoise Sagan – brings a real style to the film, a brash, crisp black and white photographic look for the “present day” sequences, while the flashback narrative takes place in brilliant technicolor. Although while he’s adept at camera angles, panning and dolly shots, and edits the film with grace, Preminger cannot muster a compelling reason for us to give a shit about the people in the film. Niven and Seberg’s characters are flat-out assholes, Demongeot is comedically intransigent, and poor Kerr looks like a farmer’s daughter in the big city, wide-eyed and flapping about an environment that obviously makes her uncomfortable. Nobody in this film is likeable, everyone is only in it for themselves (except Kerr), and Preminger’s piercing camerawork never elicits the angst, romance, or utter tragedy of it all until it’s well past late. 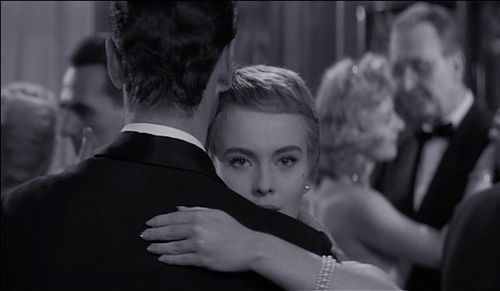 Bonjour Tristesse, while handsome to look at and boasting terrific visuals at times, is a turgid dramatic romance laced with tragedy and waste. Intentionally cool, more often overly melodramatic than it needs to be, and engaging in that distinct 50’s vibe Hollywood films produced at the time personified, Bonjour Tristesse is an unrewarding film experience that lacks either the swinging laid-back-ness its character enjoy or the raw sexuality they attempt to exhibit. The fact Niven’s character enjoys such slutty behaviour in such close proximity to his daughter, seemingly without embarrassment, is also cause for some icky screen moments. Well produced but ultimately, i found it boring and conceited.