Although bleeding the magic of JK Rowling’s wizarding world out of every orifice, Fantastic Beasts & Where To Find Them suffers from problematic overstuffing, slavish hat-tipping to fans, and a destitute central character brought to life by a gibbering Eddie Redmayne. Nope, I didn’t like Fantastic Beasts at all: boring, confusing, at times nonsensical, it lacks the magic of the original Potter films despite superb production design and the writing of Rowling herself. 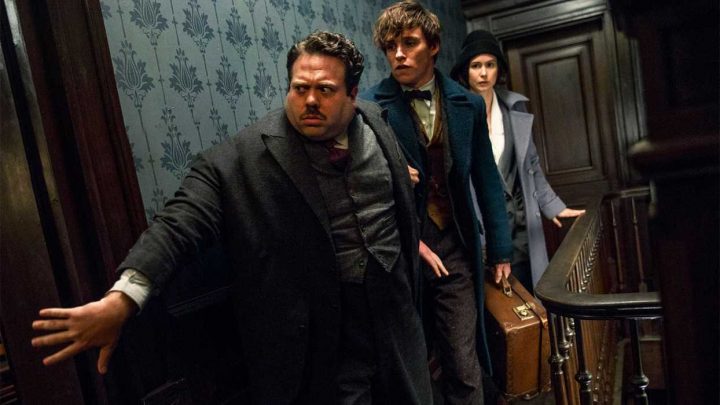 Set some seventy-odd years before Harry escaped his Uncle’s cupboard beneath the stairs, Fantastic Beasts tells the story of Newt Scamander (Redmayne), a magizoologist (yep) who lands in New York on his way to Arizona (why, is revealed mid-film). Inside his TARDIS-like suitcase is housed a veritable gaggle of magical beasts, in all shapes, sizes and abilities, several of which escape into the city of New York and cause damage both small and large. Rounding Scamander up is former Auror, Tina Goldstein (Katherine Waterston), who sees in Scamander a way for her to climb back up the Wizarding ladder she was unceremoniously dumped from. Scamander crosses paths with muggle baker-wannabe Jacob Kowalski (Dan Fogler), who continues their adventures through New York as the US-based section of the Wizarding community desperately tries to keep their activities from being discovered by the humans. Meanwhile, the creepy Percival Graves (Colin Farrell), who works as the director of security for the Magical Congress of the USA (MACUSA), uses a local lad, Credence (Ezra Miller) and his association with the witch-hunting New Salem Philanthropic Society (including their violent matriarch, Mary Lou Barebone, played by Minority Report’s Samantha Morton) to hunt down a powerful entity known as an Obscurus, which is tearing up the city and bringing the Wizarding World into the focus of the human world.

In making the leap from novelist to screenwriter for her debut here, JK Rowling brings her considerable creative talent to bear on the first of what is expected to be a length series of prequels to the popular Harry Potter films, which wrapped up in 2011 with the second act of The Deathly Hallows, in Fantastic Beasts. Based on her own book, Rowling’s Fantastic Beasts removes us from the snug confines of Hogwarts and into the big, wide, post-World War I world, an adult adventure for a film series well into its teens. In broadening the scale, at least in terms of what it hopes to achieve, Fantastic Beasts attempts to create an all new mini-mythology for fans (and non fans) of all ages, throwing a Lucasfilm-like orgy of CG beasties at the screen throughout the film in the hopes one, two, or maybe all of them might stick in the mind enough to make us forget what an interminable dirge this thing is.

Let’s face it; David Yates directs the hell out of the angsty, melancholy, altogether adult sensibilities of the final few Harry Potter movies, and with them making so much bank it was a given he’d return to the world he knows so well to kick off this new spin-off series. Trouble is, Yates can’t direct “wondrous and awe-inspiring” to save his life – look at his tedious Tarzan flick – and that’s what this film needs desperately. There’s all the creativity in the world, but its all so solemn and ponderous, Yates suffocates the audience he’s hoping to wow beneath a muzzle of dusky browns and homogeneous CGI. Old favourites return in the form of House Elfs (oh Dobby, you poor heroic fool, you are badly missed here) and overused magic effects like apparating (which has become a convenience, rather than a significant power to use), together with name-dropping franchise elements such as Hogwarts and Dumbledore, just to make sure we simple Muggles get that this film is set in the same universe. 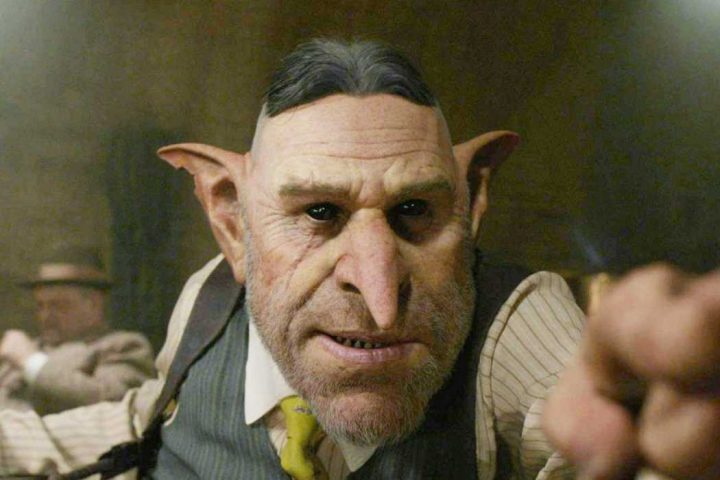 Rowling has a handle on the slow manifesting of arcs to pay off in future instalments – the new saga’s key Bad Guy, a dark wizard named Gellert Grindelwald, who’s revealed in a surprise cameo towards the film’s lengthy conclusion, indicates more devious designs are at play than this film gives us – in building the new sandbox she wants us to play in, and for the life of me it’s an intriguing one to be sure (although the film does spend a great deal of time revisiting the politics of its own design, which hindered George Lucas’ prequel Star Wars films considerably); the awe we’re expected to feel once again at re-entering this world is lost by Yates’ drab visual aesthetic and a refusal to allow us to really enjoy what’s going on. The film wants its Voldemort payoff without earning the buildup to get there.

In Scamander, the hugely punchable Eddie Redmayne gibbers and lists his way through a performance bordering on retrograde. I’m not exactly sure if Scamander is supposed to be a hero or not, and his skillset, power and abilities are ill-defined in their affectation on screen, with his loyalty to his own people and the innocent humans around him feeling more like he’s some weird hybrid Doctor Doolittle-Doctor Who combination that never quite works. His Mary Poppins suitcase houses a virtual Jumanji of mystical beasts (hence the film’s title) but his purpose and arc within the film never coagulates into something I could invest in emotionally. Redmayne, as usual, looks utterly confused by all that’s asked of him, even if he looks like he’s enjoying himself. His stammering, befuddled look became annoying, with Scamander lacking a core centrality, making him a conviction of indifference to the audience’s appreciation. 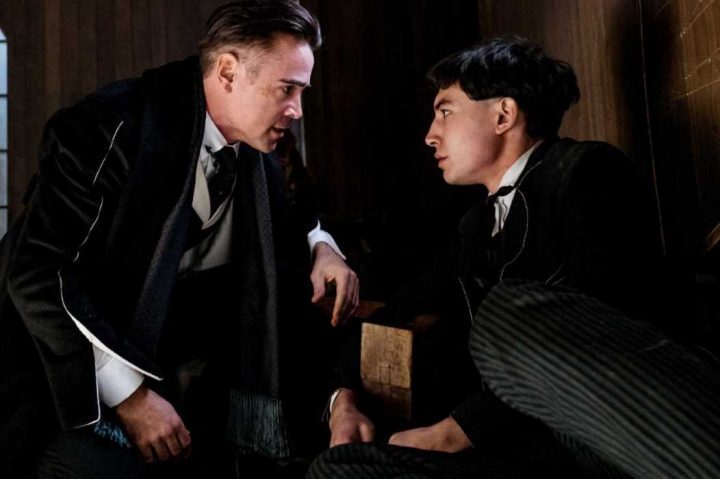 Along for the magical hi-jinks are Dan Fogler, as a softer personification of the “bumbling non-magical sidekick” archetype, and Katherine Waterston as what I assume to be Newt’s eventual love-interest. I haven’t read the book, so if that’s a spoiler or something, keep it to yourself. Anyway, Fogler does his best not to be outclassed by all the visual effects he’s forced to react to, while Waterston provides a glimmer of humanity beneath the magical facade as she enjoys the best development of any character on the screen. Colin Farrell’s nasty Graves can’t match Jason Isaacs’ Lucius Malfoy for intensity or charisma, Ezra Miller’s emotionally constipated role of a beat-down puritan kid with a dark secret is forgettable (he makes a much better Flash, let’s be honest) while Samantha Morton’s intense, odious Mary Lou is about as hateful a human being as you can get. And mention must be made of film debutante Alison Sudol as Tina’s sister, Queenie, as obvious an echo of Luna Lovegood as is possible without having Evanna Lynch drop in for a visit. Sudol has the best lines and the best moments of the entire film, and makes the most of them.

Clocking in at a touch over two-hours, Fantastic Beasts was up against it from the outset: it had to restart a franchise once closed down at the end of Deathly Hallows, it had to set-up a whole new clutch of characters we were going to have to invest in (it failed to do them any justice whatsoever), and it had to obviously put in place all the dangling permutations of Rowling’s vivid imagination to make us want to come back for more. Sadly, for me at least, Fantastic Beasts was a confusing, convoluted let-down. Rambunctious literary prowess might be all well and good for books, but Rowling’s natural visual style directly funnelled onto the screen by Yates’ insistently funereal directorial style makes for laborious viewing indeed. Fantastic Beasts sets us off on a new Potter-esque adventure, but part of me wonders if we should just have left well enough alone.

4 thoughts on “Movie Review – Fantastic Beasts & Where To Find Them”