Morgan is a jigsaw puzzle of a film. Comprised of many interesting pieces, the film has the genetic disposition to be something special, something out of the box. Marketed as a film directed by Ridley Scott’s son, Luke, as well as being some kind of “artificial intelligence” thriller, the roster of actors aboard this film is the kind of casting most directors could only dream of. Morgan had everything going for it. It confounds the intellect, therefore, to find Morgan is little more than a run-of-the-mill cookie-cutter assemblage of genre cliches and a hodge-podge of ideas that, while initially interesting, simply never manifest their potential in any meaningful way.

Risk-assessment specialist Lee Weathers (Kate Mara) is dispatched to a highly secretive research facility to investigate the recent actions of a laboratory-grown artificial humanoid hybrid, Morgan (Anna Taylor-Joy), who attacked an injured one of the scientists, Dr Kathy Grieff (Jennifer Jason Leigh) for reasons unknown. As her investigation continues, the complex web of relational issues within the team, led by Dr Lui Cheng (Michelle Yeoh) and Dr Simon Zeigler (Toby Jones), and their relationship with Morgan brings Lee into direct conflict with the synthetic, whose friendship with Dr Amy Messner (Rose Leslie) instigates emotional responses she cannot control.

Morgan’s jigsaw puzzle pieces manifest as a jumble of bashed-together characters, heavy-handed exposition and pointless meandering. For a film with such promise, it delivers neither the intellectual depth nor the “thrills” required to maintain interest. Morgan’s edgy, slick-produced veneer hides a battalion of problems, the least of which is ingenuity in telling a compelling story in a fresh and interesting way. The characters never really feel fleshed out, although actors like Paul Giamatti, as a belligerent psychologist, and Toby Jones’ empathetic team leader certainly add breadth to the limited story. For the majority, Luke Scott’s direction is adequate without being flashy or reductive – he’s certainly got a keen eye, he only needs better material.

The artificial creation searching for the meaning of life has been a sci-fi staple since practically the dawn of cinema. Perhaps the most popular idealised version of this genre staple is Star Trek’s Commander Data, while recent iterations include the still-hypnotic Ex Machina, which did for artificial lifeforms what Stanley Kubrick once did for hotel reservations. Morgan attempts to echo that kind of capitalistic idealised artificial subtext, but Seth Owen’s screenplay never captures the magic, content to rely on tropes to deliver what is, basically a film we’ve all seen before and done far better. The mysterious “corporation” funding the research. The paternal and maternal desire for humans to anthropomorphise what is effectively a laboratory creation – albeit a significantly enhanced one. The outsider sent in as some kind of overwatch or unknowing interloper. And of course the creation itself, here personified with dusky-hued precision by Anna Taylor-Joy. 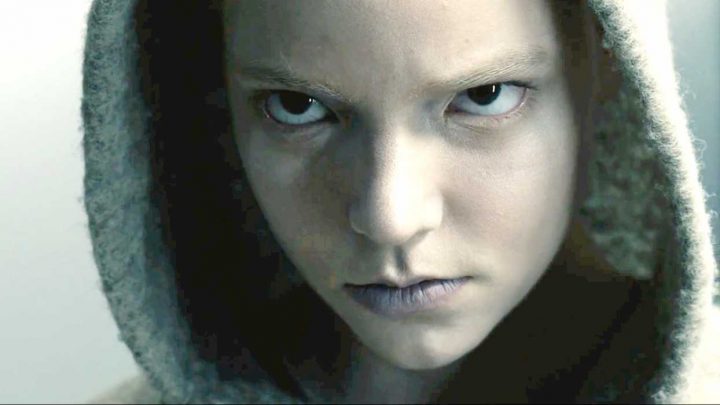 Taylor-Joy’s Morgan is an exercise in scant information and even less development. The motivation for her existence is hinted at, the conceptual desire for her violent outbursts stems from lethargic “emotion”-driven gobbledygook, and her skillset is frustratingly obscure for most of the film. This isn’t to say the actress doesn’t deliver, because I think Taylor-Joy is easily one of the better elements of the movie, but she’s hindered by glacial direction from Luke Scott. Fantastic Four actress Kate Mara can’t do much with her ice-cold Lee Weathers character either. Weathers’ assignment into the facility is smothered in obscure references to her corporate overlords but the tension of her relatively ignorant persona is never generated strongly. Michelle Yeoh, Toby Jones and even Rose Leslie work hard to bring gravitas to the film, and to an extent carry off their roles well, but again Luke Scott appears not to quite know how to handle their presence within his movie. A lengthy mid-film sequence involving Paul Giamatti raises the pulse plenty, but it comes a little too late.

Morgan’s too-clever-by-half twist ending (well, let’s call it a “twist” shall we?) goes for shattering, only to end up as a shrug of the shoulders to the audience. It’s indicative of the lack of interest in the overall plot that it all feels like it’s trying to be to smart for its own good to make much sense. I guess watching it back, viewers will pick up on subtle clues to the revelation the film gives us very late, and whereas some might think they’ve been hoodwinked by filmmakers far cleverer than they are, the nett result is that Morgan ends up being purely frustrating. As I said, the film is very much like a jigsaw puzzle in which the pieces don’t all fit. Narrative dismorphia aside, Morgan’s underlying subtext tackling yet more of the “what makes us human” stuff is clumsily handled and lacking focus, as if unwilling to really dwell on the motivations and ethical dilemma such a premise might entail, and that’s the chief disappointment in this film’s endgame. Sadly, this is one jigsaw you won’t want to finish.