The fifth big-screen outing of Lew Wallace’s eponymous literary hero, Judah Ben-Hur, Russian director Timur Bekmambetov’s latest widescreen epic is assuredly mounted from a technical standpoint, but remains despondently emotionally unenthusiastic despite convincing performances from all involved. Wallace’s analogous Christ-fable works well as a story of revenge and redemption, but through Bekmambetov’s saturated cinematography and antiseptically homogeneous dialogue, 2016’s Ben-Hur feels emptier than a used amphora. Bekmambetov is unable to capture the political and social anger sewn into the Holy Lands of Jesus’ time, least not in a manner congruent with giving Ben-Hur’s narrative any real cognisance. 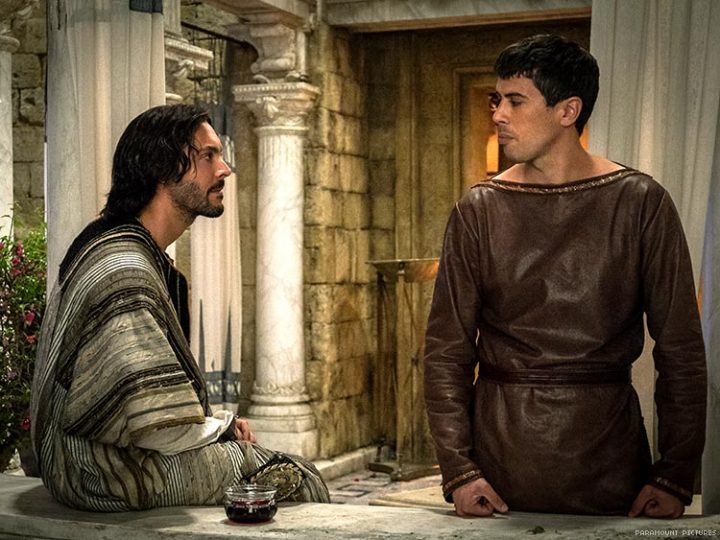 In early first-century Jerusalem, the wealthy Jewish man named Judah Ben-Hur (Jack Huston) finds himself at odds with his adopted Roman brother Messala (Toby Kebbell) when events involving Pontius Pilate (Pilou Asbæk) lead them into conflict. Admitting to a crime he did not commit in order to protect his family, Judah is sent to the Roman galleons and into indentured servitude, before beginning his journey of self-discovery and redemption.

I’ll get the easy part out of the way: Timur Bekmambetov is no William Wyler, and Jack Huston, despite his physicality, ain’t Charlton Heston, and this most definitely ain’t a patch on the monolithic cinematic endeavour that was 1959’s most astonishing film version. No, 2016’s CG-infused, slickly shot, modernised retelling of Ben-Hur is as cookie-cutter as they come, despite boasting impressive specifications behind the camera, and while you’d never expect a film helmed by the man who gave us Abraham Lincoln: Vampire Hunter to win any Academy Awards (let alone 11) there’s a desperate sense of opportunity missed here that blankets a routine, dreary, thoroughly unengaging voyage.

More difficult to explain is how a film with such potential limps to the finish with a blandness so dispiriting it’s actually sad. The casting here is unabashedly whitewashed – Jack Huston’s as much of Jewish ancestry as I am of African, while countryman Toby Kebbell sports a swarthy look in keeping with the Hollywood ideal of “Roman” grunge. Neither actor is especially bad, although Kebbell exceeds in the part of the tormented Messala with particular keenness. Huston’s purebred Judah personifies the beatnik peacefulness the character imbues (why can’t we all just get along, you half expect him to intone at one point) but there’s a lack of anger beneath the eyes of Huston’s performance (despite all the gritted teeth in the world) undermining the role. Morgan Freeman’s supporting role as Judah’s eventual salvation giver, Sheik Ilderim, allows the actor to deliver faux-philosophising with the gravitas only he can muster; the part isn’t a stretch for Freeman, but at least it’s nowhere near the iniquity of the shit he had to deliver in London Has Fallen. 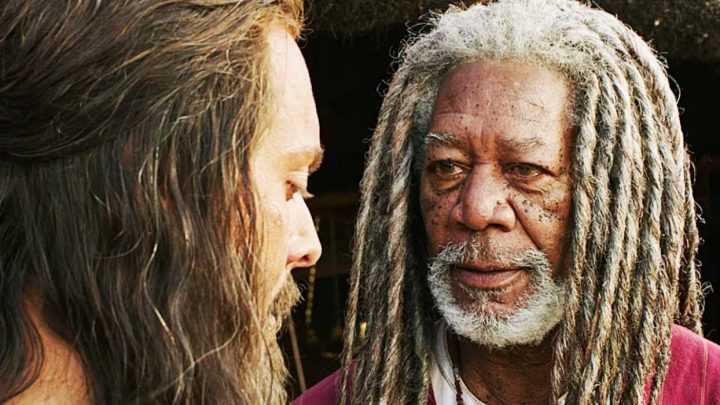 The film’s emotional wrangling is a dual narrative; the first is primarily between Judah and Messala, but secondary to that is Judah’s relationship with his wife, nascent Christian Esther (Nazanin Bonaidi). Esther’s participation in the film is bolstered compared to the ’59 version (at least as far as I recall) even if the subtle religious undertones this film exhibits become lost in the colour grading. 300 co-star Rodrigo Santoro personifies Christ in this version, whereas at least the Wyler film kept the facial features of Jesus obscured, who bobs up time an again in contrast to Judah’s personal journey. Braveheart actor James Cosmo bobs up as the odious galleon steerage master in charge of Judah’s future, while Sofia Black D’Elia and Man Of Steel star Ayelet Zurer take on the thankless roles of Judah’s sister and mother respectively.

Whereas the Wyler film version used its magnificent chariot race as a centerpiece sideshow within the film overall, Bekmambetov’s film uses the sequence as the film’s climax, building up to it over a feels-like-an-eternity 2-hour film. This climactic element of the story validates the film’s vengeful qualities, and is a reasonably engrossing piece of action filmmaking, but the corpulent violence and GC work involved feels gratuitous, as if springing from nowhere in what is until then a largely bloodless affair notwithstanding its thematic sensitivity. Despite an increase in body-slamming viscera in this version, the Wyler sequence is far more breathtaking for its actuality and immediacy. Belying the stakes for our hero, the film lacks the emotional foundation to pay off the gritted-teeth zenith of the sequence’s elucidation, resolved to endure grunting, growling and screaming as faceless combatants meet their end. 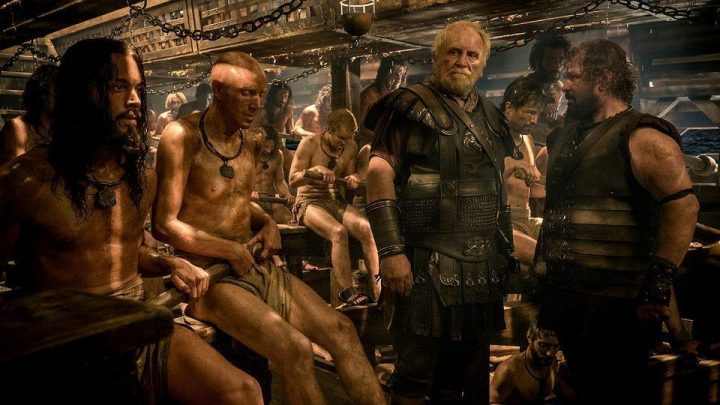 Drab, dusty and largely bereft of an original idea at all, Ben-Hur strives for meaning without knowing what that actually… er, means. There’s a sense of cleanliness here, a puzzling lack of grit within the film’s handsomely mounted production design. The fate of Christ is incongruously inserted into a film that distinctly lacks the narrative fortitude to understand the parallels, Judah’s interactions with Jesus emotionally dissonant with the character’s own arc. It’s essential to the story, sure, but Bekmambetov doesn’t seem to know quite how to make it click; the finality of Christ’s crucifixion and the well-known words spoken upon the cross have meaning to countless millions, but this film’s attempt to somehow bring them into the story of Judah Ben-Hur fail utterly. Indeed, the film’s prime motivator seems split between revenge and redemption without achieving cohesiveness at either. It’s decidedly empty, delivering rote iconography and hoping somebody will find meaning in it, without doing any work for it.

There’s few directors less suited to direct a Biblical epic like Ben-Hur than Timur Bekmambetov. As his camera swirls and pitches between characters and scenes, echoing a poor man’s Ridley Scott, Bekmambetov’s film lurches between action-blockbuster and character-driven dramatic purge. It’s a discordant mixture of clutching editorial iniquity and overproduced slick redundancy. There’s no point to this, no meaning beyond clever marketing and enthusiasm for bastardising a well-known story. As he’s proven with the aforementioned Vampire Hunter, Bekmambetov has proven himself a filmmaker in the vein of Michael Bay, producing empty-headed exercises in tedious visual trickery designed to sell tickets but rob the intellect. Ben-Hur is the exemplification of this. It’s empty, generic, confused storytelling that lacks imaginative weight or emotional heft. Avoid.