Despite the nay-sayers, horror films have had a pretty good run over the last few years. Sure, the bottom of the barrel continues to be scraped for the fair majority of the genre’s output, but consistently lauded efforts in films such as It Follows, You’re Next, Hush, and The Babadook (to name only a few) have kept audiences gripping their armrests with outright terror. This is, of course, to say nothing of Fede Alvarez’ previous film, 2013’s remake of Evil Dead, which achieved significant success at both a box-office and creative level. Alvarez’ latest, Don’t Breathe, is exactly the kind of tightly-wound coilspring thrill-ride fans of the genre might hope for, offering exquisite psychological thrills and ratcheting tension well above the paygrade of its simple premise. Boasting scares M Night Shyamalan would probably give up a testicle to achieve, and a Zemeckis-like sense of staging, Don’t Breathe ranks as one of the most effective films of 2016 and one of the best horror films of the decade. 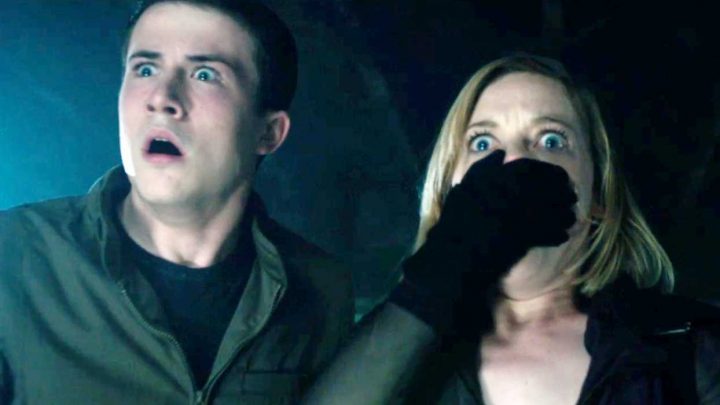 Hoping to strike it rich, a trio of thieves – Rocky (Jane Levy), her arrogant boyfriend Money (Daniel Zovatto) and their accomplice Alex (Dylan Minnette) – spend their time breaking into houses armed with the security systems installed by Alex’s father. In one big payday, Money learns about an old war veteran (Stephen Lang) who scored a big payout following the death of his little girl in a car accident. Breaking into the blind man’s house, Money and Rocky think they’ve hit paydirt, before the man becomes a larger threat than they had planned for.

The opening five minutes of Don’t Breathe tells us all we need to know about where this film is going: set in rundown, abandoned areas of Detroit, Michigan, which has literally become the poster-child for social decay and the breakdown of the American Dream, the film’s prime urbanism is offset by Alvarez’ amped up direction, which assumes an relinquishment of Evil Dead’s grotesquerie and in its place submits razor-wire editing, thunderous performances, and enthralling plot twists. Appropriating the visual kinetics of early Rob Zombie films, the sense of placement of Robert Zemeckis’ technical virtuosity, and the lean, gritty muscularity of David Fincher’s Se7en and Fight Club, Alvarez crafts cinema of such elegant simplicity and bravura potency it’s a delight to behold as you watch from between clenched fingers. The film literally pulsates – no small thanks to Spanish composer Roque Banos’ subwoofer-testing score arrangements – as it delivers shock after shock. Although Alvarez has attempted to eschew Evil Dead’s gore and highly graphic splatter elements with Don’t Breathe’s almost Hitchcockian sensibility, the violence within the film isn’t for the faint-of-heart, and as is often the case with classics of the genre, it’s not always what we can see that terrifies us the most. More often, it’s what we can’t. It also helps to have a plot that doesn’t give you a sniff of where it’s going to go. Just when you think you have a handle on where the film is heading, you’re wrong. 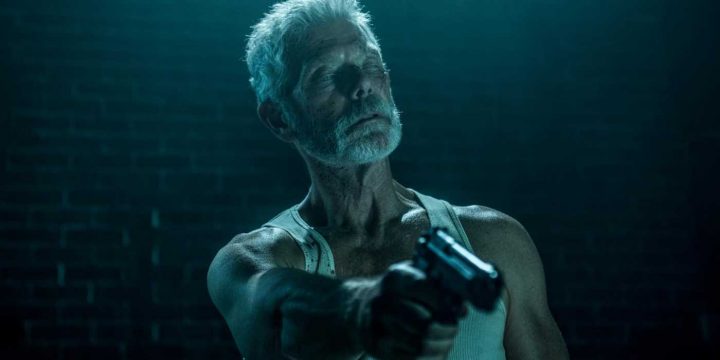 Stephen Lang provides the film’s gristle, its heft in the antagonist department, but make no mistake about it: the three thieves deserve a lot of what they have coming to them. They’re thieves. But Don’t Breathe somehow manages to make us care about them beyond purely hedonistic or socially inept motivations, which is testament to Alvarez’ story and his care in crafting characters we can attach to. Jane Levy (reteaming with Alvarez after her breakout turn in Evil Dead) essays the conflicted role of Rocky with dexterity and a zealotry of survivalist singularity. Levy’s significant on-screen partner, Dylan Minnette (last seen in the Jack Black fantasy-comedy Goosebumps), who continues to look like Freddie Prinze Jr and Logan Lerman had a baby, provides the film’s coming-of-age sub-arc. Minnette’s character, Alex, harbours unrequited feelings for Rocky, which hinge on her friendship with him and their bizarre plan to rob clients together, which ties in nicely as an “in” for the audience. Alvarez wisely makes this thieving pair likeable, to a degree. Daniel Zovatto’s Money, however, isn’t likeable. He’s a douche, and without spoiling things too much his fate within the film is almost a given from the get-go. 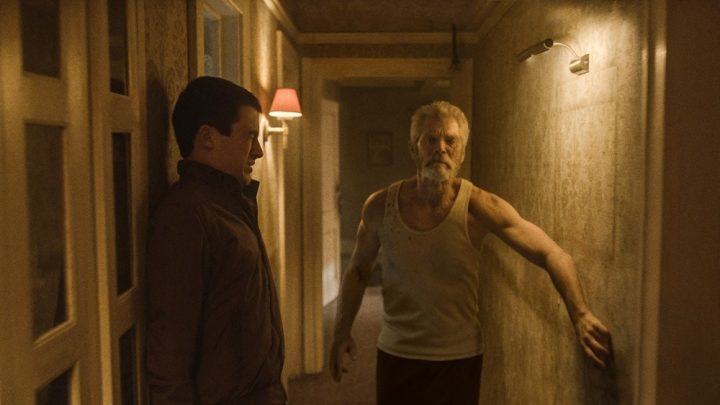 The bait-and-switch in Don’t Breathe is obviously Lang’s blind veteran; Alvarez is on record as stating he wanted to give the film’s central antagonist a weakening of his senses – making him blind gave the character a vulnerability not often found in modern horror films (although the central character in Hush was deaf, so there’s that I guess) and it’s this that makes him human. Classic monsters like Freddy or Jason endure because they can’t be killed, whereas Lang’s Norman is entirely the opposite in that he can be, and probably should be considering his inherent vulnerability, but resolves to endure regardless. His deficiency makes him a more frightening contrast to the “heroes” of the story, simply because the odds are stacked against him. Having said that, Lang takes the character and absolutely nails it, withering the screen with a ferocity and physicality he last gave us in Avatar, only amped up with Alvarez’ machismo-infused direction. Lang snarls through the film like an uncaged animal, showcasing his raw presence against younger counterparts in Minnette and Levy. It’s a devastatingly good character he’s working with, and I think of the small number of roles I’ve seen him in, this one is easily his best.

I’m trying to give you a sense of Don’t Breathe rather than attempting to unpack all its bits and pieces: where possible, one should avoid spoilers for this film at all costs, as they truly will rob you of many of the delicious twists and turns within. Suffice to say, if you’re a fan of these kinds of small-cast, high-concept films that work within a shoebox, you’ll find plenty to cheer about here. Directed with an almost ferocious intent by Fede Alvarez and delivering a short-stop horror movie you’re unlikely to forget in a hurry, Don’t Breathe is one film where you’ll most likely be following the instructions in the title whether you want to or not. Hugely recommended.