I’m a funny kind of film critic. Not the funny-ha-ha kind, mind, but the funny-weird; sometimes, I just don’t “get” what all the fuss is about with some long running franchises. Take, for example, the fascination with Shakespeare, a writer I’ve very little time for but, for some reason, is constantly re-filmed, re-filmed, filmed again and then re-filmed. Now, I’m not sure why people are fascinated with him – let’s face it, he hasn’t written any new material in a very long time, so it’s all ancient history as far as I’m concerned – but all joking aside he’s one IP I’ve struggled to “enjoy” like so many others. In much the same way, Edgar Rice Burroughs’ most famous literary creation, Tarzan, has enjoyed continued cinematic popularity since the character’s magazine debut in 1912, yet I find the franchise to be an elusive appreciation at best. Sure, there’s genuinely brilliant tellings of the story – Disney’s Tarzan stands tall in my opinion – and some outright dogshit – anybody remember the version with Casper Dan Dien and Jane March from the late 90’s? – to some remarkably brave failures; the character’s storied history on film is as wild and uneven as his literary ventures, which makes sinking into my seat for The Legend Of Tarzan more a desperate plea for quality than an oversimplified action-fest. 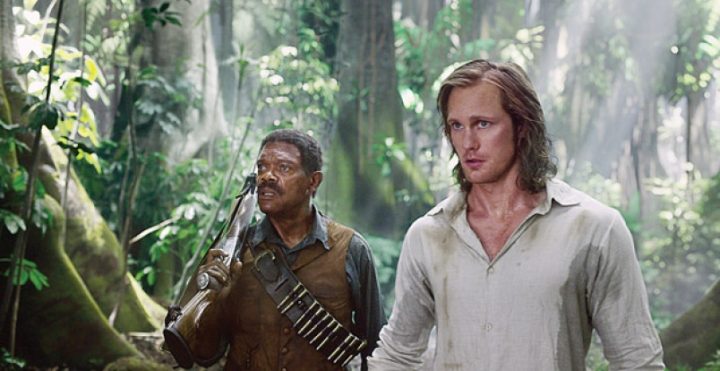 The latest iteration of Burroughs’ character goes a bit Dark Knight Rises on us: Harry Potter-slash-Twilight director David Yates takes us to Tarzan’s post-jungle isolation by having a London-acclimated Alexander Skarsgard – late of television’s True Blood – return to his former jungle home to sort out some kind of slavery angle in the Congo. He’s accompanied by Sam Jackson’s American Civil War veteran George Washington Williams, as close to an anachronistic performance in this film as you’ll find all year. Tarzan – living in London by his real name, John Clayton, Lord of Greystoke, brings his wife Jane (Margo Robbie) with him (why, exactly?), for both seem to sense a longing to return to a time when they were happiest. Meanwhile, scoundrel Belgian Captain Leom Rom (Christoph Waltz) uses underhanded measures to control a blood diamond trade from a native king, Chief Mbonga (Djimon Hounsou), by delivering his former enemy, Tarzan, back to the jungle.

In spite of a directorial style I’d call restrained, David Yates’ typical visual vernacular always trends towards that of character as opposed to action. While the man achieved significant cinematic success with his final Harry Potter films, even he couldn’t make a silk purse out of the sows ear that was Twilight: Breaking Dawn, so his ability to create something unique or interesting with a story as old as time itself was questionable, hinging largely on how well the characters were defined. With a screenplay co-written by one of the guys behind inexplicable Academy Award winner Hustle & Flow, and featuring at least four reasonably famous actors in 2016, everything was working in Tarzan’s favour at least at an expectation level. The end result of this hobnobbery, however, leaves a lot to be desired. 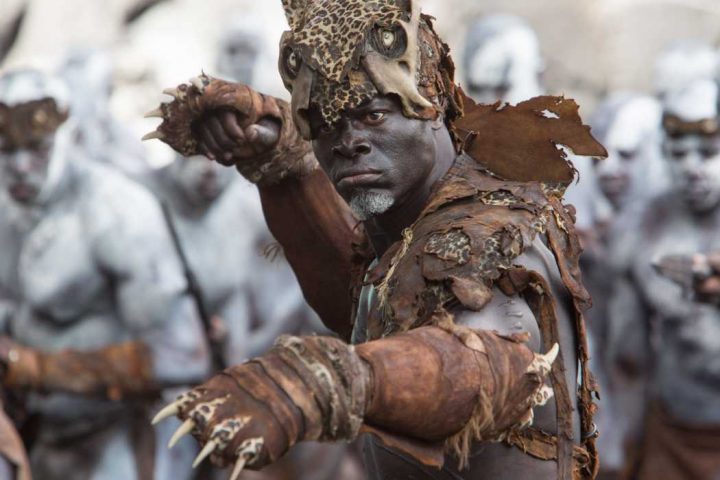 The Legend Of Tarzan attempts to bring emotional heft to the characters we know and you love by placing them directly after their more familiar initial jungle-scape setting. Tarzan’s orphaning, and his childhood spent in the company of apes, is told in flashback, a memory of Skarsgard’s wiser, more circumspect – heck, more reserved – portrayal. This Tarzan doesn’t want to go back and swing from the trees, finding the burden of his social fame a handicap more than an opportunity. He’s almost blackmailed into it by Samuel Jackson’s blustery American import, his grating delivery and modernised manner of speech at odds with the period detail otherwise present in this fabulously mounted production. I guess one should consider the film a conspicuously reticent attempt to deliver a new slant on the adventures of everyone’s favourite vine-jumper, by presenting him as an older, encumbered husband and emotional dwarf. Meh.

Lighting up the screen (as she has in almost every film she’s been in to-date) is current It Girl, Margot Robbie, whose stunning looks and gorgeous vocal delivery are just like velvet to the ears and eyes. Sure, Jane’s hackneyed miscarriage backstory is presumptive in its cavalier emotional connection to the audience, and her chemistry with Skarsgard vacillates between disinterest and vague concern, but Robbie is commendably competent in the part and the film isn’t a failure because of her. Christoph Waltz’s conniving Dr Livingstone-type exploratory character is singularly one-note, with the pleasure of his performance coming from Waltz’ obvious enjoyment of it, rather than anything the character does or says. Djimon Hounsou, really stretching himself as an African native (dear Lord, is this man typecast or what?), growls and snarls his way through a formulaic and predictable role. Jim Broadbent bobs up, as does a much missed Ben Chaplin, briefly, while Yates’ camera attempts to convey both intimacy and widescreen action without much genuine success at either. 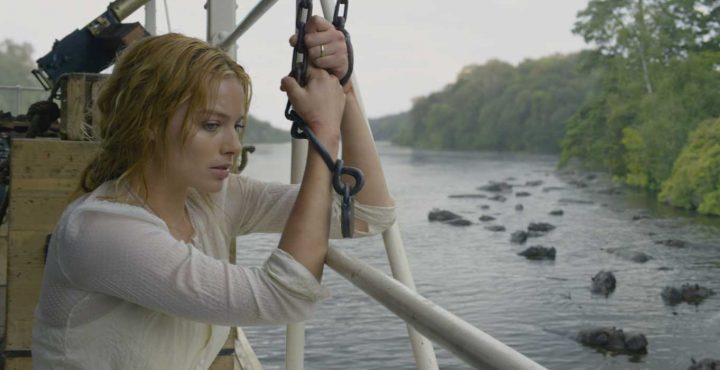 For all its faults with character and missteps with plot, the film plays pretty well as a mindless actioner. I suspect the intent of The Legend Of Tarzan was to bring a humanity or an intelligence to the franchise; sadly, the film’s dearth of quality writing doesn’t allow for memorable characters or a particularly exciting romp aside from some fairly well mounted action sequences, although it must be said the line between the sight of an actual human swinging through the air and a patently artificial CG one has never been more disparate. In one bright spot for the film, the CG animals depicted in the film, from apes and lions and everything in between, are handled with complexity and realism, making one wonder why the same effort couldn’t go into… you know, story and character. Ahh well. As a visual spectacle, this Tarzan film is not at all shabby, but like many a blockbuster film before it, lacks emotional cohesion and enjoys artifice simply for its own sake. Sometimes, the film becomes very much a case of “look how clever we think we are”.

There’s the makings of a very fine Tarzan film here, somewhere underneath the hamfisted faux-contrivance and sense of back-to-the-well going on here. There’s certainly nothing new in this version of the character that hasn’t been touched on in previous films, and although given the deluxe Hollywood CG treatment there’s a mediocrity here the film cannot escape. Moments of the film really sing (specifically, the apes and other jungle wildlife) but it’s the thinly developed human characters that weigh things down. The choice to have Tarzan become a moody, almost angry returnee to the jungle is acidic to the nature of the free-wheeling, joyously juxtaposed ape-man’s previous iterations, modernising the character with Y2K human flaws that aren’t adequately inhabited.

The Legend of Tarzan doesn’t so much swing through the jungle as it does trudge, the soft-glow photography and brusque sentimentality for happier times at odds with the simplistic script. The lethargic score by Rupert Gregson-Williams doesn’t add much (nor is it memorable), but at least some of the action, as wonky as it becomes, will entertain at some level.