English director James Watkins has slowly built a compelling argument to seek out his films. As one of the writers on little-seen My Little Eye, and helming the equally underseen thriller Eden Lake (which starred Michael Fassbender), Watkins also had a shot at mainstream horror with the arguably decent Woman In Black, a Daniel Radcliffe vehicle that delivered good chills in spite of a wonky plot. Bastille Day sees Watkins tackle what one might call an action-thriller, although sadly the film lacks both in degree enough to warrant applause. 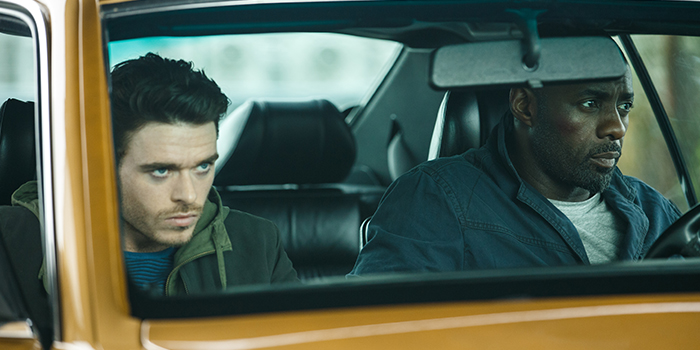 Plot synopsis courtesy Wikipedia: On the eve of Bastille Day in Paris, Michael Mason (Richard Madden), a young American conman, steals a handbag containing a teddy bear. After disposing of the teddy bear, it explodes, killing four people. The French police tags Mason as a terrorist suspect and pursues him. Unknown to Michael, the explosion was actually set up by a select group in the French Interior Ministry as a decoy to make a half-billion dollar digital transfer from a bank. While involved in a separate clandestine investigation in Paris, CIA agent Sean Briar (Idris Elba) discovers the truth behind the terrorist attack. The two men, on different sides of the law, then collaborate to find the group responsible for the attack.

Given the state of terrorism in France these days, a film featuring a terrorist bombing plotline feels…. poorly timed, even though there’s a fair chance Bastille Day has been on the cooker for a few years before the events of Nice rattled the world. Watching a film set in Paris with explosions and the ubiquitously omnipresent CIA doing their best to belittle French Intelligence and French intelligence (see what I did there?) almost feels uncomfortably close to reality – something I watched Bastille Day to escape – and although Watkins does a solid job giving the film’s stunning tableau a widescreen fellatio session, the problematic aspects of both character and story amount to a film so benign and mediocre it makes me want to rewatch Taken just to see a Paris thriller done right. 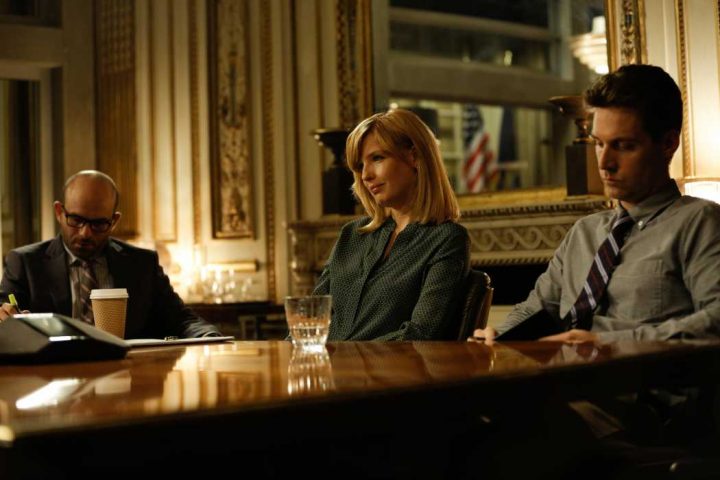 Truth be told, Bastille Day’s rapid-cut, multi-angle action mantra is entirely wearying. Over-edited, poorly shot fight sequences, clunky transitions between scenes and several performances that utterly stink (Mary Reilly, I’m looking at you), the film is all style and no delivery, a performance art piece filtered through a pop-modern hippity-hoppity crowd-pleasing veneer of washed out colours and frenetic camerawork. Watkins seems to be channelling Paul Greengrass’s work on the Bourne films, with Richard Madden (Game Of Thrones, Cinderella) looking befuddled by what he’s scripted to do as a poor-man’s Jason Bourne and Idris Elba (Pacific Rim, Marvel’s Thor) bullocking his way through an undemanding role as hard-bitten CIA Agent Briar.

Neither Briar nor Madden’s Mason are characters of note, about as well rounded and developed as a piece of paper sitting at the bottom of my toilet. It doesn’t help that Watkins works overtime not to develop them at all, offering paltry lip-service to Briar’s past as a hard-ass rogue, and giving Madden even less. The script’s attempts at generating tension through the terrorist angle is heavy-handed, but works in service of the story, no matter how presciently off-putting it is. Subterfuge and any attempt at subtlety is lost amid the shaky-cam edginess and brusque patriotism on display here; kinda weird how an American intelligence agency wouldn’t share intel with the French in their own capitol, but I guess logic and accuracy don’t make for dramatic thrillers, right?

Playing off instilled fears and subverting actual tragedies across the country, French-set Bastille Day is a sub-par cobblestone-baffled ride between arrodinssments that jigsaws its way towards a conclusion that’s as ham-fisted and belaboured as you can imagine. Elba and Madden make unconvincing on-screen partners, Watkins’ action chops need more polish, and the film’s central plot owes more to Ocean’s 11 than it does its pulp terrorism boiler-plate genesis. Entertaining in the diverting manner Luc Besson’s films have become (that is, chop-socky but entirely forgettable) there’s not a lot to recommend about Bastille Day other than yet another style-over-substance shoot-em-up.