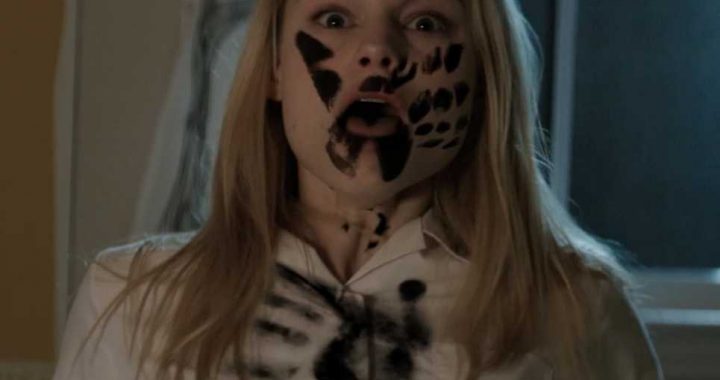 You know what’s most disappointing about The Darkness? That a film directed by Wolf Creek and Rogue helmer Greg McLean can be so generic, so gentrified as a horror film, what little tension there is is quickly snuffed out by weird editorial choices and a distinct lack of conviction in the story. Oh sure, there’s moments of spine-chilling terror, and the film’s duo of charismatic leading performances – Kevin Bacon and Radha Mitchell – do much to elevate the plot, characters and overall achievement of the movie, but the sense of familiarity within The Darkness‘ supernatural twists and turns, not to mention the overabundance of contrivance, neuter much of what may have worked well here. 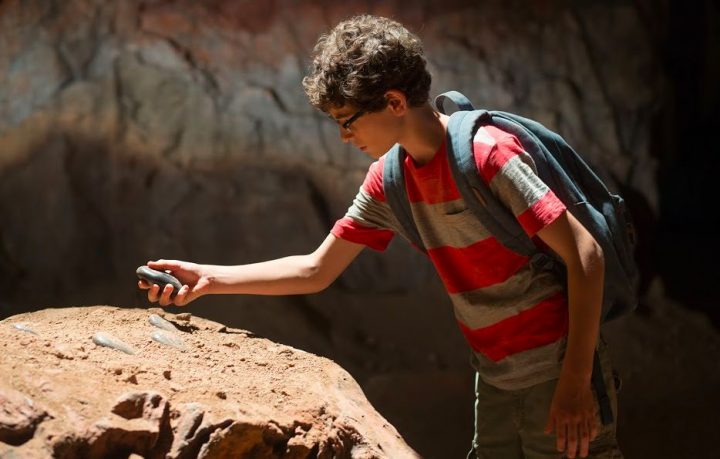 Bacon and Mitchell play Peter and Bronny Taylor, parents to two kids, Stephanie (Lucy Fry) and mildly autistic Mikey (David Mazouz). Returning from a camping trip to the Grand Canyon, the Taylor’s soon discover they’ve brought something back with them that is pure evil – there’s a presence in the house, an invisible “friend” Mikey insists on calling Jenny. Although quick to blame Mikey for the fires, noises and other occurrences, a disbelieving Peter, who himself is flirting with the idea of an affair with his new intern, suddenly must face the manifestation of an insidious ancient Indian evil.

Maybe it’s horror film fatigue. Maybe I’m just so jaded by modern American horror films that I can no longer be properly spooked – mind you, recent ventures into the genre such as It Follows and The Witch left their mark superbly, so not all is lost I guess, but perhaps my acceptance of derivative storytelling is less effusive than it was in my younger days. The Darkness is a bog-standard, largely convoluted ghost story that misses the mark by a wide margin, thanks to forgettable “scares” and an uneven “creep-factor” aesthetic that, while initially promising, can’t deliver. McClean, working with a cast of both the talented and the not-quite-so-talented, focuses his story on the Taylors almost to the exclusion of everything else, but the underpinning backstory to their lives – Mikey’s autism, Peter’s infidelity and workaholic nature, and Stephanie’s bulimia (initially undiagnosed) – doesn’t feel as cohesive as I think it was intended, leaving much of the dramatic heft to the creaky, spooky ghostly manifestations to try and work with. 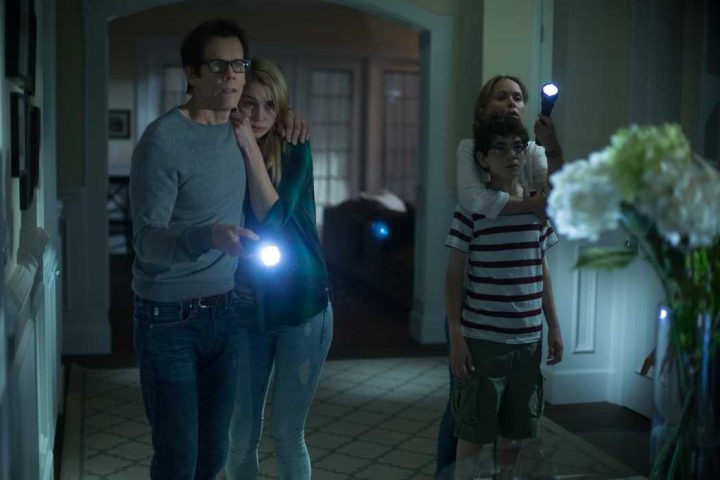 The Darkness, with all its cleverness at appropriating American Indian spirituality (badly) for the sake of a gimmick, feels entirely unfocused. Peter’s motivations to cheat on his wife are never explained, he’s just a douche, while Bronny’s belief in otherworldly manifestations feels shoehorned into her role as the maternal glue holding the ragged family together, almost as a “hey, we need to have somebody in this movie who’s sensitive to ghosts and shit!” moment. Jennifer Morrison, Paul Reiser and Ming-na Wen slum it in supporting roles, while the Taylor children, played by Lucy Fry and David Mazouz, are wooden and unconvincing. Mazouz is asked to do a fairly decent “autistic” part, so I guess it’s a thankless task to expect more from him, but Fry is grating even at the best of times and can’t adequately deliver an appreciably convincing performance despite McClean’s infuriatingly shoddy editing.

I shouldn’t blame him; the film was chopped by Sean Lahiff, who offers an indictable effort at generating tension through crash-zoom image mixing and the film’s typically appropriate heightened audio mix. Lahiff’s finger on the edit button seems jagged, almost motivated by a mandate to trim as much out of the movie as was possible without it being an incoherent mess, and the glimpses of the film’s framework behind the facade of the storytelling take on out of the movie altogether: there’s a real laziness here, a distinct insufficiency in both script demand and character development that prevent even the most minor of audience empathy. You’d think a screenplay with three credits to it would contain more logic, more anticipatory build up, but The Darkness is all about scares with no payoff.

Yeah, maybe it is fatigue. Maybe it’s the fact that The Darkness feels like a cheap, generic Conjuring knock-off, or maybe it’s the by-the-number plotting and character archetypes on parade here, but everything about this film simply comes off like a retread of better, more solid works of the genre. Bacon and Mitchell do plenty on their part to try and bring the film up a notch or two, but McClean’s adversarial direction opposite a script that feels basic and rote, render The Darkness more a mild grey.