The biggest question to come out of Allegiant, and by extension the entire Divergent series (of which this is the third and penultimate entry, while Ascendant, the final film, is due in 2017) is…why? Exactly why this series of popular books couldn’t make a successful transition to the big screen the way The Hunger Games had is something the Lionsgate accountants will struggle with for years to come, with Allegiant being a significant bomb for the studio also reeling from the carnage left by Alex Proyas’ turgid Gods of Egypt. As with Insurgent, I went into Allegiant without bothering to revisit the earlier films, mainly because I held very little hope that this film would improve on the gormless YA production value and plotting of past instalments enough to make me sit up and start to care. Because I don’t care about this franchise: it’s one of those carbon-copy dystopian-world young adult franchises that just keeps shitting out dual-entry concluding chapters – the decision to split the final book into two films has left Lionsgate with a big black hole of financial loss to counter when Ascendant comes out – and, let’s be honest, has tapped the well dry good and proper by this point. 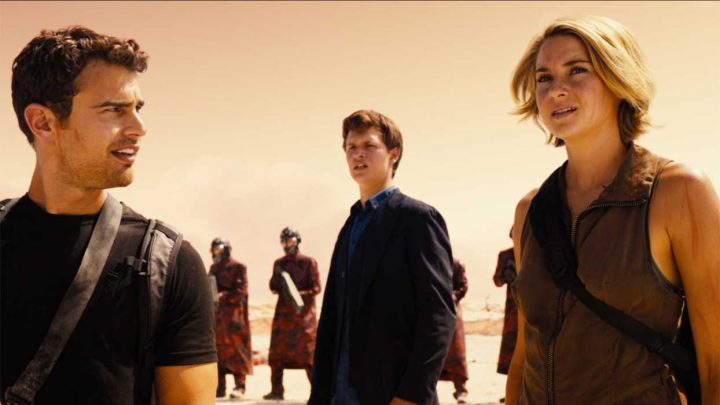 Allegiant, like its predecessors, suffers an abundance of exposition without the complexity of a rigid foundation to forge ahead with. The Divergent saga has had that eponymous “saviour” narrative working for it since the opening film, Shailene Woodley’s Tris being akin to The Matrix’s Neo in that she’s supposedly going to shift the balance of power in a world now sectioned into specific social roles. Sadly for this film, Kate Winslet no longer appears to beef up the dramatic urgency of the franchise, since she was – spoiler – killed off at the end of Insurgent. Woodley’s Tris is still trying to hook up with Four (Theo James), as their world expands beyond the boundaries of Chicago. With the Factions being disbanded in the wake of Janine’s death, new leader Evelyn (Naomi Watts) seeks to fill the vacuum with her own style of command, first putting the conspirators of Janine’s regime on trial, and then trying to maintain a less violent dictatorship. Naturally, Tris and her friends aren’t up fo’ that, so they scarper off into the wasteland because f@ck conforming. I don’t know, I tuned out 30 minutes in.

Faux dramatics, heavy-handed emotional convolutions, insipid dialogue and worse, clunky acting, form the basis of Allegiant’s boring, flat-footed narrative and pretension. The revenge arc littering this film off the back of Insurgent feels clumsily handled by director Robert Schwentke (RIPD), who returns to the franchise with the stylish accoutrement of “epic” cinematography and the ability to command dynamite visual effects. But all that money on the screen amounts to naught with Tris’ plight, as well as that of the revelry of co-stars ploddingly inserted into this laboured effort at keeping the story going, run aground on the reef of boredom. 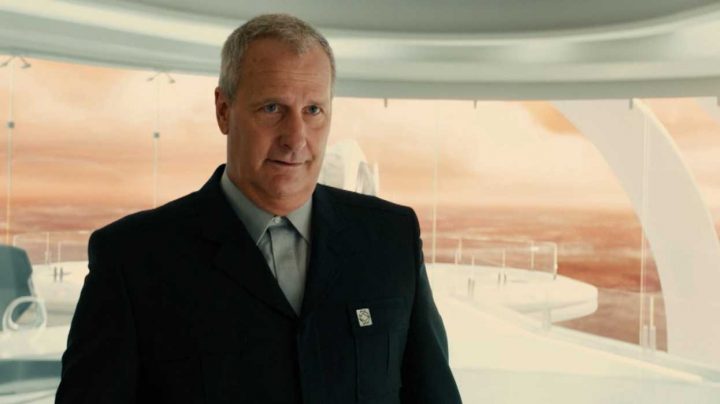 Yes, Allegiant is boring. It’s also nonsensical, silly, and full of its own sense of worth – which is to say, it’s worthless. Stakes that amount to very little considering we don’t really care about the people involved, death to characters supposedly designed to move us or make us empathetic to Tris’ journey, and a twist ending designed to make us question all we’ve seen to-date, impact on the screen with the grace of a murdered kitten. The cast of young up-and-coming stars valiantly work to make their characters live and breathe within this textureless adventure, failing in achieving just that. Woodley looks lost in her own story, Theo James can’t muster anything beyond a grimace or a glare, Zoe Kravitz and Miles Teller (the latter fresh off the bomb that was Fantastic 4) feel inadequately served by the plot, while Ansel Elgort (who cannot escape such a dubious nomenclature by being in crap like this) might as well have left the franchise after Insurgent, he’s so ill-served by this movie.

The older stayers, like Naomi Watts (kinda filling in for Winslet as this film’s female antagonist), Jeff Daniels (doing his best to be the film’s chief villain, and failing spectacularly), Octavia Spencer (who can’t quite believe she’s been asked to act in this crap) and poor Ray Stevenson (who hasn’t had a good role in Hollywood for….well, forever) fill out a galaxy of talent inserted into this inert piece of flickering smegma. Whereas the Harry Potter series populated its supporting cast with pretty much the entire stable of superior British acting talent, the Divergent franchise’s attempt to mimic this falls flat because nobody seems vested in the story beyond simply picking up a paycheck. If you think the film is boring, the actors in it often seem just as uninspired and contemptuous of the audience who’ve come to see it. 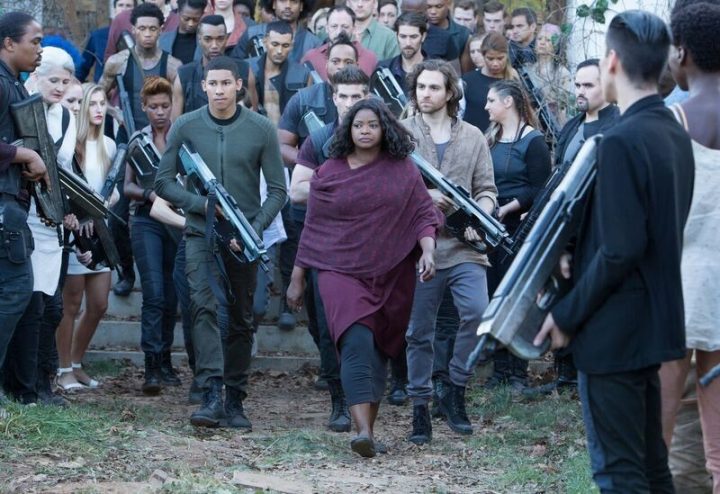 Like rancid dick-cheese, Allegiant’s fetid stench is putrid indeed, smothered in production value that seems to boast effects and visual gimmicks simply for their own sake. Allegiant never earns our interest, only our quickly deteriorating endurance, and even that’s a stretch in itself. Schwentke’s direction is remarkably charmless, lacking even the potent visual tenacity he imbued Insurgent with, even though he couldn’t salvage that film in any way. Here, all the visual effects and green-screened set design can’t save a world in which character we don’t care about engage in combat with zero stakes and even less humanity. Look, I’ll give the film props for at least looking spectacular, with a shiny, grimy, grounded sense of placement within the Divergent world that mirrors what we’ve seen before. But shiny things alone don’t make a good film – Transformers have taught us that much – and Allegiant, no matter its cool architecture and high value production design, can’t overcome a groaning, bloated, insignificant story. I pity the poor souls who’ll have to return to this crapfest in Ascendant.