One of the great truisms in all things cultural – music, television, literature or film – is to always leave your audience wanting more. Starting From Now creator, director and writer Julie Kalceff has achieved just that: the final season of her acclaimed and award winning lesbian-themed web series ends with a resounding high, giving closure to the ups-and-downs of the four central characters’ arcs and providing a nice send-off for fans. And there’s a lot of fans.

This article contains minor spoilers. You can view every episode now on the show’s official YouTube channel…. so what are you waiting for? 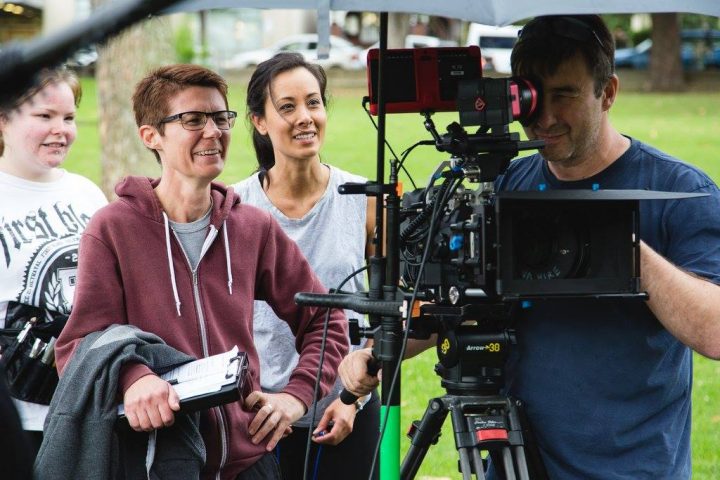 A quick recap: Starting From Now began life as a small web-series centred around four lesbian women living in Sydney, their relationships and problems, gaining traction across the online LBGT community as it snagged award after award, and debuted on Australian terrestrial television with the back-to-back fourth and fifth season early in 2016. Gathering plaudits not only from within the gay community here in Australia, but also internationally, and finding a foothold in “mainstream” culture as well, Starting From Now’s small-budget roots have blossomed into a hell of a great thing for Kalceff and her quartet of leading ladies – Rosie Lourde, who co-produced the final seasons with Kalceff, Wyrmwood star Bianca Bradey, and Sydney-based actresses/producers/bohemians Lauren Orrell (whom I adore) and Sarah DePossesse.

As I’ve said in previous articles, the strength of Starting From Now isn’t so much the antics of the women involved, but the writing by Kalceff. Infusing realism and strength within these women, who come complete with their own unique flaws and character traits (Lourde’s Darcy is a wine drinker after my own heart, while Bradey’s Emily seem eternally pissed off), the series’ ongoing allure has been the dynamic between the characters as people, rather than caricatures of lesbian culture. Once again, in season five, the strings of plot Kalceff weaved into the previous episodes, such as Darcy’s repressed memory of a past sexual assault, Emily’s ongoing estrangement from Steph, and Kristen’s budding romance with work colleague Rachel (Julia Billington) continue to be plucked in different directions. Inhabiting the characters has obviously become more comfortable for the cast, who deliver series-high performances in the final six episodes of the series, as the multitude of arcs within the show resolve with pleasant euphoria for long-time viewers. 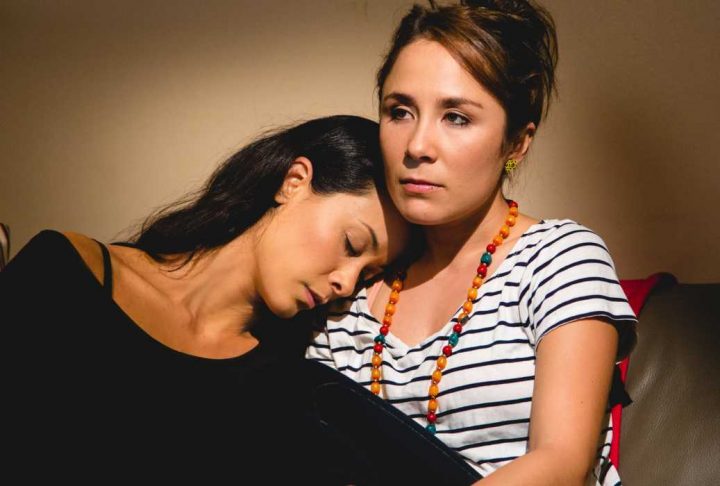 Of the most surprising elements the final season elicited was the strengthening of Kristen’s storyline. Lauren Orrell’s character felt almost secondary in early episodes of the show, as her relationship with Darcy broke down (the memorable baby-jumpsuit cradling moment is still wrenching even if you’ve seen it a few times) but throughout the third, and especially the fourth seasons, Kristen has become a strong, well-rounded character in her own right. Her relationship with Rachel almost seemed destined for a clash of personalities (in my opinion) but thanks to canny writing, Kalceff keeps the true strength of this subplot for the final season. Billington and Orrell have a terrific chemistry, which aides the story arc considerably.

Elusively charismatic Bianca Bradey continues to engage as Emily, her somewhat sour attitude more endearing than off-putting as she reaches out to her past to affirm her decision that going overseas (following her career) is where her life will take her. We briefly meet her father, their strained relationship spurring Emily’s detachment from the rest of her friends – particularly Steph, who pursues her forlornly – and as she’s done the entire series, Bradey just lights up the screen whenever she’s on it. If any of the main cast had a comparatively weak story in Season 5, it was Bradey, although when you’re sharing the limelight with three other dazzling women, it’s only that much harder to shine. Still, Bradey is excellent in the role, and delivers when required. Her relationship with Steph doesn’t feel like it belongs properly in the series like the others’ do, but it’s a sweet twist in the tail by Kalceff to deliver a curve-ball considering their rocky past.

Steph’s arc has been the most puzzling aspect of the show, for me. Initially set up as the Scarlet Lady of the series, having Darcy breaking up a long-term relationship with Kristen to be with her, Steph’s kinda vacillated between Darcy and Emily for most of the series, although the charged events of Season 4 made it obvious that her feelings for Darcy were no longer clear. Steph’s eventual gravitation towards Emily didn’t feel natural (compared to the rest of the relational aspects of the show to this point) but Kalceff brings it home with a breathless, chest-tightening sense of romantic gravity that even the hardest-hearted viewer won’t find overly saccharine. Sarah DePossesse’s performance in her Season 5 scenes – particularly those opposite Rosie Lourde – are among the best of her stuff on the show. 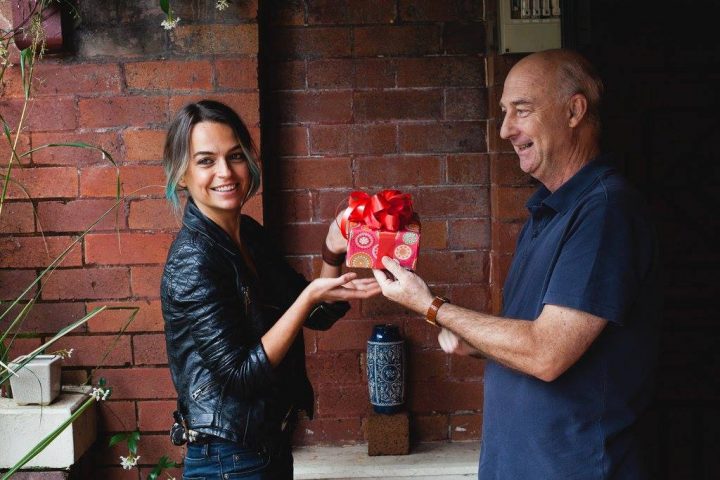 Undoubtedly the biggest challenge for the show, for actress Rosie Lourde, and for the entire cast, was the introduction of a tragic, hugely moving plot device for Darcy, involving a sexual assault during her teenage years which led to her seeking solace in the arms of women rather than men. At least, that’s how I interpreted it. Lourde’s sorta-alcoholic Darcy has had issues since day one – to say nothing of her odious mother, and her one-sided relationship with Kristen – and gradually we’ve come to get a sense of why she’s had issues in the past. A brutal event such as the one depicted here isn’t something glorified, or somehow glibly depicted, and as you’d expect demands a lot of any actress to accurately portray the anger, sadness, violation and depression that comes with this kind of memory. Particularly one that has obviously not been adequately dealt with emotionally. Season 5 sees Rosie Lourde deliver a transcendent performance that will stay with you, it’s that good. Sure, it helps that Kalceff’s writing is as strong as it is, but without Lourde’s ability to achieve the required baring-of-the-soul the arc demands, it wouldn’t work as well.

Not only has the show transcended its wobbly-focus, live-sound run-n-gun genesis with consummate ease, it’s become a genuine touchstone for the countless fans across the globe who inhabit the show’s YouTube and Facebook comments sections. Following the series’ production of Season 4 and 5 (shot simultaneously during 2015) on Facebook and seeing people’s anticipation building must have been a confirmation for Kalceff that her work was paying off; after all, if the product doesn’t connect with folks, it won’t thrive, and Starting From Now has certainly thrived, beyond even the director’s wildest expectations. It’s certainly left me, as an avid viewer, wanting more.

As a fellow Australian and vocal advocate of not only this show but all quality LGBT-driven content, I’m proud to see local talent making a big splash in the global entertainment pool. Starting From Now has begun the chip-chip-chip into broader spectrum storytelling by not only women, but people of all sexuality and identity.