If you’re a serious film fan you’ll have noticed during the week the announcement by Lionsgate, the studio behind the Young Adult franchise Divergent, that the fifth and final film in the saga, Ascendant, would skip the planned 2017 cinematic release and become either a television movie/series, or at best a Direct-To-DVD release. Keep in mind, the first film in the Divergent series raked in nearly $300m in US box office off the back of an $85m budget, not bad for a film series in which nobody actually knows what the hell is going on. Embarrassingly for Lionsgate, the dwindling interest in the Divergent franchise, and its subsequent stumble into the less prestigious arena of television (hah), indicates a malaise not just with that series of films but the Young Adult genre overall.

In an era of cinema when comic book films reign supreme, and franchise world-building is all the rage, studios are increasingly looking to long-term IP’s to capitalise on commercial outlay to rake in the big bucks. For every small independent film released to the big screens of your local cineplex, there are significantly more big budget blockbusters vying for your hard earned and, dollar for dollar, they’re more likely to get it. The YA genre, typified by franchises such as Twilight,  The Hunger Games, The Maze Runner, and less so the Harry Potter series (the final three or four films in which the boy wizard waved his wand around did feel like a YA saga moreso than the earlier ones), have become one of those strange aspects of Hollywood industry not through their success but their difficult, often bland representation on the screen.

The YA genre has also become somewhat overexposed, leading to a sense of audience apathy and disinterest; due, perhaps, the similarity between each saga that tended to blend together until you had to continually check the ticket to remember which one you were watching. Interchangeable characters, indifferent narratives, dispiriting conceits and a sense of wringing audiences for all they’re worth with protracted sequels and splitting-final-books-in-half greed have led to the rapid decline of the genre and the bursting bubble of the income derived therein.

It’s little wonder: Harry Potter’s dual-finale film event made it quite clear that there was gold to be mined from splitting a successful book-to-film finale into two, to justify “creative width” in spite of it really only being successful for JK Rowling’s Potter saga. Twilight’s two-film attempt, in which David Yates was forced to cobble two films out of a short-film-length novel, Breaking Dawn, drew good money but left fans of both casual and hardcore persuasion admitting that the idea was flawed to begin with. The Hunger Games split its final book, Mockingjay, into two films, to the detriment of both given barely anything happened in the first film, which moved so glacially I’m sure stalactites felt pressured to slow down. 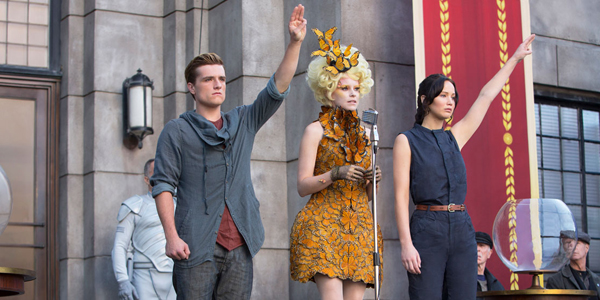 Of course, the big fall from grace has come with Divergent, a series of films so stupefyingly dull and incomprehensible its only surety comes with knowing it’s the die-hard fans who’ve propped it up so far, and even casual audiences hoping to witness some kind of resolution to its story felt ripped-off by the last film, Allegiant, which should have wrapped things up but incredibly, almost brazenly, offered to keep going simply for its own sake. Acknowledging the success of the final two Hunger Games films as a fluke, given apathy in most quarters to each film in the Mockingjay double-act, there’s little reason to really be surprised by just how poorly Allegiant, and no doubt its sequel, Ascendant, will perform.

There’s a very strong argument that splitting a final book into two films simply to stretch out the financial windfall from fans is now seen with a pugnacious eye, less creatively valid than commercially edacious, and people can see through it. The idea that people will happily sit through two films of weak story, dreadful characters and inane plotting simply to find out what happens has becomes a poisoned chalice for Hollywood’s bean-counters, many of whom were still hoping that Harry Potter/Hunger Games boffo box-office would just keep rolling in. After all, people still keep turning up for Marvel and DC films, don’t they?

The death of the Young Adult genre, which really only has the lamentable Maze Runner franchise still hoping against hope the tide goes out and people want to watch it (I don’t, but I’m hardly representative of the demographic), has been long in coming but inexorably precipitous now that it’s here. The balance between a film working on its own as a single entity, and setting up events to come in sequels is one that Hollywood has tried desperately to get right in recent years, but one in which the YA genre has patently failed at. People don’t want just a part of a story told in one film, they want a complete story told in one film. Comic book films, by their very nature, lend themselves to ongoing storytelling of the kind that warrants sequels, and people are prepared for that by conditioning over generations. Most other film genres don’t work that way. Hell, for the longest time film didn’t work that way, with the exception of those Golden Age serials upon which George Lucas homaged in Star Wars.

Sadly, a series of successful novels doesn’t automatically turn into box-office gold for studios these days, with YA fatigue and a weary overexposed comic-book-movie crowd looking for singular entertainment rather than an investment in three, four or five films to get a story. The fate of Ascendant, which looks set to be a cheaply made TV-movie as Lionsgate attempt to render down the loss and close out the saga, is telling moreso than perhaps just the YA genre; could it spell doom for any genre franchise attempting to boost its box office by splitting a thin story into two meaningless films. We should heed these warning signs: studios will be less likely to pull the trigger on big budget tentpole films if audiences won’t support them, and although I’m glad the YA genre has died a disappointing but utterly expected death, the shockwaves from this will doubtless be felt for years to come.