A hugely entertaining sci-fi film in its own right, The Beast of 20,000 Fathoms is not only the début of Hollywood’s “giant monster from beneath the sea” sub-genre, pre-dating Godzilla’s inaugural appearance by some 18 months, but also features (on lead début as well) the remarkable visual effects of one Ray Harryhausen, who had worked with original King Kong maestro Willis O’Brien and had helped him win an Oscar for the visual effects in Mighty Joe Young. Therefore, regardless of its story or characters, this film deserves recognition for being the forerunner of an entire legacy of Monster Movies. Made for a budget of just under $250,000, and raking in a cool $5m in mid-50’s dollars, The Beast From 20,000 Fathoms is superb fear-factor cinema, the “it could almost happen” stuff derived from a post-Atomic populace living with the Cold War and the rise of Communism whose concerns about radiation from bomb fallout would prove the defining factor in Beasts’ climactic success at the box-office. 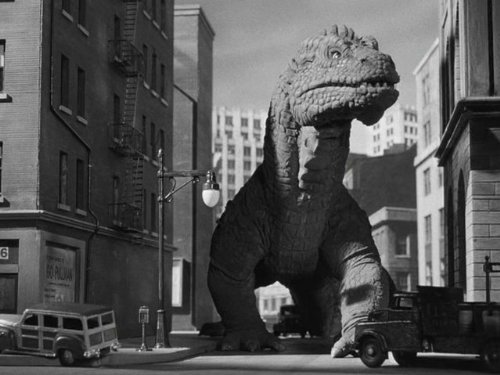 Following the detonation of a Hydrogen bomb deep in the Arctic, a frozen dinosaur is released from its captivity and starts wreaking havoc on humanity – as it makes its way from the North pole down into continental North America, and eventually to New York, a physicist, palaeontologist and his assistant must track the creature and try and find a way to stop it.

As a modern viewer of The Beast From 20,000 Fathoms, the film ticks every single box in the template its descendent have followed ever since. The disbelieving science and military community, the gradual revelation that something is coming into contact with humanity, the precise and convoluted manner in which the creature needs to be destroyed, and of course the square-jawed hero and his female assistant; Beast racks up the cliches faster than you can say “why won’t anybody believe the guy when he says there’s a monster?” In spite of it hitting its straps fairly quickly, and approaching the science of the plot with a sense of dedication, Beast is still a hugely entertaining romp featuring some remarkably good visual effects, so in this respect the film holds up well under scrutiny even today.

As a product of its time, it’s little wonder Beast became a box-office sensation. Swiss actor Paul Christian’s (real name Paul Hubschmid) chisel-jawed features provide an allure for the female audience, swoon-worthy debonair strength personified, while the large-scale special effects, specifically the titular beast itself, become more and more pronounced the longer the film goes on, until it’s eventual entry into New York (because all giant destructive animals are lured to the Big Apple, for some reason) leads to all manner of destruction. It’s the very template of a “crowd-pleaser”, the kind of film where the outcome is largely known, the characters fairly bland and simplistic, but where the premise is the big selling point.

Directed with a sense of stoicism by French helmer Eugene Lourie, Beast has a vague hint of early Hitchcock in its use of framing and camera movement, although exhibiting a perfunctory sensibility when it comes to the animal effects on display. The drama of the film – the discussion of the logic of an animal trapped for a hundred millennia beneath the ice in particular – gives the film’s join-the-dots screenplay a sense of urgency even when the pacing drags a tad, and although a very minor romantic subplot between Christian’s Professor Nesbitt and Paula Raymond’s Lee Hunter isn’t overly successful, the sum total of the film’s many parts overrides any dull-spots. 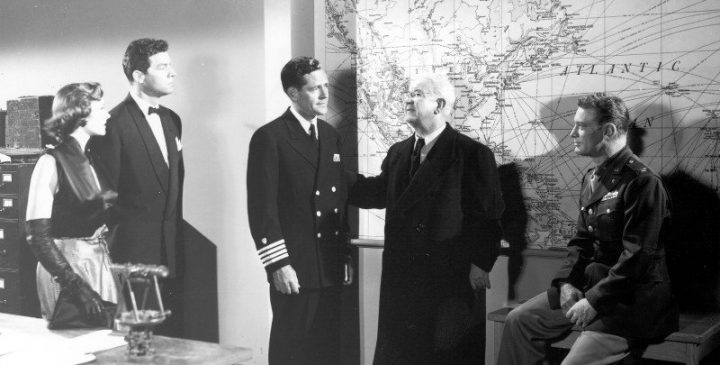 Before discussing the monster itself, the focus of the early part of the film is the human characters. Nesbitt is the driving persona of the film, sparking the mystery with his badgering of New York’s pre-eminent palaeontologist, Dr Elson (Cecil Kellaway) to explore the possibility of the creature’s existence. Naturally, although most people don’t believe his tales of an Arctic monster living beneath the North Atlantic, eventually the weight of evidence bursts through disbelief into simple shock and awe. Elson’s transition from a non-believer into an excited scientists once again seems overly simplistic considering he’s mostly acting on hearsay, without any definitive proof by way of tissue sample or visual sighting (until it’s too late, at least), but Kellaway’s bellicose portrayal lifts the tone of the film from deadly serious to at least approachably affable.

Paula Raymond is the epitome of the classic screen beauty, albeit layered beneath a purely 50’s aesthetic of costuming and hairstyle. Neither stretched by the script to emote or even really offer much by way of authentic characterisation, Raymond’s role seems purely designed to give the men reason to postulate and pontificate. Kenneth Tobey and Donald Edwards fill out a male-centric roster of militaristic types, while a young Lee van Cleef pops up late in the film to provide the… well, the coup de grace. 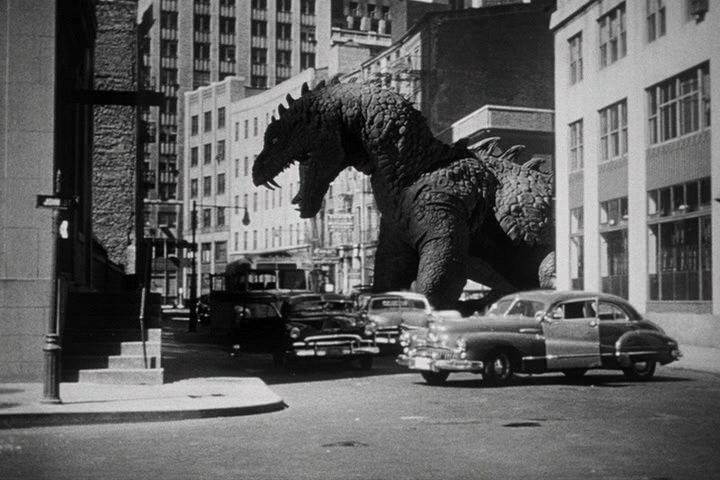 Although much of the film seems to have been shot on soundstages and the Warner Backlot standing in for New York, the technical aspects of the film hold up superbly well for a film of this vintage. The beast causes all manner of destruction, most of which is delivered with matte paintings, models and plenty of insert shots, and the film’s editing hides a lot of the “trickery” with tension and panache. Truly, Ray Harryhausen’s animation work on the creature, as it smashes through buildings, stomps on cars and, naturally, eats any number of terrified New York citizens, is just dynamite, and one can really see how his pioneering work in this field of cinema ensured his status as one of the medium’s finest talents. The lighting of the beast during an extended night sequence, similar to that in Roland Emmerich’s 1997 version of Godzilla, is starkly lit by Lourie’s cinematographer, Jack Russell, and Harryhausen mimics it with his miniature photography superbly well. All told, Beast’s visual effects trump anything to come before it, almost equalling the amazeballs efforts on King Kong’s iconic ape.

Boasting some superb visual effects and stop-motion animated by cinema’s grand maestro Ray Harryhausen, and delivering the by-the-book template upon which every other film in this genre would be formulated, The Beast From 20,000 Fathoms stands alongside King Kong and Gojira in the pantheon of iconic sci-fi films of its type. With a single caveat being that it does tend to get a little too talky for its own good midway through, the rousing destructive final act delivers all the monster action you’re craving if you glimpsed the poster on entering the cinema for this thing. The Beast From 20,000 Fathoms is well made, tense, genuinely entertaining Hollywood popcorn blockbuster, rightly becoming a landmark of the medium.