One of the key tropes of espionage fiction is the inevitable “going rogue” plot involving the hero. Licence to Kill sees Bond give up his commission as MI6 agent to pursue a ruthless drug lord against the orders of M, essentially stripping Bond back to his own wits and ingenuity, unable to rely on Her Majesty’s Government to provide an assist. While it’s become something of a cliché in this kind of story (everyone from Jason Bourne to Ethan Hunt has done something similar), with Bond it becomes a catalyst for some of his most furious vengeance (to paraphrase Samuel L Jackson) and allows the character some movement away from the franchise’s established tone. Does it work for the movie? Sadly, no; Licence to Kill is weirdly brutal almost for its own sake (Robert Davi’s villainy is horrifying, to say the least) and it’s a hard slog for viewers to engage with as bare-Bond essentially becomes the very thing he shouldn’t. 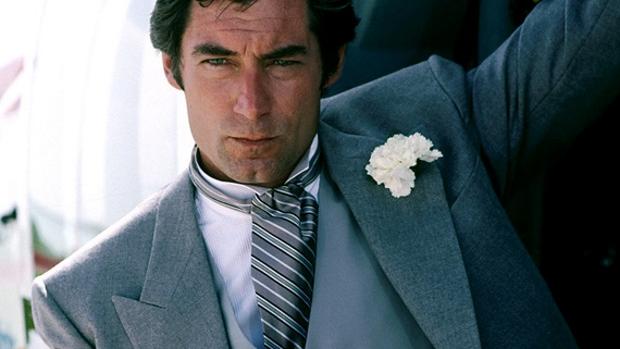 Whilst in Florida to celebrate the wedding of his friend, DEA Agent Felix Leiter (David Hedison) to Della (Priscilla Barnes), MI6 Agent James Bond (Timothy Dalton) helps in the capture of ruthless drug lord Franz Sanchez (Robert Davi). When Sanchez escapes thanks to a corrupt cop (Everitt McGill) and kills Della, leaving Leiter for dead, Bond and charter boat owner Sharkey (Frank McRae) set off to seek revenge when neither the US Government or the British secret service seem to want to act. Bond is aided in his search for Sanchez by CIA informant Pam Bouvier (Carey Dowell), following the decision by M (Robert Brown) to strip Bond of his 007 status – his licence to kill – for disobeying orders.

I had to laugh: the opening sequence of Licence To Kill seemed vaguely familiar for some reason. Bond, together with Leiter, use an enormous helicopter to mid-air-hijack a plane containing an on-the-run Sahcnez, hooking onto it and flipping it vertical, before capturing Sanchez and then (in a total Bond moment) parachuting down to where Leiter’s bride-to-be is waiting at the church. Apparently, Christopher Nolan has watched this movie and decided he’d try and one-up Bond with his own version of a similar stunt to open The Dark Knight Rises. Anyway – much chuckles.

Alongside its mean-streak, Licence To Kill is exceptionally violent for a Bond film. It’s also a film featuring one of Bond’s least interesting female co-stars in Carey Dowell, whom, it must be said, delivers a performance so dire it undoes whatever good the rest of the film has going for it. In an effort to compete with films like Die Hard (released a year earlier), Bond’s killing is amped up with brutality and blood, a jarring left-turn for a franchise that had until now restrained itself from really graphic death.

The version currently available on disc is the film in its uncut version: the original theatrical release was heavily censored in many countries, due largely to the frightening shark attack deaths early in the film which are genuinely chilling, and this is the first time I’ve watched Licence To Kill since about the mid-90’s.

For various reasons, Licence To Kill is inherently interesting to me, not for the least part in that it tries to take Bond out of his comfort zone, with varying degrees of success. In stripping Bond of his 007 status, neutering his cover as a British Agent, it gives the character a sense of jeopardy that until now felt lacking. With Bond being the unkillable hero of the big screen, and to give his 80’s revamp a visceral realism, the producers seem to have tried to ground Dalton’s Bond in clench-jawed vengeance and, for most of the film, it works. Rooted in Bond’s franchise tropes, however, the film cannot escape its fantastical silliness, and it leaves Licence To Kill in a weird position of being a uniquely dour affair in competition with its own extravagance. This contradiction in tone is a prime reason for Licence To Kill’s relatively sour viewing experience; major props for Bond to go outside his traditional wheelhouse in trying to give him an edginess, but for me it doesn’t quite work.

Most of the problem comes from the screenplay, here credited to producer Michael Wilson and longtime Bond writer Richard Maibaum (having pulled similar duties on all previous Bond entries), who struggle to give the weighty supporting cast much to do beyond plot exposition, look creepy/sexy/busy, or die in a multitude of horrific deaths. The dialogue is clumsy, not aided by some pretty poor delivery at times, and there’s a sense of B-grade focus at work here that’s disappointing to long-time Bond fans. A mixture of South American drug crime, corrupt or ill-used law enforcement in both America and south of the border, and an apparent disdain for women’s liberation creates an allegorically outdated Bond film that works just as hard to annoy as it does to entertain.

Moreso than his previous outing, Dalton seems at home as Bond, giving the role a machismo without the entendre and, in this film, without much of the sexual allure people roll their eyes over – hilariously, Bond smooches with Carey Dowell’s CIA agent almost as soon as they escape a bar brawl, which in real-time is about five minutes after they first meet, so I guess some things never change. Dalton’s a far better actor than the material he’s given, let’s face it, and you almost get the sense at times that he’s inwardly cringing at some of the scenes and dialogue he’s forced to endure, but like a pro keeps a straight face in spite of the bad acting around him. Carey Dowell is beautiful, sure, but entirely unable to act. As Pam Bouvier she’s as sexy as most of the franchise’s storied efforts, but lacks the screen chemistry with Dalton (or the viewer) and delivers her lines as though reading them off cue-cards. Secondary Bond Girl here, Talisa Soto’s Lupe, is intriguing in a way Dowell can’t muster, her South American allure sorely underused by a screenplay that works overtime trying to wrangle its disparate parts together.

The rest of the supporting cast are all well suited to their parts: Robert Davi was born to play a Bond villain, his craggy visage perfect for the creepy, vicious Sanchez (his method of despatching his enemies are particularly cruel, even by Bond’s standards), Anthony Zerbe wrestles with his slimy middle-man role, and a young Benicio del Toro as a member of Sanchez’ gang does a leering job of creeping the viewer out. Desmond Llewelyn has a larger role in this film than I’ve seen in any other, as Q, and I giggled when he called Bond an “eejit”, and rolled his eyes at Bond’s dalliance with Lupe.

Licence To Kill is a low point in the Bond franchise, though not through lack of trying. In small doses the film has its moments, especially any time Davi or Dalton are on screen together, but its cruel undertones of violence and a sense that it’s too serious for its own good make it a real challenge to enjoy. Dalton’s Bond works (even if the film around him doesn’t); I just enjoy his portrayal of the character, but he’s lumbered with inconsequential leading ladies and a production trying too hard to escape its own mythology – perhaps stretching the franchise in this direction didn’t work, but you can’t deny it wasn’t a brave effort.