Nobody asked for a Point Break remake – hell, if anything we clamoured for a sequel, before Patrick Swayze’s untimely passing – but I guess we got one anyway. With its X-treme sports aesthetic and middling criminal subplot mixed with frustratingly obtuse acting performances and a penchant for indifferent direction, Point Break’s 2015 edition seems hell bent on pulverising audiences with crazy stunts and thunderous sound design. In terms of its uniqueness within action cinema, there’s virtually nothing in Point Break you haven’t seen before, and as far as story and characters go there’s a vacuum of creative nuance overriding anything director Ericson Core might wish to stamp his authority on, so if all it takes to entertain you is dudes doing crazy skiing, windriding or parachuting (etc etc), then you’ll be perfectly happy with this cookie-cutter flick designed to take your gullible money. Everyone else will be best served skipping it. 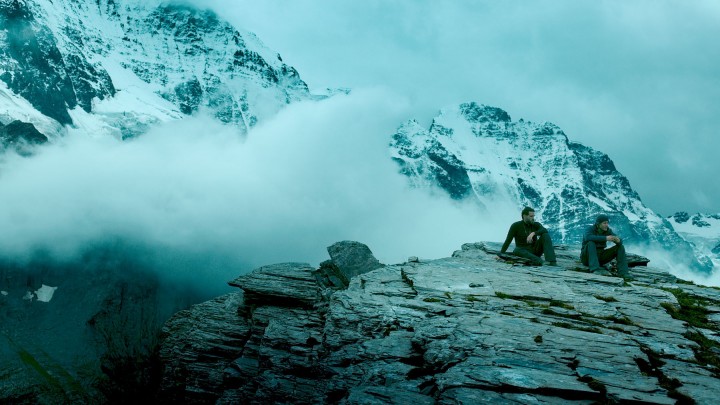 Following a disastrous end to his extreme-sport career, Johnny Utah (The November Man’s Luke Bracey) looks to become an FBI agent. In doing so, he comes under the auspices of FBI Instructor Hall (Delroy Lindo), who sends him on a mission to infiltrate a gang of X-sport criminals committing heists across the globe. His contact with British intelligence, Pappas (Ray Winstone) informs him that the leader of the gang is Bodhi (Edgar Ramirez), ostensible a surfer but a man bankrolled to achieve the mythical Ono Osaki 8, a series of endurance challenges which have never been completed. As he begins to infiltrate the gang, meeting Ramirez’ companion Samsara (Teresa Palmer), Johnny begins to find solace in the lifestyle and freedom Bodhi offers.

Point Break is the kind of film that doesn’t quite seem to know what it wants to be. On the one hand, it has a weird xXx vibe going on, with Johnny Utah’s “undercover” operation to bust a high profile extreme sports crime gang, and on the other it’s a generic, mild action film with delusions of excitement. Missing the brotherhood bonding of the original film, and a preponderance of globetrotting escapades that’d make James Bond envious, Point Break’s action-oriented plotting deliver only perfunctory thrills amid a generic arc of confused honour-among-thieves archetypes. Production value on the film is high – an early sequence involving money dropping from a plane with two parachuting dudes release the banknotes into the atmosphere is suitably frenetic, and the following action sequences, of which there are plenty, involve a truck-ton of death-defiance and skill. Mountain descents, avalanches, motorcyling across landscapes not designed for any wheels, let alone two, as well as copious free-falling and wing-gliding sequences give the film a sense of energetic freedom, but when tackling things like, you know, story and character, Point Break fires blanks. 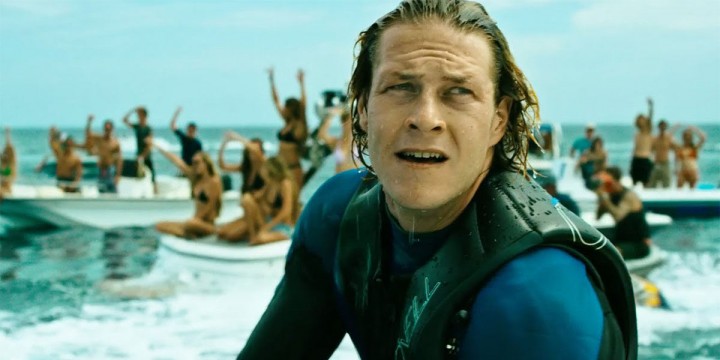 Part of the blame comes from writer Kurt Wimmer, the man behind equivalent cinematic prostate exams such as Ultraviolet, Sphere and the Total Recall remake (but, to his credit, also gave us the awesome Equilibrium), who gives the characters here, particularly Luke Bracey’s Johnny Utah, formulaic and generic traits that go with people who engage in this kind of activity. Utah’s attraction to Teresa Palmer’s utterly wasted character of Samsara is purely physical I suggest, because the film offers zero emotional connection between the two no matter how much Bracey, Palmer and Ericson Core might want otherwise. Wimmer’s by-the-numbers plot is smothered in fanciful philosophising and grand mythology of extreme sports, but boiled down is just as stupid as any run-n-gun actioner out there.

Ericson Core (seriously, the dude sounds like a phone’s operating system) tries his hardest to give the film some energy or sense of excitement and thrill. To a degree he succeeds, almost in spite of the film’s inherent lunacy and contrivance, but it’s a thin wedge for the audience to accept. Glorious locations around the world are treated to a glossy, widescreen depiction as Core’s camera lurks around every crevice and chasm Bodhi and Utah encounter, a smattering of handycam jitter and stabilised action frugality. The film’s homage (read: rip-off) of the original Point Break’s “shoot at the sky screaming” moment is unearned, a dire piece of faux drama jammed into the film like shit on a cake. Throwing in Delroy Lindo and Ray Winstone as Bracey’s superiors is crucial to giving the film any kind of dramatic weight, although neither actor has much to work with other than spouting testosterone-fuelled machismo every few minutes. It’s a thankless task, acting in this film, as the plot and desire to amp up the action sequences mitigates any real intelligence within the framework.

Point Break isn’t horrible, but it’s not exactly separated from the pack like its progenitor was. Bracey ain’t Keanu Reeves, Edgar Ramirez definitely ain’t no Patrick Swayze, and the film’s slick-cut modern polish chokes the nuance and subtlety from what is, in the end, yet another production line actioner deserving of little time or energy to watch it. Mildly diverting and generally undemanding, Point Break won’t convince you of its own adequacy but it’s not doing itself any favours either.