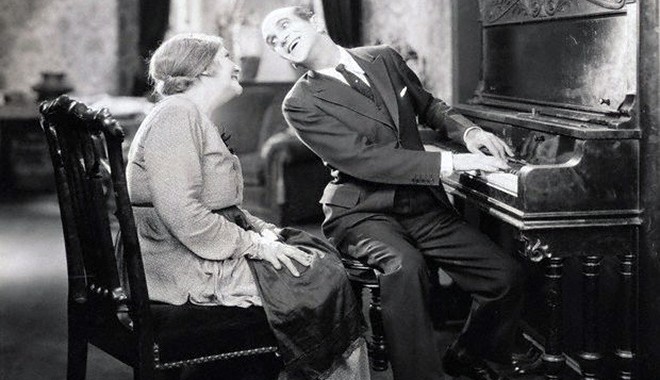 In this, the third of our ten-part series at landmark films of the 20th Century, we identify films that set new benchmarks and new ways for film-makers to tell their stories – from editing, to sound, to visual effects, the 100 films we’ve unearthed are considered either classics (or should be) that changed the landscape of film forever. The films listed herein represent annual landmark achievements in cinema – they may not be the “best” films of that year, but they represent a leap forward in cinematic technique that is worth considerable attention.

It’s two decades since the dawn of the new millennium – film has become a staple of popular culture and enjoyed by both the working class and elite alike. Film-makers continued to push the boundaries of both the nascent technology and the creative medium afforded by it, honing story-telling techniques that would continue to be used even to this day. The Roaring 20’s would become a yardstick decade for Hollywood and cinema, from Russia’s revolutionary war, to experimental films working with new and unique expressionism and styles birthed in the backstreets of some of Europe’s baroque lifestyles, through to the advent of the one key element that changed the face of film forever – sound.

One of the Three Big German films ever, alongside Metropolis and Triumph of The Will, The Cabinet Of Caligari is a… well, triumph of production design and style. It established the idea of German expressionism, and paved the way for later Hollywood styles in the horror and noir genres. Starring Werner Kraus as the titular Caligari, and Conrad Veidt as Cesare, the film has since become an icon of expressionist design and detail, as well as a touchstone for filmmakers in decades since. With a visual impact that cannot be disputed, The Cabinet of Caligari remains not only one of the greatest films of all time, but one of the most memorable.

Charlie Chaplin was already a Hollywood megastar by the time The Kid came along in 1921. Co-starring a young Jackie Coogan, the film’s six-reel narrative married drama, comedy and pathos into a blockbuster release for the actor and his studio, and became one of the top earners of that year, succeeded only by Rex Ingram’s The Four Horsemen of The Apocalypse. The Kid arrived to rave reviews, and has since cemented its place in not only Chaplin’s oeuvre as one of his most accomplished productions, but also in the silent film pantheon as one of the genre’s out-and-out classics.

German director FW Murnau’s bold telling of the Dracula legend arrives in cinemas, although not bearing the name of the famous vampire due to a rights issue with Stoker’s publisher. Murnau renamed the central character Nosferatu, and the role was portrayed by the skeletal, creepy work of actor Max Schreck, and became one of the pivotal portrayals of the genre even to this day. Menacing, eerie and unforgettable, it would be Nosferatu’s acclaimed visual style to which film-makers in later years would turn to personify the evil of Dracula’s malevolence.

Cecille B DeMille was a name that would become synonymous with Hollywood extravagance; none moreso than the first of his two versions of The Ten Commandments, which was then the most expensive film ever made. It also featured one of the largest Hollywood sets ever completed for the time, and proved to be a financial boon for distributors Paramount. The Ten Commandments would be remade by DeMille himself years later, but this version – the first of the director’s Biblical Trilogy including King of Kings and The Sign of The Cross – paved the way for the Holy book to be mined for big-budget Hollywood fare for decades to come.

The birth of what we now know as MGM Studios, one of the original Big Five, arrived with the merging of three smaller production companies: Goldwyn Pictures, Marcus Loew’s Metro Pictures, and Louis B Mayer Pictures, in 1924. The first film produced by the studio, He Who Gets Slapped, starred Lon Chaney, and was the first film to feature the fledgeling studio’s iconic Roaring Lion motif at the commencement of the film. However, it would be several years before the lion actually roared with sound…..

This year saw the arrival of Russian revolutionary film Battleship Potempkin, a classic piece of propagandist artistry that the now clichéd “montage” effect, with non-linear editing used to construct dual narratives within a similar time frame or setting. Startling in its audacity, director Sergei Eisenstein’s film debuted to much acclaim from critics, and remains high in lists involving the “greatest films of all time” across popular culture. Historically significant for what it brought to film, as well as the superior storytelling involved with the film itself, The Battleship Potempkin is regarded as a pivotal film in the history of cinema.

Also in 1925, the first film version of Ben Hur was released (costing just under $4m to produce, an obscene amount for the time) and became an instant success, while Universal began dipping into the horror genre with a version of The Phantom of The Opera, starring Lon Chaney, making its début. Also of note, Chaplin’s film The Gold Rush was released, which would go on to become the highest grossing silent film of all time.

The first credited directorial effort by Alfred Hitchcock, a film entitled The Pleasure Garden, is released to mild acclaim. A melodrama involving two girls on different paths of life is perhaps less well known as the director’s effort a year later, The Lodger, which would boast the early ideas of his signature look and style, The Pleasure Garden is notable for the master director’s début behind the camera. His other 1926 film, The Mountain Eagle, is a “lost” film, in that no print of the movie exists save a gamut of still images and notes.

Some might argue that Fritz Lang’s Metropolis debuting in 1927 is a more important film event (and believe me, we struggled with this one), but I’d say bollocks. 1927 saw the début of The Jazz Singer, noted for almost nought bar one tiny little thing: the sound of the human voice. The Jazz Singer was the first film to arrive with synchronised sound imprinted in the film – rather than previous efforts in which film and a special phonograph were played simultaneously to give the impression of sound – and to say it changed the medium forever is an understatement. Almost overnight, every other film in production decided to use the new technology (famously, Hitchcock had to reshoot some sequences of his film Blackmail to fully utilise the technology, resulting in that film being the first British film to feature it); one of the more interesting sidebars to the advent of “talkies” was how many screen stars couldn’t make the transition across due to squeaky or heavily accented voices, which negatively affected their brand with audiences unused to associating the voice with the face.

With the advent of sound, 1928 became a year filled with “firsts” for Hollywood’s production of cinema. The first entirely shot-outdoor Western, also fully shot with sound, In Old Arizona (also nominated for Best Picture that year) came out, while Warner Bros released both the first “talkie” gangster film The Lights of New York, and the first “horror” film with sound The Terror, to rave reviews and rapturous audiences. But the most impactful event of 1928 was the arrival of the first “talkie” sound animated short, Steamboat Willie, by an up-and-coming animation studio owned by Walt Disney. Featuring Mickey Mouse (who officially debuted the previous year) Steamboat Willie is a landmark of animated film-making and gave Disney the momentum to continue working to produce the world’s first full-length feature in animated form.

Although it wasn’t technically the first feature film musical shot with partial two-strip colour, 1929’s The Broadway Melody was the first to be a “talkie”, making it the most successful film of its kind to that point. Eventually winning the Academy Award for Best Picture for the achievement, MGM’s successful production paved the way for the entire genre and itself bore many sequels bearing the title until 1940.