Racial bigotry and social undercurrents abound in Gentleman’s Agreement, the 1947 Best Picture Oscar winner starring Gregory Peck as a virtuous newspaperman writing a series on anti-Semitism, at the behest of his editor. It’s one of those “message” movies, the kind Hollywood was great at back in the day, of taking a then-current social, political or religious controversy and rummaging around in its seething underbelly to produce an almighty kick in the ass of those who thought differently. I’m not that knowledgeable on the American political climate following the conclusion of World War II, but to see a film needing to tackle the idea that Jews were the victims of prejudice and injustice – similarly to Black Americans at the time –  barely three years after revelations of the Nazi Holocaust came to light, is remarkable indeed, perhaps even moreso considering just how far (or not) the country has come in the years since. Intended I’m sure as some kind of commentary on bigotry overall, time hasn’t been kind to Gentleman’s Agreement to the point it retains its kick-in-the-nuts-diatribe power, but with stellar leading performances from all involved, and unflinching direction by Elia Kazan, there’s a sense of import to the narrative within its era that cannot be denied. 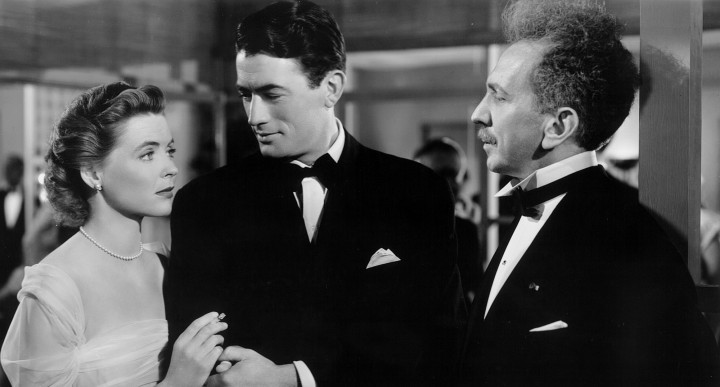 Gregory Peck plays Philip Schuyler Green, a writer hired to work at a New York City magazine on assignment, who has recently moved with his young son Tommy (Quantum Leap’s Dean Stockwell in an early role) to live with his elderly mother (Ann Revere) from Los Angeles. Green’s editor, Mr Minify (Albert Dekker) gives him his first assignment almost immediately: to write a series of articles on anti-Semitism within New York’s cultural scene, an idea given to him by his niece, the recently divorced Kathy (Dorothy McGuire). Initially struggling to make the idea feel fresh, Green decides to pretend to be a Jew, in order to experience first-hand the problems facing those of the faith in America’s land of opportunity. At the same time, he begins courting Kathy, who considers herself to be rather liberal, but eventually discovers that she also harbours anti-Semitic ideas. Green’s magazine colleague Anne (Celeste Holm in her Oscar-winning role) and personal secretary (June Havoc) provide context for the “mission” and offer their own opinions on Jews facing persecution and subdued racism, while Green’s Jewish army friend Dave Goldman (John Garfield) arrives to look for work and offer his own personal reflections on the problem.

Regardless of my opinion on the film’s story, Gentlemen’s Agreement is superbly acted. Led by a riveting Gregory Peck, offset by a beautifully innocent performance by Dorothy McGuire as the ineptly ignorant Kathy, and supported by the superb work of Celeste Holm and John Garfield, the film is just a joy to watch these performers deliver their lines and chew through their socially white-hot dialogue. It goes without saying that Gentlemen’s Agreement is a film that really shouldn’t ever need to have been made, but the fact that it’s a film representative of a problem facing many Jewish Americans of the time speaks volumes to just how nervous and insular some quarters of society were, or continue to be. After all its ribald language declaiming racism and bigotry (not just the overt, but even taking a large swipe at those who say nothing and tacitly engender prejudicial approval through inaction), the film could have been about a minute long and simply had Peck say over and over, “Can’t we all just get along?” 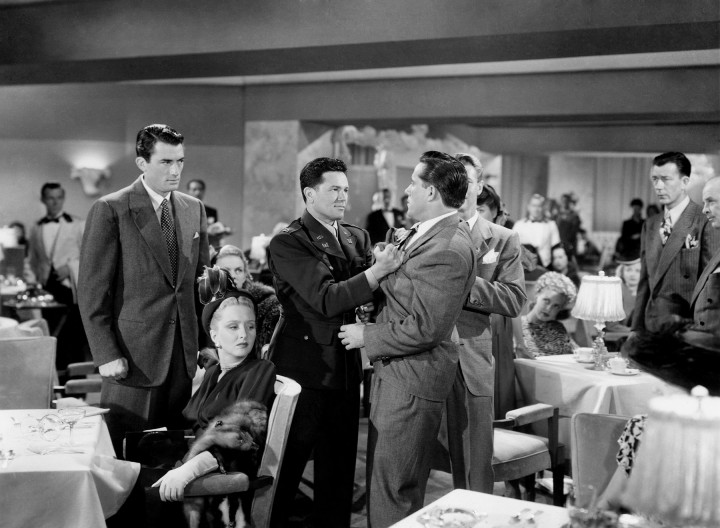 Peck is magnificent here, indeed a worthy nominee for Best Actor, as Philip Green, a stalwart defender of the moral and ethical right, a sturdy belief that American principles are at stake if bigotry is indeed allowed a foothold within the country he holds so dear. You can see elements of Peck’s later screen icon, Atticus Finch, at play here, a straight-backed man’s man who looks hatred and vitriol in the eye and doesn’t take a backward step, so it’s little wonder the actor was almost typecast in roles similar to this for much of his career. His frustration at being snubbed and selectively excluded from certain establishments and events, never to his face but almost secretively, is palpable during the film’s climactic final act, and Peck’s delivery of the potentially incendiary themes he engages with is superb. Co-star Dorothy McGuire is equal to the task, as Kathy, a strong-willed divorcee (exactly why she needed to be divorced I’m not sure, because it serves little to the story – I guess being divorced back then was frowned upon?) who initially goes with Green’s angle for the story but eventually comes to the realisation that, by not speaking out against racism and bigotry, that she’s inadvertently promoting it. McGuire gives a demure strength to the role, a role which could have been played all manner of screechy, petulant ways, but resounds with a tenacity of delivery that engenders dawning sympathy as the character grows internally.

Entering the fray with a performance that should be noted for its white-teeth-joy and indifference to restraint, Celeste Holm’s work as Anne is sublime, and steals the film from under everyone else whenever she’s on the screen. Thankfully, during the film’s second half, she’s on the screen a lot. Anne is the cheery, down-to-earth type who is primarily the “life of the party” kind of whirlwind, a centrifuge of double-speak and magnetic personality that sucks all the sadness away and brings a room (and a scene in a film) to life. That said, when Holm needs to deliver a stirring monologue late in the film, it lands with the impact Kazan obviously intended, because Holm’s delivery of important content is effortlessly captivating. Watching her act is a treat unto itself. 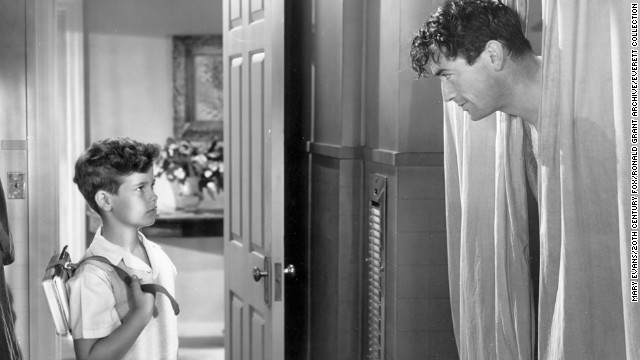 Keep an eye out also for John Garfield, who’s a little more perfunctory in the conciliatory role of Jewish army guy Dave, Philip’s best friend, who happens to be Jewish. Dave provides the film with the sense of resigned acceptance of the racial prejudice he’s encountered, applauding Philip for what he’s doing but questioning whether it’ll make a difference. Garfield’s role doesn’t call for any significant stretch by the actor, almost offering himself as the film’s “straight man” for Peck to work of as a masculine associate he can relate to. June Havoc’s portrayal of Green’s secretary is enlightening and always enchanting, although the role offers virtually zero development beyond being a proxy for the Jews who changed their names and hid their ancestry to obtain employment. Albert Dekker is great as Philip’s socially progressive editor, while Peck’s young son Tommy is played by Dean Stockwell with the surety and complexity of an actor three times his age. Rounding out the important roles is Anne Revere, as Peck’s mother, who gives us an appropriately snappy, loving, maternal portrayal of a woman getting on but who wants to see her son’s important work make a difference.

Truth is, there’s almost no bad performance here, with even the bit-roles being pulled off with conviction and alarming dexterity by all involved. Kazan’s work to draw naturalism and believability from his cast is second-to-none. A lot of that has to do with the writing, and it’s fair to say that the screenplay is a marvel of redolent, bubbling rage. Co-written by Kazan and Moss Hart, Gentleman’s Agreement is a seething indictment on America’s apathy towards ingrained prejudice and/of citizens of different beliefs. An early piece of dialogue in the film, in which Peck’s character explains what a Jew is to his young inquisitive son, sets up the idea that although the films tackles one issue facing America; take out the word “Jew” and replace it with “Negro” or “Native American” or “99%” and the film would still have the same impact. Dialogue sparkles with stealthy subtext, but isn’t afraid to confront an idea head-on – and often does – so it’s appropriate that Hart would snag an Oscar nomination for his writing work here. 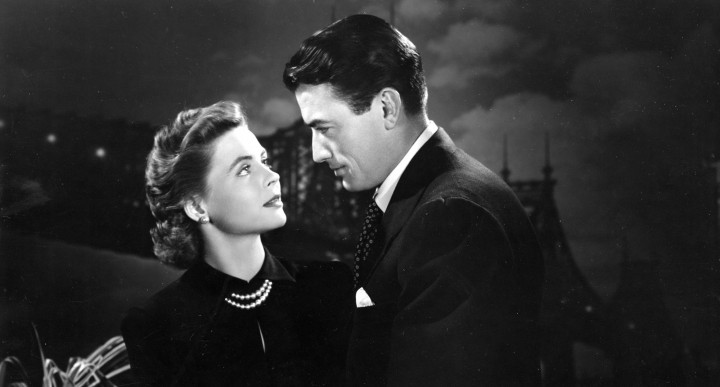 If I had any real issue with the film – and trust me, it’s a minor one – it’s the continued pushing of the romance between Green and Kate that kept the film out of balance a little. By that I mean the thrust of the film’s prejudicial narrative was occasionally set aside to focus on the love-interest going on, which I felt didn’t quite gel with the message the film was trying to impart. Look, I get it, you need to have a love interest between the leading man and the leading lady to get people to go see the damn thing, especially in the 1940’s (!), but to me the “romance” felt trite and obligatory rather than an organic element to the story. To put it bluntly, had the love story aspect been removed entirely, I think the film would have actually been better, and even more impactful than it still is.

I can see the why and how of Gentleman’s Agreement winning Best Picture, after all it ticks all the boxes Hollywood loves to ladle onto “important” movies such as this. Is the film still as white-knuckled salient now as in 1947? Not at all, I’d wager, although as mentioned some of the ideas presented here carry over into other segments of America’s population even today (#BlackLivesMatter); that said, for the era in which it was made, and for a gathering of simply stellar acting performances by a top-tier cast, it’s hard to give this film anything other than top marks. So I will.