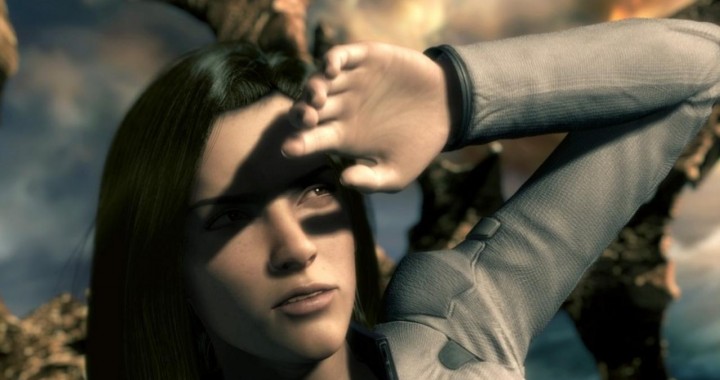 A mind blowing assault on the senses (for mostly the wrong reasons), Final Fantasy came to the big screen in 2001 with the perception of (finally) photo-realistic CG-rendered human beings that were as close to the real thing as we’re ever likely to get. Sadly, while the visuals were indeed superlative, the story, character and complexity of combining Western aesthetics with a throghouly Eastern theological underpinning blows a hole in this film as a work of fiction to large you could drive an 8-bit Pac Man through. 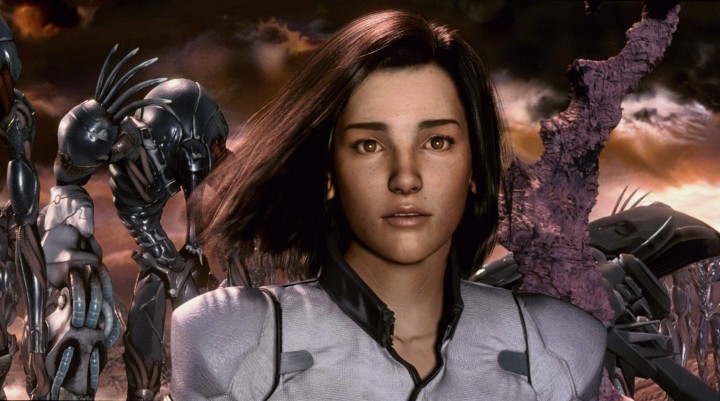 Plot synopsis courtesy Wikipedia:  In 2065, Earth is infested by alien life forms known as Phantoms. By physical contact Phantoms consume the Gaia spirit of living beings, killing them instantly, though a minor contact may only result in an infection. The surviving humans live in “barrier cities”, areas protected by an energy shield that prevents Phantoms from entering, and are engaged in an ongoing struggle to free the planet. After being infected by a Phantom during one of her experiments, Aki Ross (Ming-Na) and her mentor, Doctor Sid (Donald Sutherland), uncover a means of defeating the Phantoms by gathering eight spirit signatures that, when joined, can negate the Phantoms. Aki is searching for the sixth spirit in the ruins of New York City when she is cornered by Phantoms but is rescued by Gray Edwards (Alec Baldwin) and his squad “Deep Eyes”, consisting of Ryan Whittaker (Ving Rhames), Neil Fleming (Steve Buscemi) and Jane Proudfoot (Peri Gilpin). Upon returning to her barrier city, Aki joins Sid and appears before the leadership council along with General Hein (James Woods), who is determined to use the powerful Zeus space cannon to destroy the Phantoms. 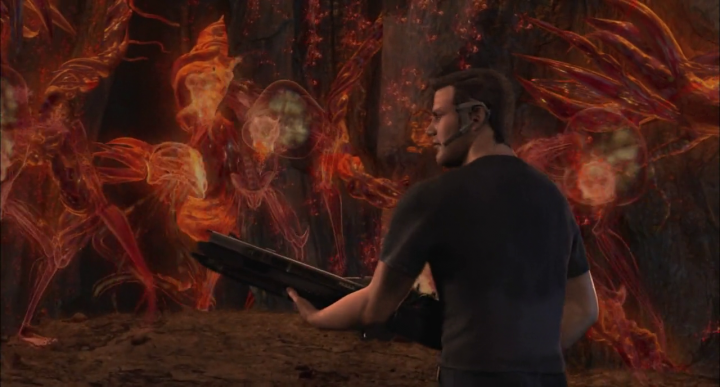 Look, in all honesty, I finished watching Final Fantasy and I could not for the life of me tell you what the f@ck was going on. I’m no idiot, but this film is either operating on a level I’m too thick to understand or its just plain bollocks. Aspirationally opaque, beset with weird philosophy and pseudo-science merged with religious subtext, Final Fantasy has the balls to be one of the most visually stunning films of all time (I still rank it as an Avatar-level visual experience) lumbered with one of the worst, most boring, most awful plots ever devised for a film of such a budget. Made over four years with a skyrocketing budget of some $130m+, Final Fantasy failed to recoup its production costs after audiences cottoned onto the fact that this movie’s premise is as stupid as it is beautiful. That is, very.

The central character is Aki Ross (voiced by Ming-Na), a digital creation purportedly designed as the world’s first “digital actress superstar” who would appear in a number of films in different roles, a vaguely appropriate approximate to the central character in the Al Pacino flick S1m0ne. The character herself is particularly bland personality-wise, which is telling because as a digital creation she’s really rather brilliant. Rendered to perfection, the humanoid characters in Final Fantasy are of a complexity not seen at that point in cinema; perhaps that was the lure of the film originally, but it doesn’t hold up by today’s standards. While the effort put into Aki and her companions (voiced by a variety of famous tones) is stellar, the film’s story falls apart around them, a hodge-podge of weird spiritualism that never grabs the audience with any conviction and is just there, like Scientology, ripe for laughing at. 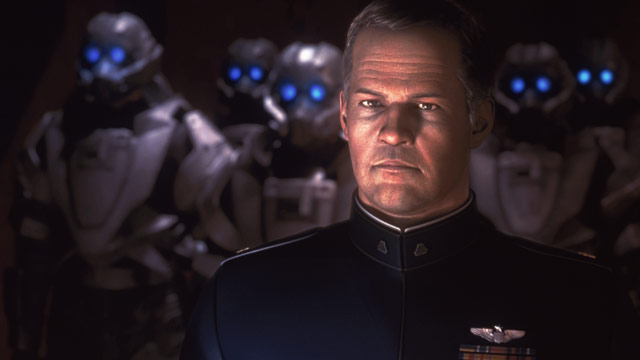 The plot of the film is hard to fathom beyond the superficial “ghosts attacking humanity” stuff, because they seem inordinately difficult to defeat. Normally, in films like this, you have an Enemy, a Way To Defeat The Enemy, and a hurdle for the heroine to overcome in order to Defeat The Enemy and save the day. Final Fantasy kinda skips over the Way To Defeat The Enemy thing amid exposition so daffy and nonsensical I must have accidentally mistaken it for a baffling medical diagnosis. Gaia? What the f@ck is a Gaia, and why the hell should we care? No idea, but the film hammers and hammers this crap until it’s not possible to extricate itself from the ponderous wafflings of Donald Sutherland’s breathless exhortations or James Woods’ manic villainy in spite of Ming-Na’s lilting tones.

My initial misgivings about revisiting this film weren’t for naught: Final Fantasy is a fantastic bore, a mediocre story wrapped in admittedly gorgeous visuals. Sad to say it, the end result is a film so confusingly obscure and irrelevant to the audience it’s a stark contrast to the beautifully rendered CG landscapes, effects and alien design you might have expected. Tediously scripted and confusingly told, Final Fantasy isn’t the film you hope it’s magnificent trailers and superbly rendered opening sequence set you up to watch. In fact, it’s just bloody terrible.

4 thoughts on “Movie Review – Final Fantasy: The Spirits Within”