U571 is one of those films that suffers badly under the spotlight of history. Not our history so much, morseo Hollywood’s history; in telling its Action Film Plot about how America managed to obtain the secret codes for the Nazi Enigma Machine (which wasn’t the case – Britain got there first) via a stolen Nazi U-boat (but the real U-571 wasn’t even in the same location at the time the film is set, not to mention her fate here is nonsensical compared to that of the actual craft) it subverts historical record for the sake of dramatic license and effectively becomes the most authentically un-authentic depiction of naval combat seen on the big screen. 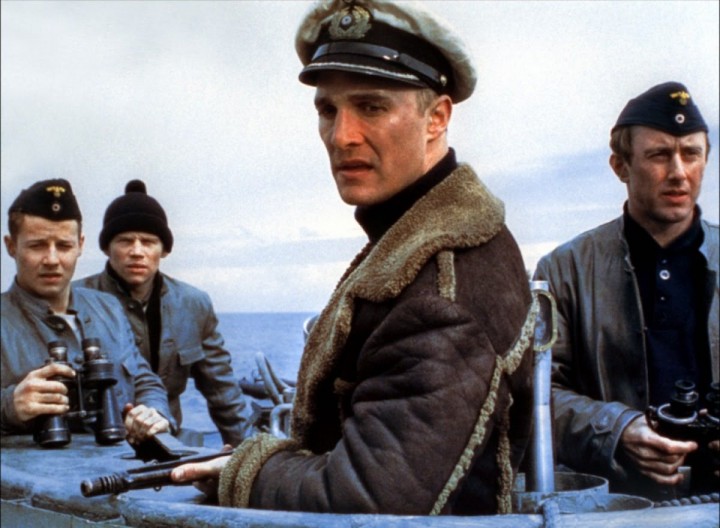 U571 comes from a place where if Hollywood money is going to be spent, it better damn well be spent on a story American audiences want to see: to wit, wartime Yanks kicking Nazi ass and saving the day. Far be it for Hollywood to actually consider that audiences would accept the truth before cultural appropriation on this scale, but U571’s intentionally braggart tone and sense of US entitlement does tend to rankle the nose somewhat on deeper examination.

Basically, a group of US naval personnel attempt to board a Nazi U-boat with the intention of stealing the codes for the super-secret and nigh unbreakable Enigma code machine, in order to gather intel about the German operation and to thwart attacks at sea. Led by a stalwart Matthew McConaughey, a solid Bill Paxton, and Jon Bon Jovi of all people, the film is an ensemble work of largely then-unknown actors doing their best to approximate an English-language version of Das Boot without the raw tension and more of the explosions. My condescending tone belies the fact that as a work of pure parallel fiction, U571 is a terrific action film, and has more working in its favour than against it, but it’s a steep hill to climb when you realise that the film grossly over-represents the US military’s Enigma-catching potential at the time, as well as the most basic fundamentals of time and space.

All that aside, U571 works as pure escapism. Director Jonathon Mostow, coming off Breakdown and well before Terminator 3, gives the film a real gun-slinger approach to action, from the lavish set-pieces involving depth charges, the obviously water-tank filmed sinking submarine sequences, to the nail-biting high-seas chases that occur within the film’s twisting plotting. Hard to believe the film is co-scripted by one David Ayer, better known these days as the guy behind End Of Watch, Sabotage, and Suicide Squad, no less. The massive ensemble swirls around McConaughey, doing his best to act well older than he really was, as Lt Tyler, and although much of the film engages in sweaty men underwater with flickering lights, or at the very least the whispered, sonar-ping-accompanied “Splashes!” trill of terror, in the cold light of reappraisal the film sinks to a soggy conclusion well before the story earns it.

To be honest, there’s better action movies out there, and there’s better submarine movies out there – Das Boot and Crimson Tide among the two I can think of off the top of my head. U571 cribs from a lot of them, and doesn’t really bring much new to the table (it even steals outright the “sailor dies trying to mend a crucial pipeline within the vessel” plot point that Das Boot did so well) in the face of overwhelming production value. Key plays like Harvey Keitel, Jake Webber and David Keith, as senior sailors aboard the boat until things go all pear-shaped, provide ballast to an energetic, if occasionally anaemic tumult of personalities mixed in confined quarters, set against the terror of World War II, but the film’s continual undermining of its own significance is detrimental to the overall effort.

My memory of U571 as an action film is far kinder than the one I have of a historically accurate, or at least historically persuasive effort by Mostow and his team. As a pure action exercise U571 nails the requisite beats and thunderous explosive delivery, combining muscular visuals and sterling sound design to really drag the viewer inside the titular U-boat as it scuttles between depth charges. As a historical salvage, U571 is destitute, a meaningless, cock-eyed evaluation of real men’s lives given up in pursuit of defeating the ultimate evil, and for that the film is nigh unforgivable. Approximating Michael Bay’s intransigent Pearl Habor somewhat, if for nothing at least that film didn’t try and deviate from actual history too much that it detracted from the story overall; U571’s unforgivable rewriting of naval warfare’s historical timeline is a poor choice indeed for a film so earnestly competent in execution.