Disney’s 1950 animated masterpiece, Cinderella, is exactly the kind of film that drives the hardcore feminist movement crazy. Based on the Charles Perrault version of the classic fable, Cinderella tells of a beautiful young woman who lives with her hideous step-family following the death of her beloved father. Although of noble birth, Cinderella is used as a servant by her step-mother, Lady Tremaine (credited as such, but never actually stated within the film), keeping her family home clean and tidy while her ste-sisters, Drizella and Anastasia, bully her and demean her. One day, the Handsome Prince invites all the ladies to the ball, in order to choose a wife; Cinderella, together with the help of her doddery fairy godmother, attends the ball in disguise, and the Prince falls for her. However, after leaving in quite a hurry, Cinderella leaves behind a glass slipper, to which the Prince declares that the owner of said shoe will be his bride. The search is on for the maiden who it fits, but the evil step-mother and her spawn will stop at nothing to prevent the Prince from finding Cinderella. 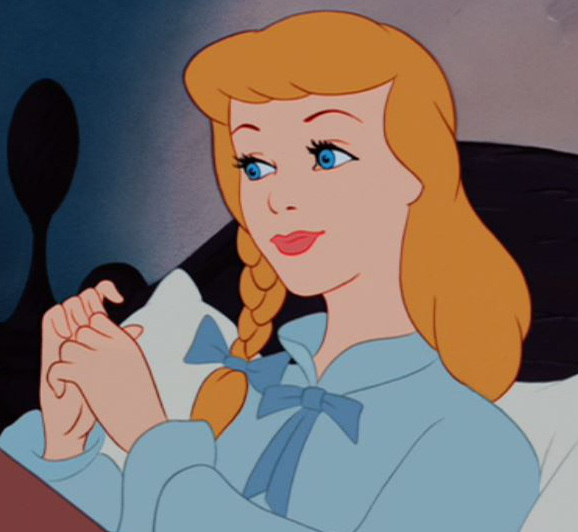 Rather than concern this review with the obvious sexist misogyny and rampant misaligned fantasy elements, I think I’ll avoid controversy by focusing primarily on the technical aspects of Disney’s hugely successful interpretation of the story. If you were ever a child, or had children of your own, you’ll understand the ubiquitous nature of Disney’s version – the story has been done previously and since, albeit not with the same market saturation or pop-culture whiplash – so recounting the story itself is a fruitless exercise: you’ve either seen this, or never intend to. Plus, for a film coming up on 70 years of age, “spoilers” aren’t really applicable. Hint: Cinderella gets the guy.

As the first feature film Disney made following the end of World War II, Cinderella had to be a success. Mired in debt, the fledgeling studio had endured a string of box-office failures – Bambi, surprisingly, wasn’t an immediate hit, and so Cinderella returned the studio to the fairy-tale genre which had launched it so successfully into the realm of movie-making. As with the rest of Disney’s Walt-led canon, the animation on this movie is superb. Clean lines, dexterous physicality and a kind of 50’s sensuality and patriarchal idealism lends itself to Cinderella’s literal rags-to-riches story. 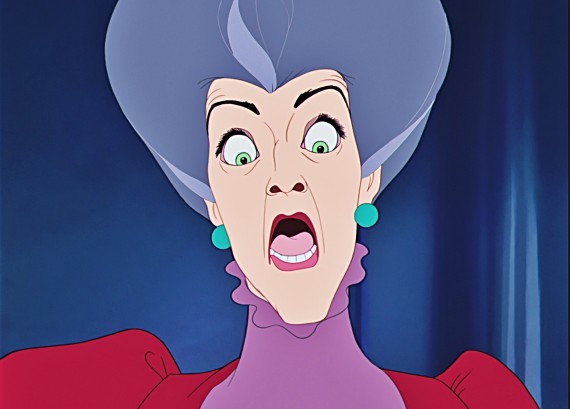 The vivid colouring surrounding Cinderella herself, especially during the dress-changing sequence and her arrival at the Prince’s ball, are terrific, and the film’s “effects” animation is brilliant for the simple fact it’s all done by hand. Unlike modern 2D animated films, which combine CG and hand-drawn animation, Cinderella, similarly to Disney’s Pinocchio, features some of the best fine-detail animated work the period would produce. The film retains Disney’s childlike approach to film at this stage – the anthropomorphic mice and cat involved in a protracted slapstick comedy sequence are less realistic than the majority of the film’s supporting work, but the humour remains a nice touch, so you can forgive this. The Prince (Charming) is as Aryan-handsome as a cartoon will allow, fairly bland and devoid of personality other than simply “needing to find a wife”, thanks to the constant badgering of his father, the King, and the King’s hapless Grand Duke, who is tasked with finding the young monarch-to-be with a wife. 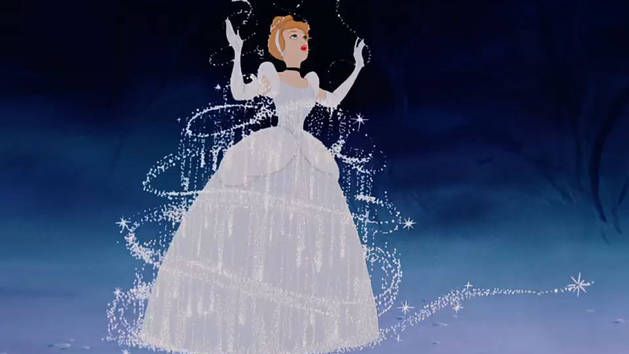 Naturally, the evil step-mother is suitably dragon-like, both in voice (a delicious Eleanor Audley, also known as the voice of Maleficent in Disney’s Sleeping Beauty) and design. She’s awful to Cinderella, a cruel and evil person without redemptive qualities (Angelica Huston personified the character even better in Ever After, which appropriated the story and cast Drew Barrymore in the role of Cinderella) and to whom we find immediate hatred. The devilspawn known as the twin step-sisters are equally galling; both Anastasia and Drizella are talentless, ugly, entitled brats who assume they’re great but really are not. Given the simplistic nature of the original story, it’s hard to see how Disney might have imbued even the villains with a weighty sense of depth, so the film doesn’t – everyone here bar Cinderella is a caricature of mythological shallowness, singularly 2-dimensional avatars of purpose devoid of grey shades.

Look, Cinderella has a place in cinema history because not only is it a good story (and the most kid-friendly version of the story I’ve seen to-date) but it’s superbly animated by a team of artisans. From design and execution down to voice cast and music, Cinderella is perfect. Spurious child educators will look to its subtext of girls finding the right man to marry as their sole designation in life as an argument against the film, but come on – it’s a fairy tale designed to entertain, and an outright fantasy. Rant over. Cinderella is excellent.