It’s fair to say The Visit had the odds stacked firmly against it. First, it’s a found footage film, a genre mined to death and beyond by Hollywood’s insatiable desire to gouge every cent from a profitable venture. Increasingly over the years, the formula has worn this with both audiences and film-makers alike – the films get worse, less inventive, and the audiences find little to interest them. Second, the director is M Night Shyamalan, a man who exploded onto the scene with The Sixth Sense, and rapidly freefell into The Last Airbender by way of Lady In The Water, The Happening, and the abysmal After Earth. Combine both potential problematic elements and The Visit could have been an utter car-crash of a film. Could have. But isn’t. 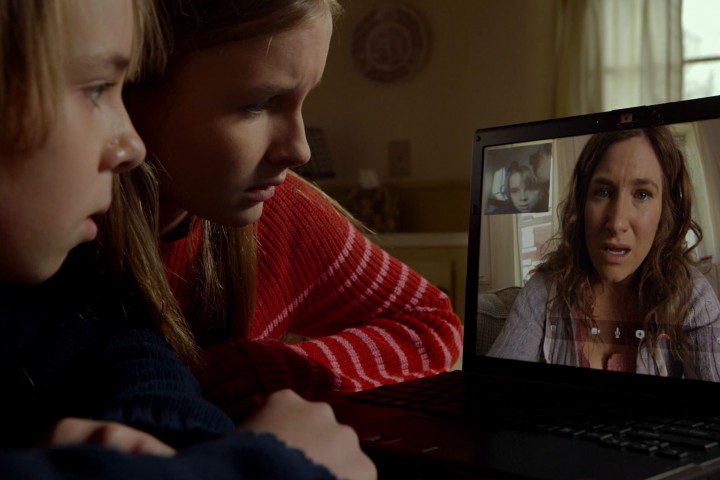 Plot synopsis courtesy Wikipedia: Rebecca (Olivia DeJonge), also known as Becca, and Tyler (Ed Oxenbould) prepare for a week-long stay with their grandparents, John (Peter McRobbie) and Doris (Deanna Dunagan), while their mother, Paula (Kathryn Hahn), goes on a cruise with her new boyfriend. The two kids, who have never met their grandparents, intend to film a documentary about their visit. Paula has not seen her parents in fifteen years, after she eloped with her high-school teacher, Robert, who has since left her. She tells Rebecca little about the disagreement she had with her parents, suggesting that Rebecca ask them for more details. Upon arrival, Becca and Tyler start to notice some strange behaviour in their grandparents – as the week wears on, it becomes apparent that all is not right with the elderly members of their family.

I guess because creepy old people are creepy, The Visit works quite well as a sneaky little thriller. A simple little premise and some terrific cinematography, coupled with enthusiastic leads by both DeJonge and Oxenbould, make The Visit as effective as a found footage film is ever likely to be. The main aesthetic to a found footage, particularly scary ones, is the “something in the corner of your eye” jump scare, the sudden focus on a background or sideeye image that jolts the audience, and The Visit does this in minor moments – rather, it subjects the audience to full-frontal frights, as our lead oldies go around behaving weirdly as the kids start to suspect the worst. 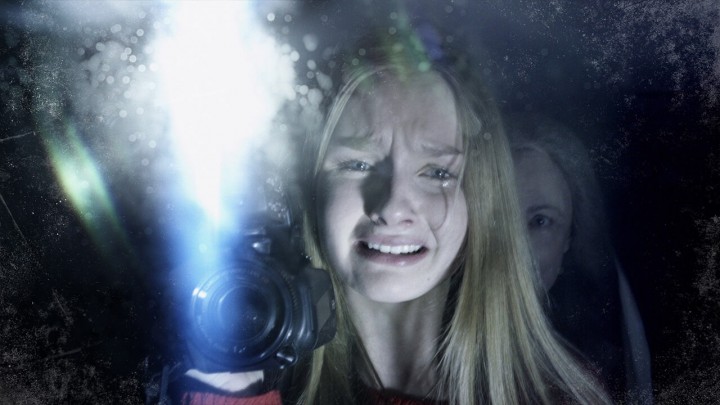 Shyamalan, who worked wonders with both Sixth Sense and Signs, and to a lesser degree The Village and Unbreakable, finally finds his mojo with The Visit’s slowly ratcheting sense of unease. The film is placid enough early on, but inevitably the creep kicks in and the train well and truly comes off the rails; Shyamalan’s sense of cinema is on song again, from both his angles, editing, sense of timing and, naturally, sound design. Shyamalan’s films always have superb sound design, typically with a naturalistic flair that pounds through the soundstage with a frisson of electricity that zings the audience and amps up the tension. The minimal use of score – poor Paul Cantelon must feel gypped for signing on, I guess – and the hyper-realistic foley and effects will have you slowly gripping the armrests tighter and tighter as the film goes along.

The Visit is led by two fine performances by Olivia DeJonge, who gives Becca an “older sister” resilience and maturity, while Australian actor Ed Oxenbould (Paper Planes) gives the film a sense of comedic timing, as the insouciant and flippant Tyler. The film asks a lot of them, particularly in the latter stages, and both young actors deliver. Naturally, the “villains” of the piece would be Peter McRobbie and Deanna Dunagan, as John and Doris, who go further and further into cuckoo-land crazy as the film progresses: you get the sense that both senior actors had a ball acting so cray-cray, and the sense of menace to their actions is palpable.

The Visit is a competent, often freaky, creepy slick-thriller from Shyamalan, who hits a home run in a genre I’ve long grown tired of. Well defined characters in the form of Becca and Tyler, an inventive use of the found-footage motif, and a genuine sense of terror make this film a real blast. I’m glad I can report that just maybe, maybe, the Night we all longed for has returned.