For a comedy, The Circus doesn’t start that funny. In fact, the film provides us with one of the least funny characters in a Chaplin film – the proprietor and ringmaster of the titular circus is an odious, physically violent, ill-tempered asshole who beats his own stepdaughter (no idea where the mother is) and continuously threatens his employees with redundancy. In spite of this, The Circus is deliriously inventive comedic fun, a tribute to the sideshow and a middling romance as well. 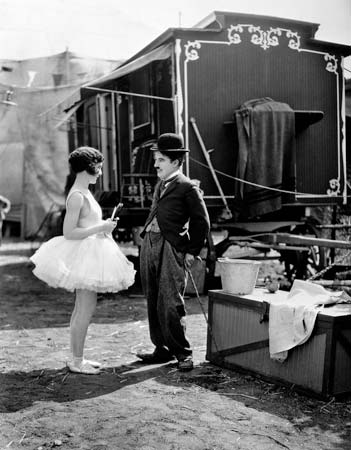 After being mistaken for a pickpocket, local police chase the Tramp (Chaplin) through a circus, where he unwittingly becomes the funniest act in the show. The ringmaster (Al Ernest Garcia) hires him to work for the circus, but after trying to be funny, the Tramp proves himself less useful than the ringmaster first thought. After stumbling into working as the show’s property master, the Tramp again becomes a hit, prompting the ringmaster to pay him simply as the lower ranked job while wringing the money from a public willing to see his antics. Meanwhile, the ringmaster’s stepdaughter (Merna Kennedy) is punished for failing to complete her acts correctly, leaving her often resigned to working as a slave for her odious stepfather. The Tramp starts to fall for her (naturally), until a replacement tightrope walker, Rex (Harry Crocker), arrives to sweep her off her feet.

The Circus features a number of stand-out Chaplin “action” sequences, including one involving a hilarious chase through a sideshow Hall of Mirrors, as well as the Tramp’s oblivious clowning in the middle of the Big Top’s main act. Chaplin puts the Tramp through his paces with physical comedy here, what with vaudevillian pratfalls, slapstick and gurning mercilessly at the camera being the triumvirate of shtick the little master had going for him. At one point, Chaplin becomes stuck inside a cage with a sleeping lion – only to find a yapping dog threatening to wake the beast and cause the Tramp damage. A grand-finale sequence involving the Tramp trying to one-up Rex’s act, in which he tries to cross the wire accompanied by a trio of monkeys who seek to undress him, is uproariously inventive and the pinnacle of the film. Chaplin’s little aside-mannerisms, such as his hat adjustments and fiddling with his off-center cravat, as well as his references to camera bringing the audience in on the joke, are as honed as ever here, giving the scallywag character typical broad-range appeal with his visual craft. 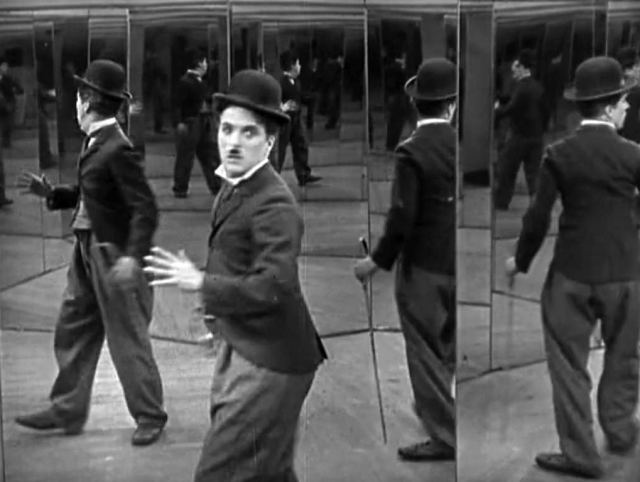 While it excels in the humour department, exclusively while Chaplin is on the screen (which is most of the time), The Circus does suffer from a fairly unenthusiastic romantic sublot; the Tramp never really appeals as a romantic leading man, so when he tries to play the part it really feels a little silly (not in a good way), and Chaplin’s fawning over Merna Kennedy’s role as the leading lady is the weaker aspect to the film’s generally whip-funny wit. The addition of Harry Crocker’s straight-up debonair alpha-male role as the subordinate romantic role, and obvious choice for Kennedy’s impish waif, is the stock-in-trade for Chaplin’s hapless Tramp, personifying that the good guy doesn’t always get the girl.

Although it lacks the subtext of Chaplin’s later works, The Circus is up-front funny when he’s doing his usual stuff, and pretty bland when he’s not. For me, the film becomes sidetracked by focusing on the romantic elements of the story, and when it points in that direction, it kinda runs off the rails. But through sheer manic personality, Chaplin’s Tramp essays through another cinematic adventure in which he largely remains the same start-to-finish, chicken-legged off into the distance as the film ends; moments of utter brilliant mixed with forgettable “story” make this a mixed bag compared to Chaplin’s greats, but it’s worth a look in any case.