Frenchman Philippe Petit should count himself a lucky man: it’s not often a street performer has two major motion pictures dedicated to his act of courage in 1974. Petit is best known for his brazen walk between the twin towers of New York’s World Trade Centre, suspended half a kilometre above the ground performing an illegal stunt that formed the basis of the documentary Man On Wire, in 2008, and now The Walk, a fictionalized version of events directed by Hollywood heavyweight Robert Zemeckis. The idea of a high-wire between the towers is fundamentally insane to me, and since I’m blessed with a deep-rooted fear of unsecured heights, the concept of a feature film depicting this event on the now-destroyed buildings in full IMAX vertiginous glory fills me with dread. A filmmaker of the class of Zemeckis, who has made a name for himself as a director of event films featuring state of the art visual effects (Forrest Gump, Cast Away, Flight) would naturally bring his A-game to a story surrounding such an iconic piece of New York’s history, and coupled with a dynamic cast including Joseph Gordon-Levitt and Ben Kingsley, The Walk had the pedigree to bring this captivating – and terrifying – story to life in a way we’d never seen before. 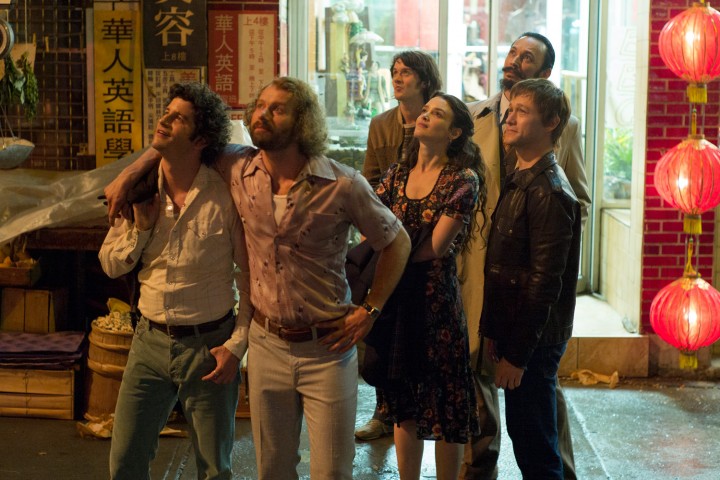 Philippe Petit (Joseph Gordon-Levitt) is an up-and-coming street performer working in Paris, where he dreams of becoming a famous high-wire artist. Training with legendary circus owner Papa Rudy (Ben Kingsley), Petit and his girlfriend Annie (Charlotte LeBon), a fellow street performer, together with a team of assembled French bourgeois willing to help, travel to New York to bring Petit’s dream to life. Dodging construction workers still completing the as-yet unfinished North Tower, and security guards patrolling the superstructure all hours of the night, Petit and his team accomplish the unthinkable: they connect the Towers with a wire, and Petit steps out onto it.

The Walk is a metaphor for facing one’s fear, of stepping into “the void”, as Philippe calls it. Petit’s dream of conquering the unconquerable, the twin towers, escalates his own personal doubts, which prove more interesting than the actual stunt itself (at least to me, anyway). Based on Petit’s book “To Reach The Clouds”, the screenplay is pretty much a potted play-by-play of the plan (or, as Petit himself refers to it in the film, “the coup”) to string a wire between the towers, including access to the roof of both, getting the required wares and harnesses in place, and obviously not getting caught. The tension of the mission, particularly as it gets within the infrastructure and onto the roof of the WTC, begins to ratchet up considerably, and that “void” begins to get closer.

Part of the problem I had with The Walk was that the screenplay seems more focused on the walk itself, rather than the character of Petit, or his group of French and local anarchists. Joseph Gordon-Levitt, an actor who is slowly becoming the kind of performer who vanishes into a role completely, and his work to-camera which narrate the film and close up time-gaps is pretty cool, and he essays the French aspects of the man with ease. Yet, for all Gordon-Levitt’s dashing, sweaty, nuanced performance, I didn’t connect with him as I assume Zemeckis and co-screenwriter Christopher Browne hoped I would: I knew as much about the personality of Petit at the beginning as I did at the start, which is that the guy has a singular motivation about getting to perform the most astonishing acrobatic stunt in history. But as a guy? Not so much: he treats his crew with a barest hint of arrogance (hubris, I think) and his girlfriend like a muse, but exactly what drives him isn’t really made clear. 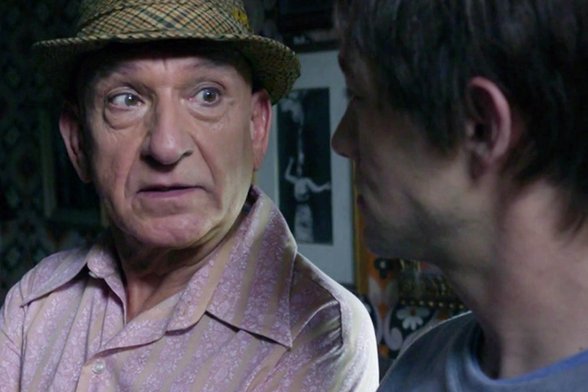 It’s this imbalance (ha!) between character and plot conceit that thwarted the film really affecting me. Sure, the death-defying high-rise action of the latter half, when Petit and his crew pull off one of the great acts of industrial insertion dodging the most numerous guards ever to stroll an unfinished skyscraper (really, there’s guards practically everywhere in the then-unfinished WTC, all menacingly wandering around the exact part of the building Petit and his crew are using… perhaps it’s accurate, I don’t know, but it felt like Zemeckis was plying the suspense just a little too thickly) is some of Zemeckis’ finest work, but with its opening third set-up as a dramatic work it lacks the depth of character to carry that weight. Instead, the final half becomes a special-effects driven caper flick. Zemeckis eschews Petit’s development and replaces that with high-octane wire-stretching, wire-walking, and inevitable euphoria as Petit finally steps out onto the connection between the towers.

And yet, Gordon-Levitt’s performance elevates the film considerably, largely thanks to his obvious enthusiasm. With a flawless French delivery (correct me if I’m wrong, dear reader) and an intensity required for a man of Petit’s obvious ferocity for his dream, Gordon-Levitt provides the film with an enthusiastic, driven core, a heartbeat of French passion mixed with human idealism. Vertiginous in both height and scope, The Walk’s large-scale setting is narrow-focused on Petit’s accomplishment as he makes his first walk across the wire; it’s nail-biting stuff, although given a sense of introspective joy as Petit accomplishes what he set out to do. What, you think he doesn’t? Ha, spoilers.

The supporting cast do solid if entirely unmemorable jobs as Petit’s “crew”. James Badge Dale plays a New York-based Frenchman who aides Petit’s team with electronic assistance, and is hilariously gruff, while Charlotte LeBon, as Annie, provides emotive but utterly ineffectual support. In fact, the entire cast swirl around Gordon-Levitt with their period-detail costumes, hairpieces and dead-on accents, but of all those I felt for most, it was the relatively minor role from Ben kingsley, as Petit’s mentor Papa Rudy, that worked the best for me. Kingsley brought a sense of paternal trust to the film, an Obi Wan-esque soul to a film designed to scare the living shit out of most peoples. 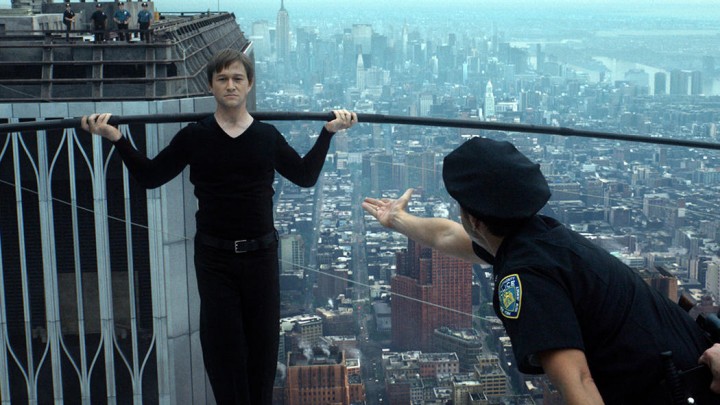 No review of The Walk would be complete, however, without some discussion over the film’s spectacular visual effects. Obviously the Twin Towers no longer exist to film on, and New York has moved on since the awful events of 9/11; not only are there new buildings on the site, but the city’s landscape has changed considerably since 1974. Similarly to Peter Jackson’s King Kong, which replicated 1930’s New York City in exacting detail to allow visuals of it once Kong ascended the Empire State Building, Zemeckis has crafted one of the most detailed from-above depictions of 1970’s New York City I’ve ever seen. The city stretches out on all sides of Zemeckis’ WTC set, from the Hudson to Queens to Midtown, and the attention to detail is immaculate. To be expected, of course, from the man who gave us Tom Hanks standing next to both Kennedy, Johnson and Nixon. Placing the Towers back into the skyline of New York is one of those skin-prickling moments, particularly for those of us old enough to remember 9/11 in detail, but Zemeckis pulls it off with grace and no hint of tragic overtone.

The Walk is solid entertainment from Zemeckis. It does what it needs to as a film, and that’s captivate with a true story by enthralling, terrifying and engaging with the audience in a way only the big screen can. Although I felt it lacked the character development I’d have liked to see Petit given (particularly any, or some, flaws), given its promise of Petit’s passion for his work, The Walk is still hugely compelling stuff, particularly its “caper movie” final half. Considering you pay to see Petit walk between the Towers, this sequence lasts the entire final hour of the film, so you get your money’s worth. The Walk is highly recommended.

Other reviews of The Walk you should read…

Grog thought it was a tad long but worth the wait…

The Craggus says: “The Walk is an exhilarating, occasionally vertiginous, affirmation of the beauty and power of performance…”

Peggy felt it was a frustrating missed opportunity.

2 thoughts on “Movie Review – Walk, The”