The career of Indian-born Hollywood director Tarsem Singh is one I’ve followed since his evocative feature debut with Jennifer Lopez’ The Cell, back in 2000. While his output has been relatively sparse, with only five films to his name (including this one), Singh has provided plenty of unique, beautiful, and head-scratching films for audiences to ponder. I once described his style as “genuine poetry in motion”, Singh’s detailed film style and beautiful imagery often mitigate whatever impact the stories he tries to tell, such as with the emotional abyssal Immortals (starring current Superman, Henry Cavill), while 2012’s Mirror Mirror is a hauntingly magnificent mounting of the Snow White story lensed through a Neverending Story-styled visual aesthetic. Singh could be considered a director of style over substance, such is his ability to generate magnificent moving imagery that is stunning to look at – but he’s never really made a film one might call “mainstream”, until now. 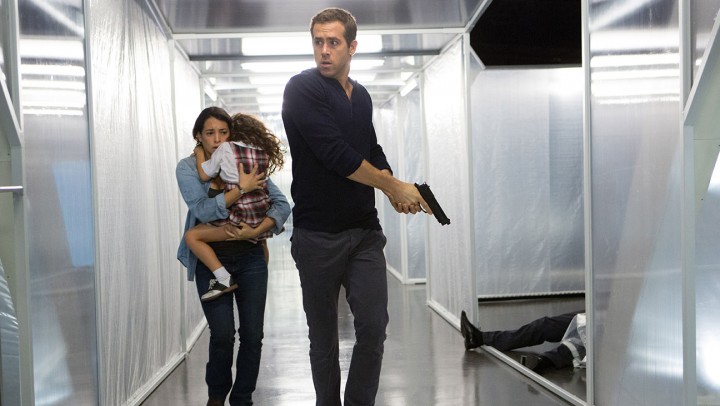 Wealthy businessman Damian Hale (Ben Kingsley) is dying – cancer has riddled his body, and he’s succumbing faster and faster to the disease; unknown to even his business associate Martin O’Neill (Victor Garber), Damian has made contact with a company, led by Professor Albright (Matthew Goode), which can allow him to live longer via the transference of his mind into a genetically superior body. Following his “death”, and assuming the identity of Edward Kitner, Hale wakes after the mind-swap in the body of a young man (Ryan Reynolds). Holed up in New Orleans, Damian befriends a local, Anton (Derek Luke), and the two strike up a friendship; Anton also provides a way for Damien to get into the local social scene, where he spends weeks hooking up with random women. However, after forgetting to take a regular anti-rejection drug given to him by Albright, Damian begins to hallucinate about a woman (Natalie Martinez) and sick child (Jaynee-Lynn Kinchen). Seeking to uncover who they are, he begins to realize that the body he’s been given isn’t “new”, and that it has a history.

Self/less is more or less a B-movie with A-grade talent, if you count Ryan Reynolds as “A-grade talent”. Regardless, the film’s a bit of a turkey, neither compelling enough to make it a winner, nor stupid enough to make it a bomb. It’s that weird, grey area in between – suitable for lazy nights in front of the fire with a beer, Self/less’s science-fiction premise gives way rather quickly to a stock-standard run-n-gun memory thriller that, eventually, runs out of puff. Did I enjoy it? Yeah, but I imagine there’s plenty that won’t for a variety of reasons. 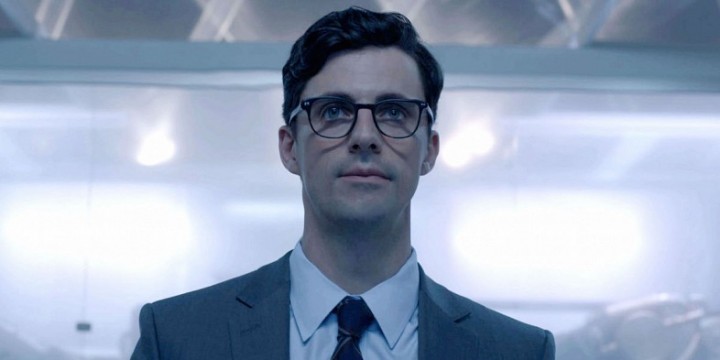 The film’s script is actually rather good, written by David and Alex Pastor, with exposition and plot-wrapping surprises coming left and right in keeping with its twisty, recovering amnesiac narrative. The story makes Damian a ruthless businessman, although exactly why he’s so antagonistic isn’t explored to the fullest in the film’s rush to get to the “body swap” moment we’re all paying to see. Damian’s an asshole, but he’s rich enough to buy more time via the body of another man, so he does – I mean, I guess we’d all do something similar if all it meant was writing out a cheque and accidentally dying somehow. The change in his personality between pre-swap and post isn’t exactly smooth either, as Reynolds tries to inject the mannerisms of Ben Kingsley’s performance (in what is essentially an extended cameo for the first fifteen minutes) into his own, but rather than give us an affecting portrayal, Reynolds slips into his glib, wide-eyed confused look and never looks back.

Yet, the story itself is compelling enough to maintain interest, even when Singh’s clumsy direction (especially during the action sequences) threatens to derail the movie altogether. As far as concepts go, the old swapping-body routine ain’t run out of puff yet, and thanks to Reynolds’ convincing – if somewhat constipated – role, the film has a sharp yet timid nature to it that’s disaffecting. Matthew Goode’s role of Albright steps straight out of the archetype of a Lex Luthorian-superscientist, as the catalyst for all this kerfuffle: Goode’s suave personification of unbridled bureaucratic nastiness gives the film a legitimate sense of threat, as underplayed as it is.  Much of the film’s emotional impact comes from Natalie Martinez as Maddie Bidwell, the widow of the man Damian’s mind now inhabits. As you’d expect, seeing your husband return from the dead is a cruelly cathartic moment, and Martinez imbues her character with a degree of humanity a film such as this probably doesn’t deserve. 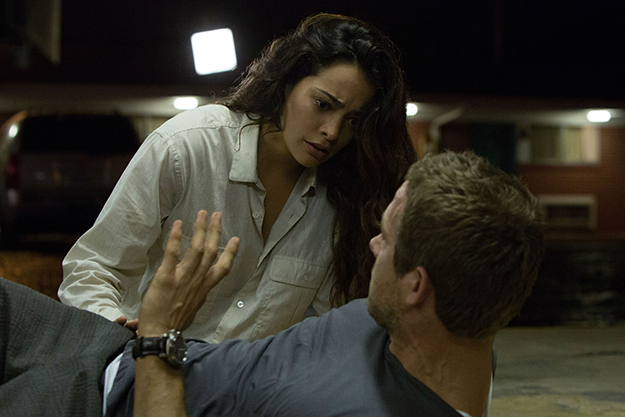 Tarsem’s direction, however, isn’t really up to snuff. The film kinda trawls through its requisite exposition, a tachycardic frisson of function serving convenience at the expense of rhythm. The film’s occasionally meandering pace is punctuated by action sequences so low-impact, so middling in tension, the film just aches for any kind of blood to start pumping through its veins. As bloodless as it is, the film lurches to various plot points and “twists” with an unswerving sense of focus, even if it mitigates style or audience participatory enjoyment. The film feels flaccid, occasionally inert – look, there are moments when things come to life, notably the initial reveal of Damian’s new body’s real past, and a spotted-the-moment-coming highway car chase, so the film isn’t entirely a wash – there’s just not enough between the action beats to hold the film up to quality viewing.

The film’s mixture of Tarsem’s unique visual sensibility and possibly studio-mandated conventionality feel inadequate – moments of Singh’s visual flair shine through (a whistlestop scene by a roadside fuel station, where Damian reveals all to Maddie, is one of them) but the film’s stuttering blandness can’t overcome Singh’s propensity to void much of his cast’s solid work through aloof stylistic choices. As Self/less kept going, it gradually began to feel more and more convoluted (comparatively, you get me?); a late-film twist involving Damian’s associate Martin is truly loopy-de-loop nuts! But I still found a way to enjoy Self/less for what it was: a diversionary escape from logic that bullocks its way through by sheer force of Reynolds’ and Singh’s will. Overlook the silliness, and you’ll have a hugely average time.