Hitchcock’s third “talkie”, made in 1930, is a far cry better than his previous two – Blackmail and Juno & The Paycock – and displays some of the terrific technical prowess the director would come to be renowned for. Murder!, based on a novel and play, tells of a woman accused of murder, whose case is investigated further by one of her actor colleagues in order to have her exonerated. Typically Hitchcockian, the mystery of Edna Druce’s murder is one resting on the innocent man – or woman, in this case – although this film is different in that the innocent woman doesn’t resolve the matter on her own; instead, one of her friends does it for her. Murder! is really rather enthralling: for a film touching 85 years old, that’s not bad. 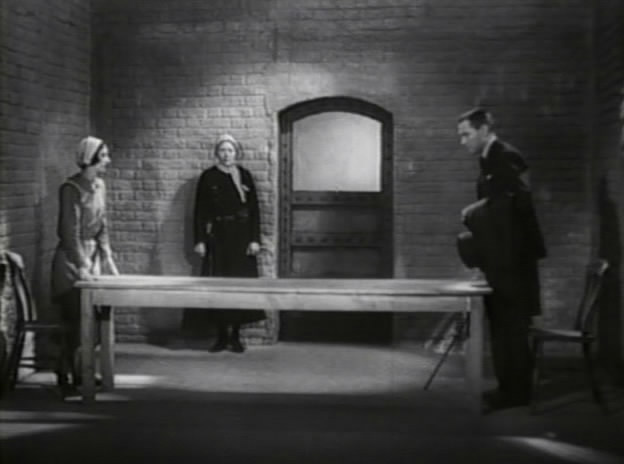 Plot synopsis courtesy Wikipedia: Diana Baring (Norah Baring), a young actress in a traveling theatre troupe, is found in a daze with blood on her clothes, standing by the murdered body of another young actress, Edna Druce. The poker used to commit the murder was at Diana’s feet, but she has no memory of what happened during the minutes the crime was committed. The two young women were thought to have been rivals, and the police arrest her. At her trial most of the jury are certain she is guilty. One or two feel that she may have a severe mental illness which meant that she really did have no memory of killing the other woman, but they are convinced that she should still be hanged lest she strike again. One juror, Sir John Menier (Herbert Marshall), a celebrated actor-manager, seems sure she must be innocent, but is brow-beaten into voting “guilty” along with the rest of the jury. Using skills he has learned in the theatre, Sir John investigates the murder with the help of the stage manager Ted Markham (Edward Chapman) and his wife (Phyllis Konstam).

Murder! is a definitive mystery thriller. As a race against the clock (in this case, the hangman’s noose) to save Diana’s life, Menier’s investigative skills become crucial to the overarching plot. Although the film lacks a sense of modern jeopardy, what with the characters all delivering their lines like they’re performing a radio play, and the plot isn’t as clever as it seems to think it is, but the film’s style and acute sense of claustrophobic menace is undeniable. Hitchcock takes the innocent person motif and wrings as much tension as he can from it; now, given the age of the film it’s unsurprising that there’s a distinct lack of narrative urgency to be found to modern eyes, but as a piece of entertainment there’s a certain 12 Angry Men feel about it. A key jury room sequence involving the particulars of the case, in which Menier puts forth the problems he has with the prosecution’s arguments. It’s a case of rage against the machine, with the machine being the jury’s inherent desire to be done with the verdict and go home; inevitably, the poor woman is found guilty and sentenced to hang.

The cast are uniformly excellent, a solid ensemble who work well with the camera and deliver the relatively thin characterizations with ease and accommodation. Leading the charge is Herbert Marshall, as Menier. Marshall strikes me as a commendably solid leading man, albeit unremarkable compared to previous Hitch stars during his silent era. Marshall is hardly a deep character, though, offering naught by way of backstory or emotional framing other than his title being an “Actor-manager”, which is shorthand for a certain type of person. 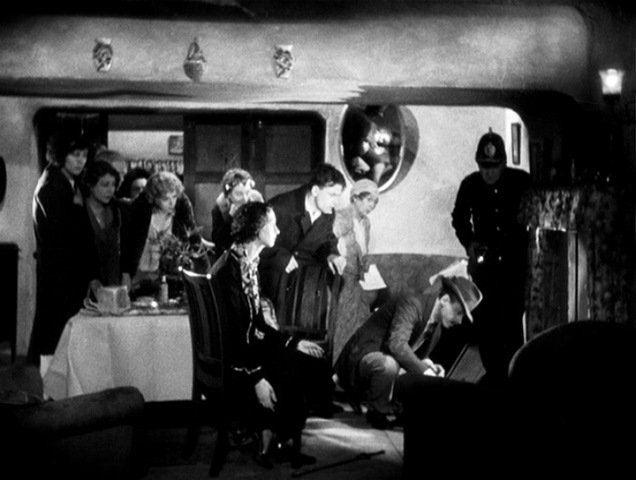 Edward Chapman makes a workmanlike job of Ted, while Ted’s wife Doucie is portrayed with sturdiness by Phyllis Konstam. Konstam isn’t the glamorous beauty of the kind Hitch had worked with previously in his career, and her character seems more masculine than anything else (that voice…. I’d hate to wake up to the 1930 Nanny Fine’s voice each morning…).

To be honest, the story and characters aren’t the thing that struck me about Murder!. Frankly, it’s Hitch’s devilish style at play that caught my eye, his use of shadow and light, his depth of focus, his framing in group shots and his use of the camera to show us all we need to know, when we need to know it. One of the earliest directors to make the camera part of the film, rather than a passive intruder into events, Hitch’s choices creatively here are nothing short of astounding. One of the film’s classic scenes, in which Menier interrogates Diana Baring at the prison, is an example of distance and isolation delivered entirely within the choice of camera angle. The shadows of prison bars strike across the background of Diana’s shots, while Menier’s appearance is more luminous, more angelic, almost as if Hitch was telling us that Menier was Diana’s savior of some holy manifestation.

As the camera pans, whip-zooms, dollies in and out, and focuses on key people within the narrative, Hitchcock tells the story through the camera rather than using it to simply display the events as impartial observer. Using his techniques, as well as some canny sound choices, Hitch elevates what is a relatively simplistic murder mystery into a captivating, occasionally thrilling affair.

One thing about Murder! is that it’s definitely fast paced. Hitchcock really zips the plot along, maintaining a fast cutting technique to catapult plot twists and turns across the screen without pause. Intercutting close ups and wide shots is generally well handled, and Hitch’s framing and shot choices are, similarly to The Lodger, just brilliant. While the lingering stodginess of Juno & The Paycock remains merely a memory, Hitch returned to his dark, starkly malevolent style with a bang: Murder! is aching, iconic Hitchcock at his powerful best. Zero fat on the plot, a terrific brace of actors delivering their best British actoring, and Hitch’s layered, evocative style, the film’s age should not be a deterrent to viewing it.