So today’s final trailer for Star Wars: The Force Awakens dropped, and like every single fanboy on the planet I watched it breathlessly, anticipating some form of mini-catharsis ahead of the film’s debut in December. Sure, the trailer wasn’t as “O.M.G.-worthy” as the earlier one in which Han and Chewie appeared in the final sting, but hell if I’m not impressed. To say JJ Abrams and his team have the weight of the world’s expectations bearing down on them is quite possibly the understatement of the millennium. Naturally, as we dissect the new trailer for all the minutiae of hints, glimpses and tidbits of possibly plot or story details, the question once again rears up: will The Force Awakens become the biggest film of 2015? 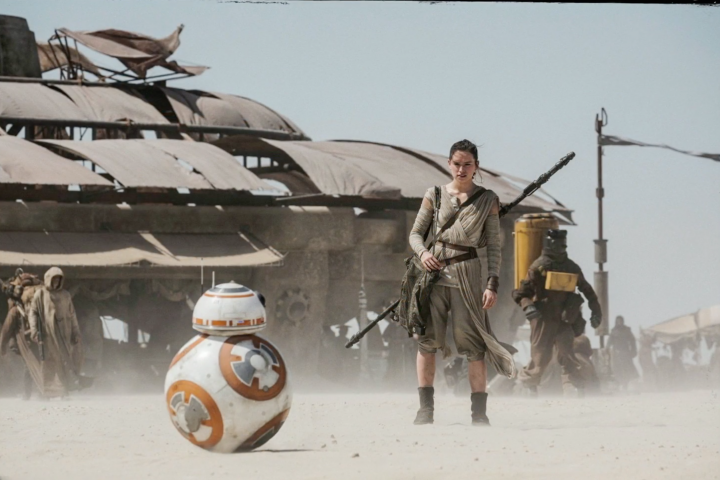 It’s a lock that The Force Awakens will decimate all; considering the fervor the second and third of George Lucas’ abysmal prequel films were greeted with in spite of their inherent insipidness, a filmmaker of Abrams’ status virtually guarantees at least a modicum of actual storytelling talent. Even if the story is poor, the film will reap massive financial windfall for the Disney Corporation, who purchased the rights from Lucas years back for the GDP of a large island nation. With the might of Disney’s marketing arm behind it (and countless trailer teasers, not actual trailers), Abrams’ legendary secrecy has kinda cracked a little – because it simply had to to – so we know more about this film now than we ever really did about many of his previous projects at a similar stage. The Force Awakens is shaping to be a monster hit for Disney.

Keep in mind, 2015 is also the year the seventh Fast & Furious film cracked a billion dollars worldwide – a staggering feat for a franchise so deep into its legacy – while Marvel’s Age of Ultron, Universal’s other franchise player Jurassic World, and Dreamworks’ aggravating Minions all cracked the magical billion dollar mark. Jurassic World sits 3rd on the all-time box-office earners list, with Furious 7 and Age Of Ultron sitting 4th and 5th respectively, while Minions currently sits at 10th on the same list. It’s fair to say that a few of those films were built on a relatively minor demographic – Fast & Furious built off the tragic death of Paul Walker, as well as continuing to ply its trade as a heist-flick-genre operator, while Age Of Ultron has the weight of the relatively recent Marvel Cinematic Universe behind it. Jurassic World, for all its faults, sought to recapture the magic of Spielberg’s 1993 original (it didn’t), and Minions made the most of those Happy Meal sales for the blip and cultural insignificance it caused on the social landscape. 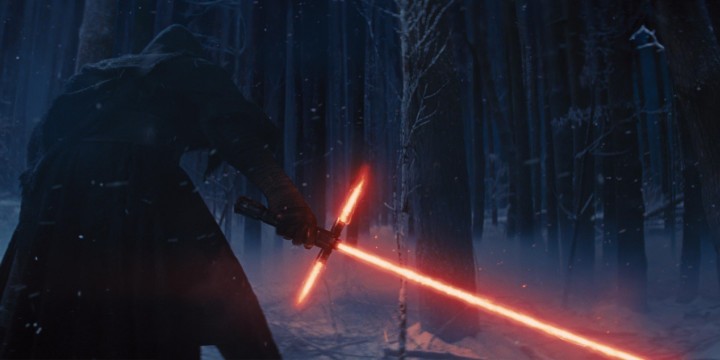 Which makes Star Wars’ potential box-office – if that’s your prime signpost for a film’s “biggest” tag – all the more salivatory. The construction team at Disney will be building Scrooge McDuck a few more money pits to house all the coin The Force Awakens is going to scrape together; considering the fact that Star Wars crosses so many boundaries in its target audience – men, women, children, ethnicity and social extremes – there’s a fair chance we could be looking at the third $2 billion dollar film. Now, before you scoff, consider it. Back in 1997/98, James Cameron’s unlikely film about a sinking boat became the first film to sneak up to and hoodwink the billion-dollar box-office mark, largely due to repeat audiences and a swelling fanbase for Leonardo DiCaprio. Then, there was Avatar, another James Cameron film to achieve the feat. Taking into account inflation and a wider audience for Star Wars, and if the film’s actually good possible repeat viewings by the die-hard crowd, there’s no reason a six or eight month run in cinemas couldn’t swagger up to the $2bn mark. If anything, Star Wars has a larger inbuilt fanbase (even moreso now than in 1999, when The Phantom Menace came along), so it stands that potential earnings, factoring in 3d showings as well, will only skyrocket.

Naturally, if the film is a debacle (and I’m gonna bet everything it isn’t) then repeat audiences will dwindle, and the film will simply have to be happy with being a $1b+ movie instead.

For all the hype and promotion and snippets and photos and pre-release fanwank, at the very heart of this is a film and the legacy of 3 much loved classics (and 3 less-than perfect clusterf@cks) to contend with. The further adventures of Luke Skywalker, Han Solo and Princess Leia (Mark Hamill, Harrison Ford and Carrie Fisher are first-billed on the official poster, which makes their roles potentially bigger than mere cameos) is something people have been craving since the closing moments of Return of The Jedi. It’s something stolen from us by ten years of Prequel madness (gee, thanks George) and now thanks to Disney, we’re set for a golden age of Star Wars films.

Following The Force Awakens, there’s a series of anthology films planned, as well as the yet-to-be-titled Episodes 8 and 9 of the Skywalker storyline; you can bet that Disney is counting on this film to really serve as a launching pad for its own branded Star Wars films, and it needs this to be a success. They’ve hedged their bets a bit with Abrams and returning franchise screenwriter Lawrence Kasdan, but the future of the saga hinges on whether Force Awakens is as good as we, the loyal fans, deserve.

So what do we make of that third delicious trailer?

Having now had time to digest the trailer, here’s a few of the things we pulled from it that we really noticed.

One of the most telling shots in the trailer lasts barely a few frames, but sees an older Princess Leia being consoled by Han Solo – she’s upset. Could it be…. Luke is killed? Somebody else is killed? Looks pretty wrenching to me.

Han and Chewie, as well as John Boyega as Finn, watch on (presumably) as some battle catastrophe occurs off-screen. Are they prisoners? Sure looks it.

Now, this unassuming shot has plenty of foreground action of TIE fighters and X-Wings dogfighting above a snowy landscape. But what is that enormous trench-like think below them all? Is it…. a trench? Is the planet opening up to reveal something? Could the new Death Star be hidden so well?

Apparently, there’s some kind of weird Chinese laundry in Star Wars. This is perhaps the most “prequel” looking shot of the trailer, IMO.

Stormtroopers in foreground, awaiting the arrival of an X-Wing fleet (background) coming to attack, so one can assume this may be the “finale” battle on whatever planet they’re on. Very old-school militaristic, in terms of tactics, by the Empire’s footsoldiers.

Just a cool shot of the Millennium Falcon being pursued by TIE Fighters on what appears to be either Tatooine or another desert planet. We caught glimpses of this sequence in the previous teasers but this trailer fleshes it out a little more.

The best look yet at the on-film Kylo Ren, the key villain of the film.

The film opens with somebody (maybe Daisy Ridley’s Rey) exploring some kind of crashed Star Destroyer – possibly the same one the Falcon flies through later in the trailer? – in a somber, evocative beginning.

He’s back. Harrison Ford plays the “old man” of The Force Awakens, back aboard the Millennium Falcon.

In what appears to be a direct reference to Luke Skywalker’s humble beginnings, Rey and BB8 wander across a desert landscape. Maybe they parked their land-speeder over that hill….

The two newbies to Star Wars, Finn and Rey, converse with Han Solo aboard the Falcon.

So, did you spot anything in the trailer that made you sit up and take notice? Anything we may have missed? Let us know in the comments below! And bring on December 17th!!

7 thoughts on “Force Choke: Will The Force Awakens Be The Biggest Film of The Year?”