Here it is! The final trailer for December’s release of Star Wars: The Force Awakens, a small, low-budget film about some people doing stuff. In case you’re living under a rock, and you don’t know what The Star Wars are, prepare to be utterly confused by a trailer that makes things even less clear than they did about a sentence ago. If you do know what Star Wars is, then congratulations, you’re part of the cool kids club.

We’re not gonna discuss the trailer much here (we’re working on a separate post for that), but all we’ll say is that this looks a-mazing. Here’s the trailer:

Now, in case you missed it, here’s the official poster for the film as well, which came out on Monday. (Click it to make it huge.) 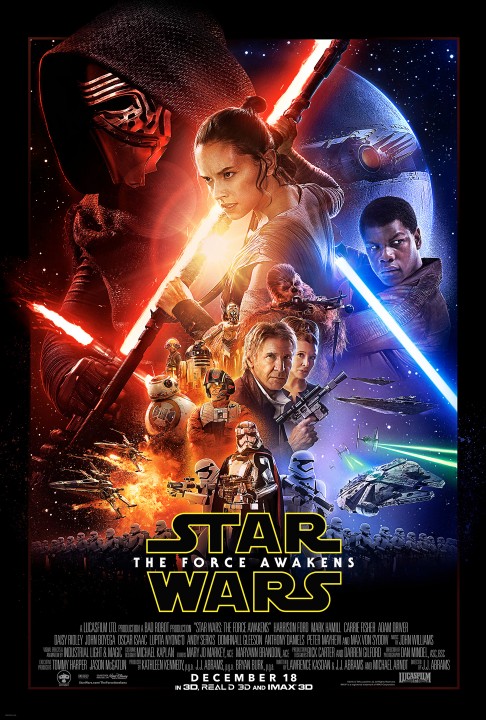