The return of The CW’s breakout hit of 2014, The Flash, to screens for its second season last week was, in a word, welcome. Heralded by fans and critics alike as a thoroughly enjoyable venture into DC’s hero pantheon with Barry Allen’s iconic scarlet speedster, The Flash quickly cemented itself as “must watch” weekly television. With a great cast, a solid (yet obviously stretched) budget and balancing the “nod-to-the-fans” and “for casual viewers” demands with skill and plot-twisting intricacy, The Flash – a companion show to the other breakout hit from the DC stable, Arrow – is the kind of show you really need to make time in your schedule to see. Particularly if you’re a fan of the superhero genre. 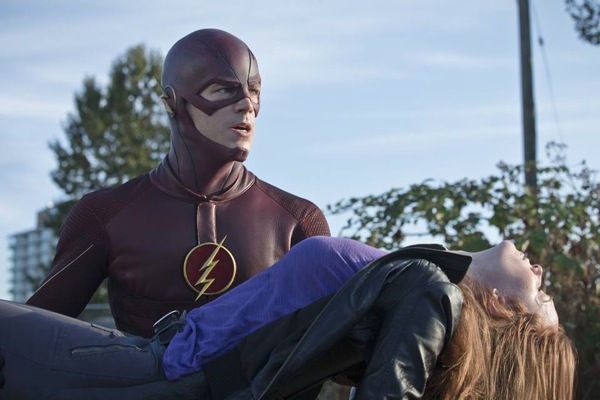 The Flash’s current television iteration isn’t its first – back in the 1990’s, John Wesley Shipp played Barry Allen in a short-lived show about the character. The Flash isn’t even the only superhero show on television these days; series such as Marvel’s Agents Of SHIELD, Netflix’s Daredevil, and Jessica Jones, as well as Agent Carter and a host of other programming saturates the media landscape, all vying for attention. All of them are by-and-large good to excellent, but it’s The Flash that I most look forward to at the start of America’s seasonal programming schedule.

If you’re unfamiliar with The Flash’s concept, allow me to explain. Central City’s key scientific laboratory, the high-tech STAR Labs, run by Dr Harrison Wells (Tom Cavanah) unleashes a mysterious energy upon the city following a botched experiment, resulting in the creation of a new kind of powered human – the “metahuman” – while also inadvertently granting CCPD forensic examiner Barry Allen (Grant Gustin) remarkable speed powers. Over the ensuing months, Barry teams with the remaining STAR Labs staff, Caitlen Snow (Daniele Panabaker), Cisco Ramon (Carlos Veldes) and Dr Wells to develop his powers and thwart the plans of those metahumans who seek to do evil with their new abilities. Meanwhile, Barry’s childhood friend, now reporter, Iris West (Candice Patton) tries to uncover the identity of the mysterious new hero, labelled “the Flash”, while her father, Barry’s boss and surrogate father, Detective Joe West (Jesse L Martin) wants to keep his daughter safe by asking Barry not to reveal his secret identity to her. During the debut season, it was revealed that Harrison Wells is actually the assumed identity of time-traveling super-villain Eobard Thawne, a nemesis of the Flash in the future, and his plan to kill Barry involves first killing Barry’s mother while he’s a young child: a crime for which Barry’s real father, Henry (John Wesley Shipp) is imprisoned falsely.

Phew. That’s a lot of plot. As with most weekly television shows, there’s a smorgasbord of subplots and ongoing central plots, a few of which I’ve missed out in my synopsis above (mainly for time), so throw in a guy who runs really, really fast, and you have a 40-ish minute episode that seems to breeze by. Part of the charm of The Flash is both its likable cast, and breakneck plotting and narrative twists. Ironic, I guess. Ha! Gustin is a wonderful Barry Allen, young and relatively innocent to a degree, but still motivated enough to do good, thanks to his “Pa Kent”, Joe West. Jesse Martin’s Joe was one of those character who kinda grew on me; I figured him for an early-season bit-role, only to find he’d become almost indispensable as a liaison between the Flash and STAR LAbs, and the Central City PD. The bond between Gustin and Martin seems genuine, and you could almost see them actually being a kinda nuclear family, were it not for the fact that Barry’s real father rots in prison for a crime he didn’t commit. 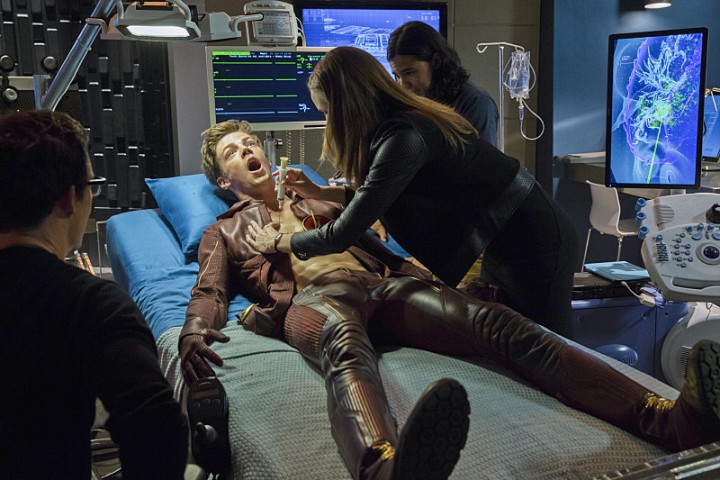 The Flash’s “villain of the week” conceit is, sadly, one of its weaker elements, although in saying that the show actually uses each new metahuman who shows up as a way of developing Barry’s abilities through combat. The overarching villain of the first season, the Reverse Flash – a yellow blur of light whose identity remains a mystery throughout much of the opening season – is well built up, a seeding scattering of clues and hints as to who the bad guy really is. Another iconic Flash villain, Gorilla Grodd, is hinted at in the opening episode, and becomes a recurrent theme throughout the show, only to be revealed late in the first season as a possible Arch Nemesis for future arcs down the track. This show seems to have nailed the “world building” aspect of its scripting.

I realize I’m raving somewhat, but generally speaking, The Flash is the kind of show you can watch even if you’re not a huge fan of superheroes. It’s an accessible drama, mixed with some nice humor-lite, and a sense of keeping the audience on its toes with reveals and cliffhangers that will elicit gasps throughout each episode. Hell, the first season cliffhanger finale saw the Flash racing up a gigantic space portal to another dimension that threatened to destroy Central City, an insurmountable challenge for the still relatively new Flash. The opening episode of the second season dealt with that rather perfunctorily, I admit, in order to get to the new season’s main arc of giving Barry a new nemesis who isn’t Harrison Wells (or the Reverse Flash, for that matter), but rather the character’s other iconic villain, Zoom (as yet, only seem in a minor capacity). 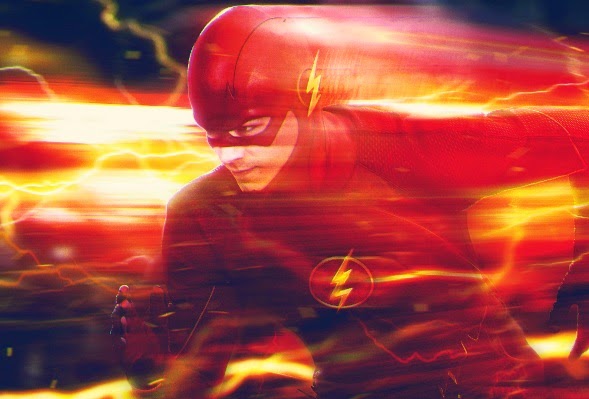 What I enjoy about The Flash is that it’s able to somehow balance between telling Barry’s story, and the subplots for the secondary character, without appearing to give anybody short thrift. Caitlen’s relationship with one half of superhero pairing Firestorm (that’s a whole other article), Cisco’s burgeoning cognitive powers (in the comics, Cisco becomes the hero Vibe), and Barry’s own infatuation-slash-unrequited-love for Iris all play out with equal focus, and this is commendable in a show built more a solo franchise than an ensemble – but the Flash, even in his comic iteration, has always been about the roster of secondary characters, one of the strongest bunch in comics history, to my mind.

Another aspect of The Flash that I enjoy is its ability to go outside of its own boundaries: as a sister show to Arrow, and soon-to-air Legends Of Tomorrow, The Flash has occasionally “crossed-over” with characters from another show, much like the comics they’re spawned from manage on an almost weekly basis. This gives the show, as well as those others mentioned, a sense of familial cohesion, as what happens in one show flows through to the others. Thankfully, it’s not obligatory to have seen the other shows to enjoy The Flash, although it enhances the experience if you have.

The Flash is a remarkable television show, given its budget and demographic and its wherewithal to accomplish a lot considering its markedly obvious television budget (I mean, the production pushes its special effects budget to its seam-breaking limits!) and it’s possibly the one show I really, really look forward to each and every week (other than Doctor Who, mind). Compelling characters, keep-ya-guessing plotting and a real sense of the character’s mythology make The Flash one hell of a rush.

2 thoughts on “Is The Flash The Best Superhero Show on Television?”