With the 9th series of Doctor Who currently in play on our television screens (yay! I love Peter Capaldi!), the usual fan hypothesis are trotted out each and every series for a number of key questions that have dogged the series since Chris Eccleston took on the role.

First: will the Doctor become a woman? Well, of course not right now, because Capaldi’s only in his second season as the Time Lord, and you’d imagine he’d stick around for at least another two or three, but once again, comment sections and message boards continue to rage about the possibility (it is a possibility ever since Missy outed herself as The Master regenerated) of a future incarnation of the Doctor being female – and who might play the role.

Second: Will there ever be a feature film of Doctor Who? 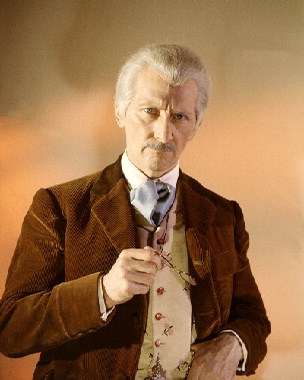 This is the issue I wish to tackle today. I know, I’m not normally into the television series discussions here on what is primarily a film review site, but Doctor Who’s continued popularity – not to mention the fact that it’s already had two big-screen film depictions in the past – makes it ripe for a possible feature adventure down the track. Personally, I’m all for the idea, and I’d love to see an in-continuity film version of Doctor Who roll through the cineplexes and dominate the box-office. But I don’t quite see that happening any time soon.

The Doctor’s history with feature films has been spotty at best. To-date, there have been two big-screen films, and one television movie, made for the Time Lord’s adventures, and only the latter was considered canon, with Paul McGann taking over from the 7th Doctor, Sylvester McCoy, in one of the franchise’s more controversial installments. The earlier film versions, both made in the 1960’s and both starring the late, great Peter Cushing in the title role, were not made in the television series’ continuity, and actually appropriated the first two Dalek serials from William Hartnell’s tenure in the role. The first film, Doctor Who And The Daleks, was based on the television show’s first Dalek serial, which screened as part of the show’s inaugural season. The second film, Doctor Who & The Dalek Invasion Of Earth, was based off the show’s second season serial of the same name – the serial actually bid goodbye to the Doctor’s granddaughter, Susan, in one of Hartnell’s most poignant moments in the role.

Casual fans may not be as familiar with the classic Who shows, especially the early 60’s stories, so it’s worth noting that the two Cushing-led features were made at a time when interest in the show, and more specifically the Daleks, was at an all-time high. “Dalekmania,” it was termed, and the rolling pepperpot machines dominated popular culture for a couple of years before gradually, interest went elsewhere. But both Doctor Who films were successful, capitalizing on fan and public interest in the series while it was so permeating the landscape.

Eventually, as the popularity of the show began to settle into regularly appreciated installments, the desire for more Dalek films, or films featuring Doctor Who, never eventuated beyond the two starring Cushing, and so the show continued for decades without any more thought to a big-screen adventure. During the show’s hiatus between 1989 and 1996’s Canadian-backed television movie, starring Paul McGann, the only thing fans cared about was getting the show back on the air. Although the final few years of the show had rated dismally (and they had, with Colin Baker’s final season, and the entirety of Sylvester McCoy’s 3-season televised episodes remaining the lowest rated of the show’s entire history) fans still held out hope of a reprieve for the Doctor – he was a British institution.

Cut to 1996’s movie, which was intended as a pilot for a reboot of the show, and history shows that never eventuated due to low ratings (possibly thanks to a lackluster marketing push). The 1996 movie starred as the chief villain The Master, portrayed by Eric Roberts (who took over from a number of actors to play the role in the show, namely Roger Delgado and Anthony Ainley), which was problematic because the film wasn’t portrayed as “big screen” in terms of its key personnel. The Master wasn’t as well known to general audiences as, say the Daleks or even the Doctor’s other great adversary, the Cybermen, so you have to wonder if people’s lack of interest with the show was due to not knowing what the hell it was actually about. 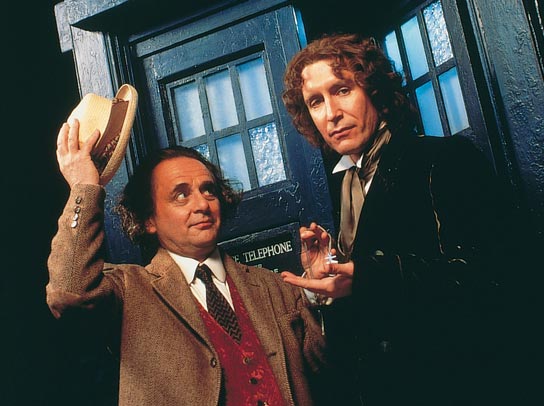 The failure of the television movie robbed us of Who for a further decade, until 2005 when the show returned to the small screen thanks to producer Russell T Davies, and led by a strong cast including Christopher Eccleston (perhaps the biggest “name” actor to ever play the role) and pop starlet Billie Piper. The rest, as they say, is history. Since 2005, the Doctor’s adventures had continued to enjoy solid ratings, as a paradigm shift in audience viewing habits further fragments the numbers by which a show lives or dies – the number of eyes on the screen. Since the revival in 2005, fans of the show have mumbled about one day having a feature film made, starring the Doctor and set within continuity (unlike the Cushing films, which were external of the television show), yet both Davies, and current show-runner Steven Moffat, have continued to play down the possibility, citing a desire to remain focused on the television version for now.

And yet, I can’t help but feel that a legitimate big-screen outing for the Doctor would once more catapult him to the forefront of popular culture; the recent 50th anniversary of the show, in 2013, where the anniversary episode was simulcast around the plant on both television and in specially designated cinema screens, proved that there is an audience for a “special” event within the Doctor’s universe. Sure, 50th anniversaries don’t come along that often, but it needn’t be a film designed around that.

There’s two ways a feature film of Doctor Who could be made today, and be considered canon, without denigrating the lure of the TV show. My favorite idea (ie, the one I’d do if I was producing the show) would take the audience back to the time before we met William Hartnell’s first Doctor in 1963 – perhaps a prequel film showing the origins of the Doctor and his granddaughter’s flight from the Time Lord home planet of Gallifrey, and their decision to journey to Earth. We’ve already had an actor play the late Hartnell’s role in a modern alternative-version – David Bradley, who was roundly applauded for pulling off the task! – so it wouldn’t be such a stretch to get him to do it again, although perhaps as an origin story we could see a younger actor play the role. Failing that, my second idea is to have the current Doctor team up with a previous incarnation, perhaps an “old” Doctor such as Sylvester McCoy, or Peter Davison, or even Paul McGann (who came back for a mini-episode for the 50th anniversary) to battle some amazing menace once more, a kind-of “all star” Doctor Who, if you will.

I’m sure there are plenty of ideas floating about, but the one constantly pushed down is a feature film occurring within continuity between seasons of the television show. The trouble with that idea is that audiences not intimately familiar with the show might take a bit to get up to speed, reducing the effectiveness of a film which needs to have adequate immediacy involved lest people become too confused. At least with an in-continuity-but-not-current feature story, you have the latitude to branch off and revisit a particular era in Who lore, or a specific monster, or a specific Doctor, and give audiences a bit of new mythology to appreciate. 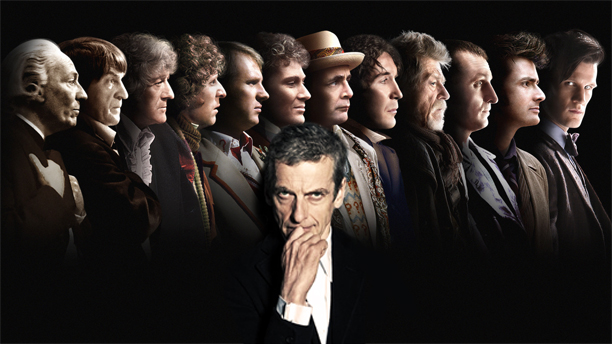 Commercially, the BBC aren’t really in any great pressing need or hurry to turn the Doctor into a film star. His television adventures continue to draw in millions of viewers around the globe each year, and the debate as to the merits of a specific actor, story, companion or overall arc continue to rage across the interwebs each and every day. So popularity isn’t an issue. Rather, it’s the need for a canvas big enough to tell a story worthwhile of a feature film. The Doctor’s standard 45 minute episodes in the current NuWho format have provided some great (and not-so-great) moments of the franchise, with the occasional 60 minute or 90 minute episode giving ample storytelling ability to the current production team.

But just imagine: a big screen adventure, with serious coin behind it to really bring the Doctor out of the television realm and back into cinemas (dare I say it: IMAX?). The Doctor is a character that could make the transition to film with relative ease, at least in terms of story potential and the save-the-Galaxy scope he employs on the small screen, so the idea of the Doctor cavorting with a widescreen frame isn’t entirely silly, nor should it be written off as too fanciful. I daresay the problem of extended franchise baggage, as well as exactly what story to tell, would be the key stumbling blocks in getting the TARDIS into cinemas legitimately. A show with as much history as Who is a tricky proposition to do right.

Knowing the BBC, they’d probably want to save a feature for a potentially confusing regeneration story – that didn’t work so well for the television movie, as I recall – but I think a feature film needs to be a stand-alone adventure featuring perhaps one or two of the Doctor’s more famous villains. It could work – with the right director, the right story, and some guts by the BBC (nah, it’s not gonna happen…) a feature Doctor could be a winner. Would a feature detract from the television show? It needn’t, depending on how they approach the film.

But tell us what you think! Is the Doctor ready for the big screen? Is he feature-worthy? Or do you think he and the TARDIS should remain on the medium they know so well – television? Sound off in the comments below!!

2 thoughts on “When Will There Ever be A Doctor Who Movie?”