As if you’d cheat on Jennifer Lopez. As if.

The Boy Next Door starts with a really crappy premise: that John Corbett, the sex symbol from Sex & The City, would cheat on a woman as attractive, put together and (apparently) intelligent as Jennifer Lopez, is the first of more than a few hurdles this film has to leap. Does it succeed? Nah, not exactly, but then, this film isn’t the smartest on the block. The second big thing the film needs to hurdle is Ryan Guzman, who turns out to be some kind of psychopath, is legitimately the most ridiculous thing in the film. The “psycho next door” routine is cliched to hell, and this film doesn’t really think outside the box when it comes to plot, character or Rob Cohen’s sturdy direction. I say sturdy because while the film functions as a convincing narrative, the idiocy of the plot and the logic-leaping twists and turns make this less an intellectual think piece on fidelity and more a reductive, jazz-hands essay in low-burn thrills. 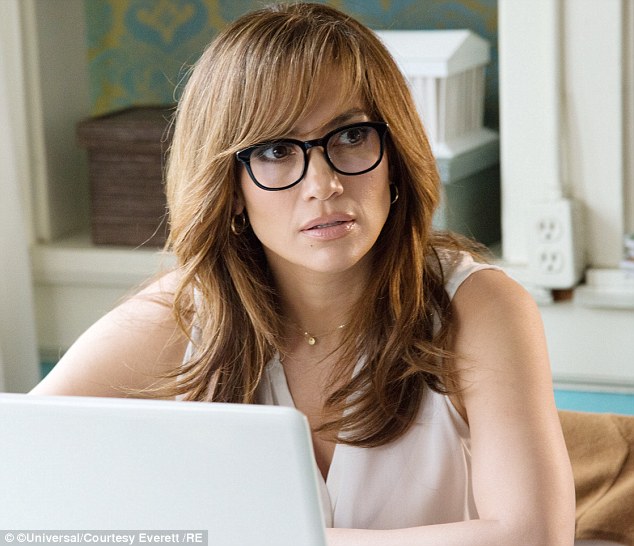 Plot synopsis courtesy Wikipedia:  Claire Peterson (Jennifer Lopez) separates from her husband Garrett (John Corbett), after he was caught cheating with his secretary. Her colleague and best friend Vicky Lansing (Kristin Chenoweth) urges Claire to divorce. Claire meets 19-year-old Noah Sandborn (Ryan Guzman) – the orphaned nephew of her wheelchair-bound neighbor – who has just moved in next door. Noah befriends Kevin (Ian Nelson), Claire’s teenage son, and begins attending his school, where Claire teaches English literature. After they have a one-night stand, Claire suddenly becomes distant towards Noah, while Noah becomes aggressive and arrogant, emotionally blackmailing Claire and becoming a complete psychopath. After fracturing a student’s skull, Noah is expelled, but continues to remain next door, a dangerous reminder to Claire of her dalliance.

There are so many gaps of logic in this film, it’s difficult to overlook. At a superficial level, The Boy Next Door’s tension, emotional gravitas and “thrills”, such as they are work in mediocre chunks, but when you start to think about it in any depth, the film unravels faster than you can say infidelity. The mixed messages of fidelity, loyalty and Noah’s psychopathic emotional jaundice come across as a totally PG “erotic” thriller, although the level of eroticism this film enjoys is at the discretion of the viewer. Guzman’s Noah, who trips the light fantastic from a too-good-to-be-true hunk next door to a ranging scare-monster who torments Claire with blackmail, violence and even, eventually, putting her family in harm’s way, is a redundant, asinine character that lacks either weight or believability within the context of the film’s own construct. 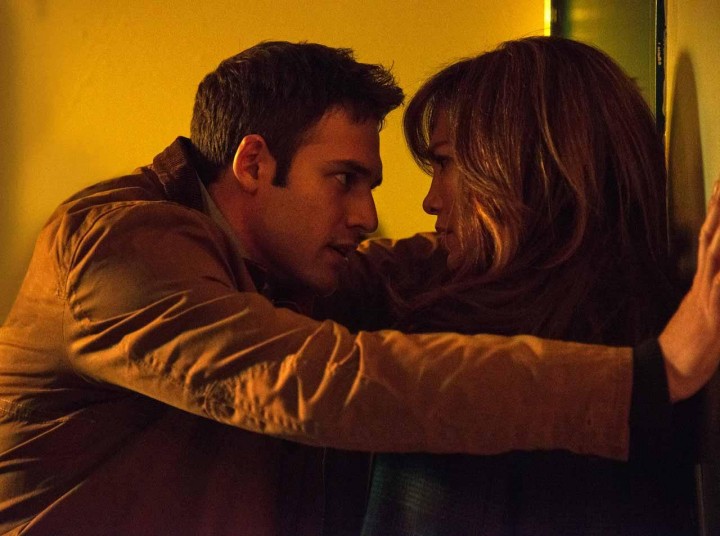 Barbara Curry’s script injects some minor wrangling of narrative, but never builds Noah as anything beyond a shallow, superficial, violent asshole. This might work in some cases, but here the film doesn’t earn the “faceless villain” at all; the majority of the film is predicated on us liking Claire, on resenting but understanding her unfaithful husband, and approximating teen angst with Claire’s son Kevin, and so to have a villain we don’t have any understanding of, a motive for, is jarring. Good villains need a hook, a great sense of either style or creepy energy, and Noah has none of those – he’s a blank slate killer – and poor Ryan Guzman isn’t that good an actor to do much beyond scowl with a hint of menace. Much of his inherent evilness is derived from the accompanying, heavy-handed score and Cohen’s solid, but generic camerawork.

Oh, and Claire herself is a bit of a nonce too. Stupidly, Claire decides she’s smart enough to take Noah on in a battle of wits; at no point does she tell anyone about her dalliance with Noah until it’s too late – she tells Vicky, which leads Noah to dispatch her rather quickly, spoilers! – and even sneaks past the police to gather intel on Noah’s past. The cop even f@cking asks Claire point-blank if there’s something she needs to tell him, but due to her misplaced sense of a ruined life (Noah’s grand plan is to…. seek revenge for his own father’s infidelity, by ruining hers) in losing her son, husband and career because she slept with Noah, she continues to make poor life choices when it comes to handling such a deranged stalker. 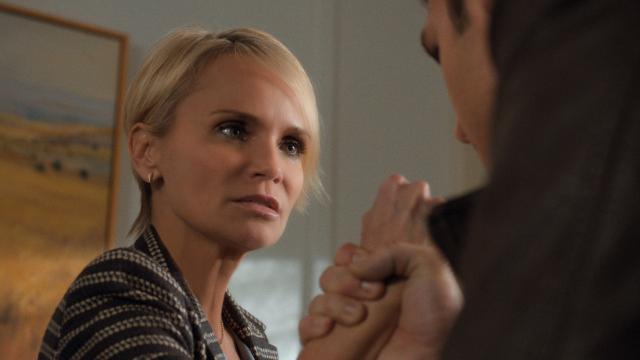 Similarly, Noah makes pretty poor choices too – what’s he going to do with Clarie when he “gets” her to himself? Lock her in a box and expect Stockholm Syndrome to kick in? Yeah, it’s a film that descends into psychotically intransigent inanity all too quickly. What’s the moral of the story? Don’t sleep with your neighbor? Don’t try and reconcile with an unfaithful husband? No, the moral is when you think you’re in danger of any kind, you f@cking tell as many people as you can. It’s a shame the film wastes its competent cast on such middling, ill-conceived narrative journeying, for it could have been a fairly interesting character piece with legitimate tension. Instead, silly constructed “twists” don’t gel, characters rely on movie-logic too much, and Guzman’s overacting (and asinine villain character) are as interesting as drying paint.

Basically, if you’re yelling at the screen to get these stupid characters to make better decisions, the film is a loss already.

The Boy Next Door is passable C-movie fare that inexplicably made a profit, although only in the financial sense. Any creative profit here was lost amidst turgid, infantile eroticism and hackneyed, illogical story points that become a bit of a chore to get through. Lopez should be commended for getting through this film with a straight face, and you have to ask what Kristen Chenoweth’s agent was thinking offering something like this to her; The Boy Next Door might be sold on the premise of JLo getting jiggy with hunky Guzman, but the buyer’s regret kicks in well before the villain reveals himself.

5 thoughts on “Movie Review – Boy Next Door, The”